Part of what makes adventure travel an “adventure” is uncertainty. Will you make it from A to B today? Where will you sleep? Where’s the next gas station? Although the world is developing at breakneck speed, there still are remote places and areas where the roads are only barely passable and where there are no motels. Even then, however, you eventually figure it out, but I thought I’d share my favorite places to sleep I’ve encountered during my seven years on the road:

A Barn in Patagonia

Back in 2014, having crossed the Chile Chico border from Argentina, I was trying to make it to the nearest town. However, the Patagonian winds slowed my already snail-paced journey even more; a small 150cc motorcycle is no match for the gale-force winds. Crawling along at some 40 kilometers an hour, I knew I’d need to sleep somewhere along the way, as I simply wouldn’t make it to the next town.

Getting off the road and following a small dirt trail leading towards a patch of trees, I thought I could just pitch a tent near a little creek. Instead, I found a lonely little ranch with a barn that looked abandoned. As I got off the bike, the owner of the ranch appeared; the place belonged to a local gaucho. I asked if I could sleep in the barn, and the man nodded.

That night, I made dinner on my camping stove, washed up in the ice-cold creek, and slept like a baby in the old wooden barn, starlight pouring in from the cracks in the roof and the harsh Patagonian winds howling outside.

An Old Colonial Hacienda in Ecuador

Leading a motorcycle tour in Ecuador this winter, I had the privilege of staying in some of the most impressive hotels and haciendas in the country. Hacienda Pinsaqui, located just outside Otavalo, was easily one of the most stunning places I have ever stayed: an old Spanish mansion with elegant galleries, high ceilinged rooms, food to die for, old saddles and bridles adorning the walls, local indigenous musicians whipping up a dance party – it felt like heaven. 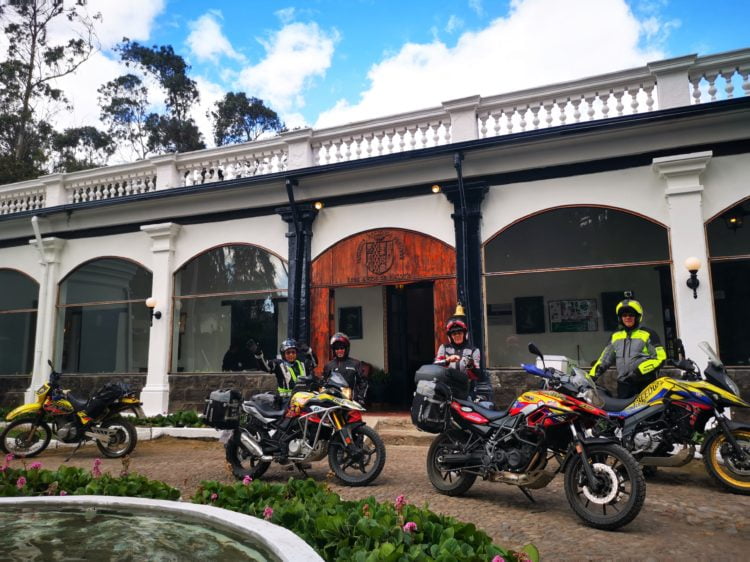 Riding the Lagunas Route in Southern Bolivia, I knew I would have to camp along the way as there wasn’t much in terms of accommodation in that part of the world. However, my camping gear back then consisted of a $50 supermarket tent and a threadbare sleeping bag, and while it worked well, it was no use in heavy rain. spotting some dark storm clouds gathering, I began looking for shelter – and found it in the form of old village ruins in the desert. I had to clean some llama and mouse droppings and pitch the tent inside the remnants of a brick house, but it helped to stay warm and dry during the torrential rain and storm.

A Farmhouse in Poland

Trying to make it from Poland to Greece last year, I mostly relied on AirBnB for accommodation. The best AirBnB experience I had was staying in a large, rambling farmhouse in rural Poland. It was so good I ended up staying for a few more days than initially planned: the farmer and his wife we so friendly and genuinely kind that I just didn’t want to leave. Although they spoke no English and I didn’t understand Polish we still managed to talk about life and travels, and the farmer’s wife would feed me pancakes each morning even though it wasn’t part of the AirBnB deal. I hope I get to come back there someday.

No, I didn’t actually sleep in the ruins of Machu Picchu, but it was close enough: after leaving the bike at the Hidroelectrica dam, I hiked along the train tracks aiming for the Aguas Calientes village from where you could either hike or take the bus to the Machu Picchu site. On the way, however, I found Jardines de Mandor, a tiny little hostel with a large lawn for tents. It belonged to a mother-and-son duo who looked after their botanical gardens, grew their own coffee, and made the most heavenly food I’ve ever had in Peru. The young man told me how the land had belonged to his grandfather who recalled the times before the tourist crowds; “Machu Picchu was a site where cows grazed”, he laughed.

The hostel was much nicer and quieter than any Aguas Calientes place overfilled with tourists. I pitched my tent on the lawn and fell asleep listening to the river nearby. 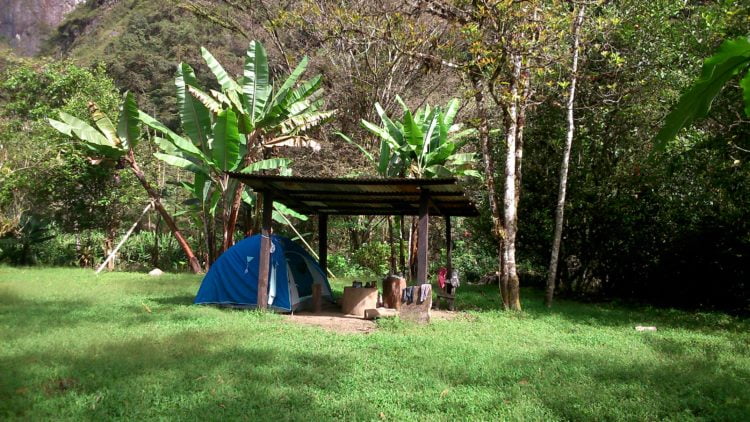 Chasing Rally Dakar in Peru in 2019, I mostly stayed at AirBnBs and little hotels near the bivouac. however, in the San Juan de Marcona stage, nothing of the sort was available, so I pitched my tent at the edge of the rally bivouac. Although I only had a couple of hours of sleep – I was typing up the report until late, and the start of the race the next day was going to be at 7am – this is still the most memorable campsite I’ve ever stayed, and I’m insanely grateful I got the chance. 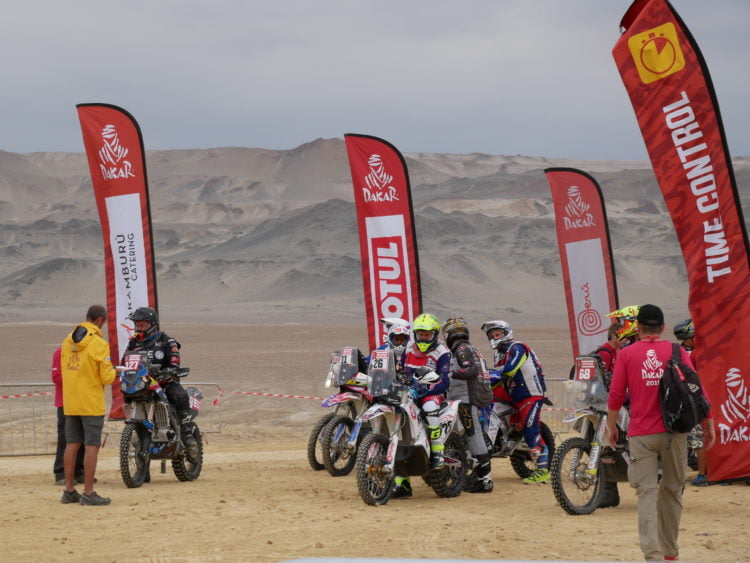 What were your favorite places to sleep on the road? Let me know in the comments below!