Although adventure riders love to argue about tires and oil, there’s plenty of other equipment that’s of unique interest to ADVers. Due to their specific needs, adventure riders want stuff that’s lightweight, rugged, portable, and with reasonable performance. That includes electronics, which is why the Peakago computer may capture some riders’ interest.

The reality of modern motorcycling is that, while many people are heading out on two wheels to escape the endless connectivity of day-to-day life, others can’t escape it, even if they want to. And, lots of people might not have to stay in touch on the road, but they want to check in with social media, send emails, whatever … and for people like Simon and Lisa Thomas, who live on the road, then mobile computing is a necessity. 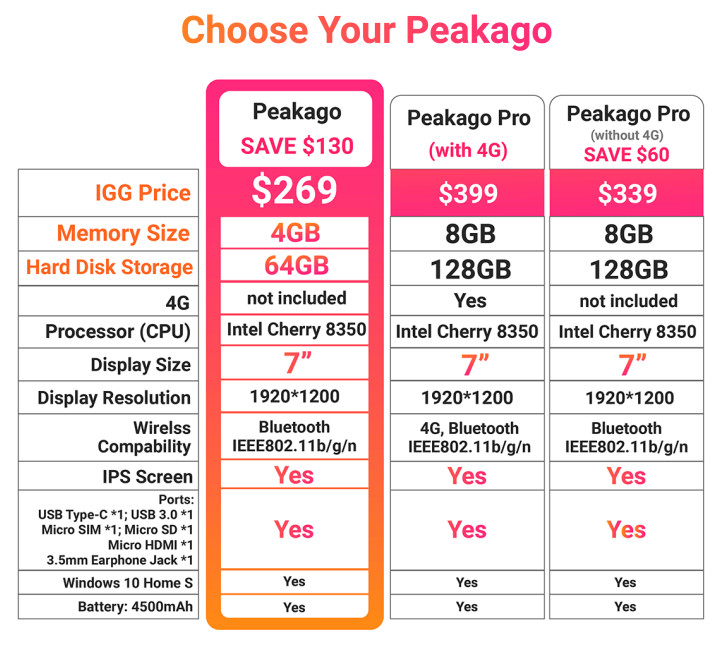 That’s where the Peakago comes in, offering an extremely compact form (a seven-inch screen!) that supposedly combines the best features of a mobile phone, a tablet, and a laptop PC. It comes in the form of a very small laptop, but can be folded backwards on itself to be almost as easily held as a tablet. It’s powered by an Intel Cherry 8350 processor, has an IPS screen, and is pre-loaded with Windows Home 10 S. It’s available in versions with either 4 GB of RAM, or 8 GB. The basic version comes with a 64 GB hard drive (SSD), but you can get a 128 GB hard drive as well. It’s powered by a 4500 mAh battery, with USB-C charger. There’s also a 3.5-mm headphone jack, a Micro SD port, a Micro SIM port, and a Micro HDMI port. At 539 g, it’s less than half the weight of a MacBook Air. 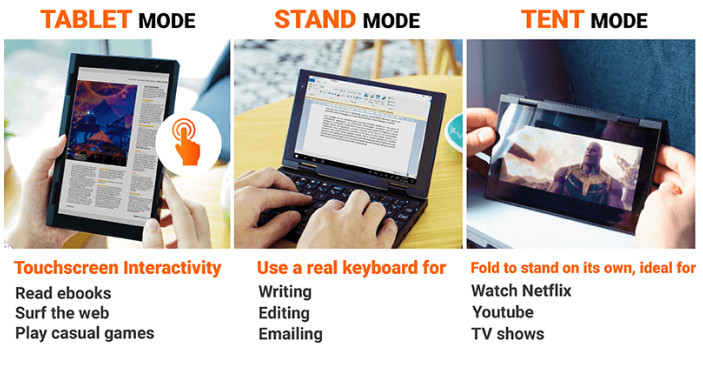 The Peakago looks like a handy tool for the road. Photo: IndieGoGo

Depending which of the three versions of the computer you buy, you can pay $269-$399 US.

All very interesting, sure, but how useful is it? Peakago does seem to have put together an interesting interpretation of the mythical minimalist computer, something with more functionality than a tablet, but almost as much portability, and at a low price. However, those who’ve been looking into similar devices for a while can remember other, earlier disappointments along these lines (remember the Eee PC 4G Surf?). If you’re interested, you can head over to IndieGoGo for more details, and if you’re the kind of person who sees $269-$399 US as chump change, maybe you can buy one and let us know how it works? If it really is a usable computer that would fit in a tankbag, there’s going to be some interest from the adventure market, for sure. Not everyone has a MacBook Air, or even an iPad Pro in the budget.