In December 2018 and October 2019, we told you about KTM CEO Stefan Pierer and his company’s plan to build 500cc motorcycles, including an adventure model.  Well, it’s now July 2020, and Pierer is more than hinting that the 500cc models are on the way.  And, from more than one of his companies.

In an interview printed in French online magazine Le Repaire Des Motards, Pierer makes definitive statements that 500cc KTMs and now, 500cc Husqvarna machines are in development and will be available in 2022.

The magazine asked Pierer directly about a new range of 500cc twin-cylinder models to be built by Bajaj and inquired whether the impact of COVID-19 had slowed the development of the machines.  In response, Pierer had this to say (translated from French):

It’s the contrary! Because of the lessons learned from the Covid, we are accelerating the projects because the 500 category will become a very important segment, especially in the markets developed as A2 motorcycles.  And in the so-called emerging markets, it will be the premium segment.

It will therefore be very important for our 125/200 and 390 Duke customers who will want to move upmarket. This range is developed 100% at the Bajaj R&D center in Pune, but with the support and skills of our R&D engineers. It is a parallel twin cylinder similar to the format we use on the 790/890, but in 500 cm3 which arrives.

The next question posed asked when the models would be launched.  Pierer:

Still in two years for the first model, so in 2022. But we will see several different models with the Duke and Adventure versions in each of the KTM and Husqvarna ranges. 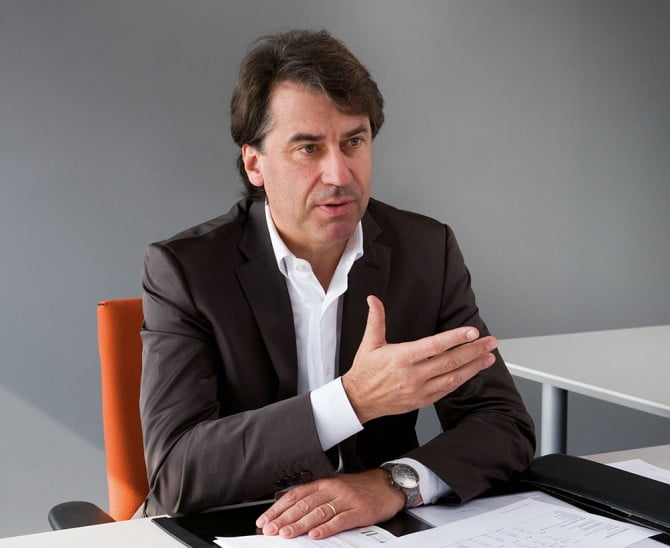 Poking further into the Husqvarna lineup, Pierer was asked whether he was still working on a two-cylinder Husqvarna for 2022.  Pierer’s response was all the more definite.

Yes, sure. It will be an Adventure type model like the Norden 901 concept that we showed at EICMA last year. He’s already on the way.

Finally, the French magazine asked about Pierer’s integration of GasGas.  What is his plan for that product line and what are his plans?  Pierer quickly made it clear that GasGas motorcycles will only be off-road products.

Basically, we are repeating Husqvarna’s successful strategy, but only with all-terrain products. This means that a GasGas version will be available for Enduro and Motocross applications of all KTM engine platforms. These GasGas versions will go into production in September and the first Enduro models will comply with the Euro5 standard . The GasGas trial is already sold and we sell it very well in the world, from the United States to Europe. I am very happy that we can finally conquer this last level that was missing in our range of all-terrain products!

So it appears that Les Repaire Des Motos has uncovered some interesting information directly from the man who is running each of the discussed companies.  It’s clear that Pierer wants his companies to make their marks into the 500cc segment and progress is being made.

Husqvarna will be following KTM’s lead and will roll out a 900cc Norden and now a 500cc Norden variant.  Finally, GasGas machines will be built for off-road use only and will follow Husqvarna’s lead in its model lineup.  Phew, that’s a lot of info coming directly from the company’s CEO.

It’s clear that the Pierer Mobility family of companies are in for some exciting times.  Pierer Mobility has been experiencing remarkable growth in the past few years, and it seems that Pierer wants to keep it that way.

While many motorcycle manufacturers have been experiencing slumping sales, KTM somehow seems to be immune from those tough economic situations, as well as the impact of COVID-19.  Even in the US, where sales have been pretty abysmal for most manufacturers, KTM seems to have blossomed.

In the US, the company’s market share continues to rise.  It has risen from only 2.6 percent in 2009 to 8.6 percent in 2019.  Now, with more companies and a growing model lineup, Pierer Mobility seems to have positioned itself well.

Clearly Pierer Mobility has a lot up its sleeve.  Do you think that it can become the number one European manufacturer?  Also, what do you think of Pierer’s model lineups?  Which bike are you most interested in?  Let us know in the comments below.