Taken near Anconda, MT in 2015. Just off the Mill Creek Road. Out for a weekend ride and pulled on to side road overlooking the valley and the scene was perfect for a photo and a bite of lunch.

Just out for a day ride and on the way home I went through the Lee Metcalf Refuge. Dynamic clouds caught my eye and paused for a photo. 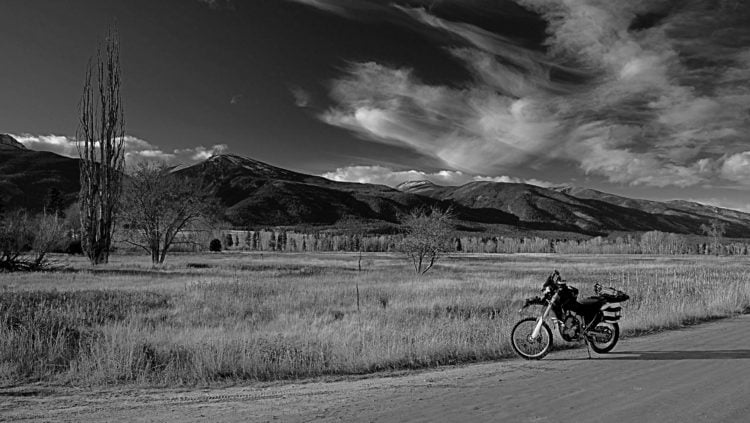 @chilejack sent us this photo of his 2005 BMW R1200GS near Ghost Ranch in Northern New Mexico. 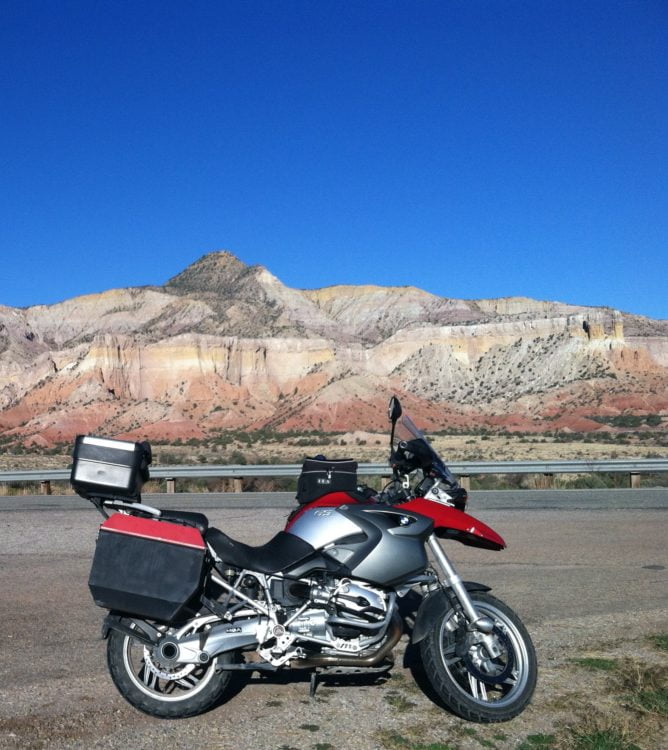 Solo in the Oregon Cascades and Coastal ranges

Both photos were taken during the summer of 2019 while I was on a solo seven day loop of the Oregon Cascades and Coastal ranges. Photo #1 is looking at Mt. Thielson as I rode north on OR230 north of Crater Lake. Photo #2 was along a gravel track cut into the rock northwest of Grants Pass (If I remember correctly). Lots of memorable scenery and riding terrain in Oregon! And that was just the western side! 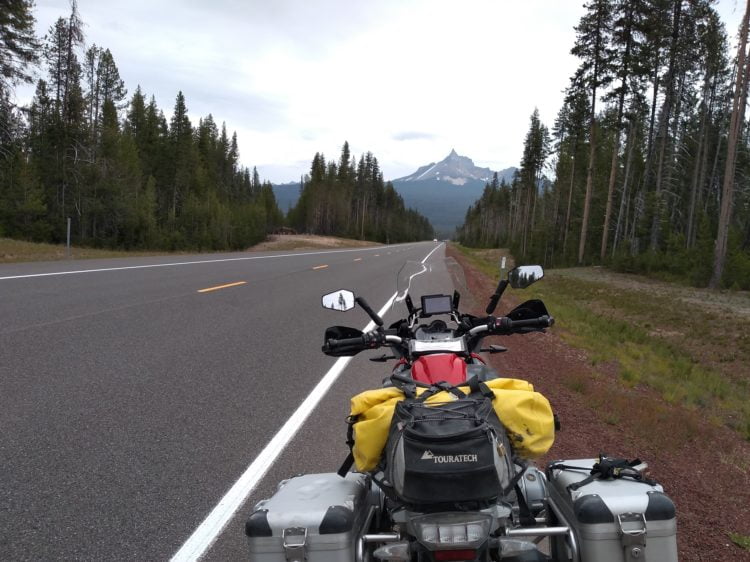 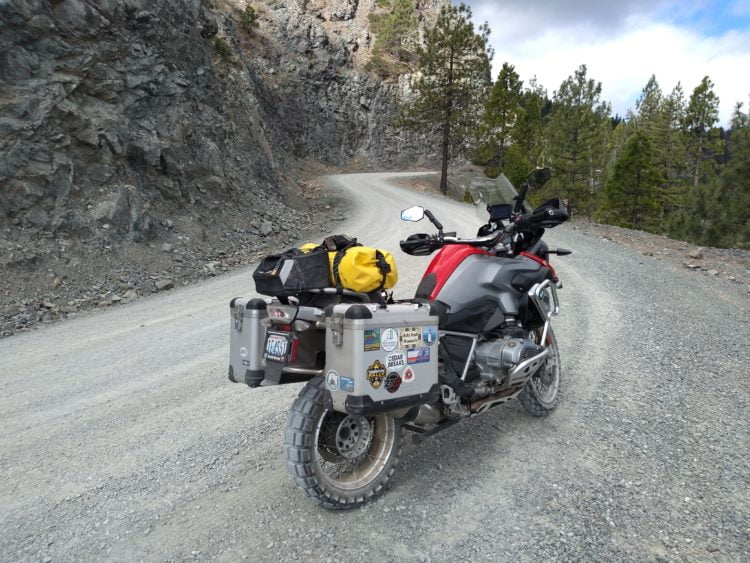 Santeetlah Lake North Carolina in November 2019. Taken on a beautiful, sunny fall day during a multi-day solo ride through Tennessee, North Carolina & Georgia. I rounded a corner and was presented with this perfect photo opportunity. Not a soul around and quiet as could be, it was the perfect place for a lunch break. 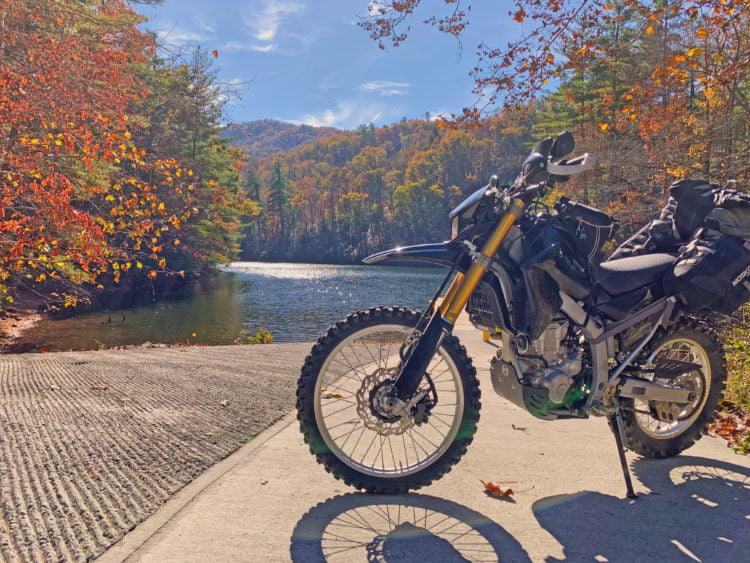 @RozzyCat sends us a photo from his ride report …

Southeastern Arizona in March 2019- along the AZBDR. This was part of my Ride Run Ride Ride – training for the Horsetooth Half Marathon in Ft. Collins, Colorado. The ride report is here. 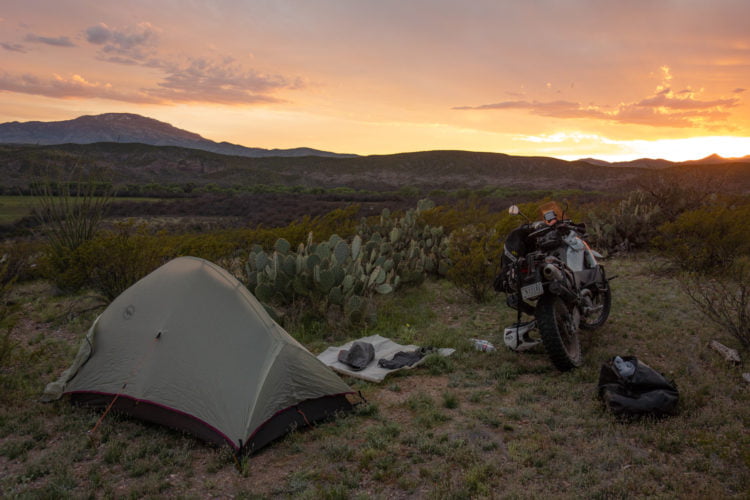 RAW image files are THE TICKET to great images when it comes to capturing dynamic range. This was taken with a point & shoot Sony DSC-RX100 using RAW.

Peter is back from his trip to Iceland and has been riding through the hot Australian summer. He writes …

A recent trip 2,900 km ride “out west” to meet a buddy riding in from Alice Springs! We saw 6 days in a row of 40C (or 105F+) days and riding thru desert and bush fire affected areas. Great to see some fore grounds starting the regeneration process and to spend a few dollars in far flung places where the travelling $ is much needed! Come to Australia and ride … were open of business!

Peter did this trip on a 2019 BMW R1200GS. As he says, Australia is open for business. Don’t delay a trip. As Peter’s photos show the vegetation is already regrowing. 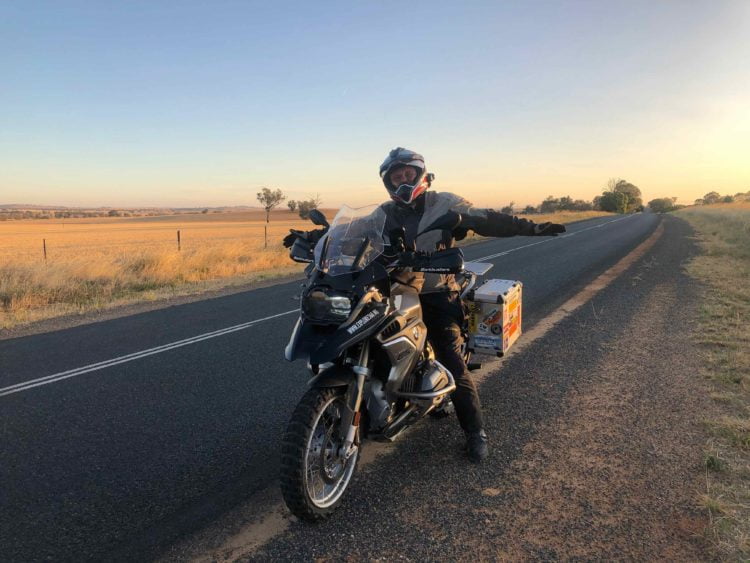 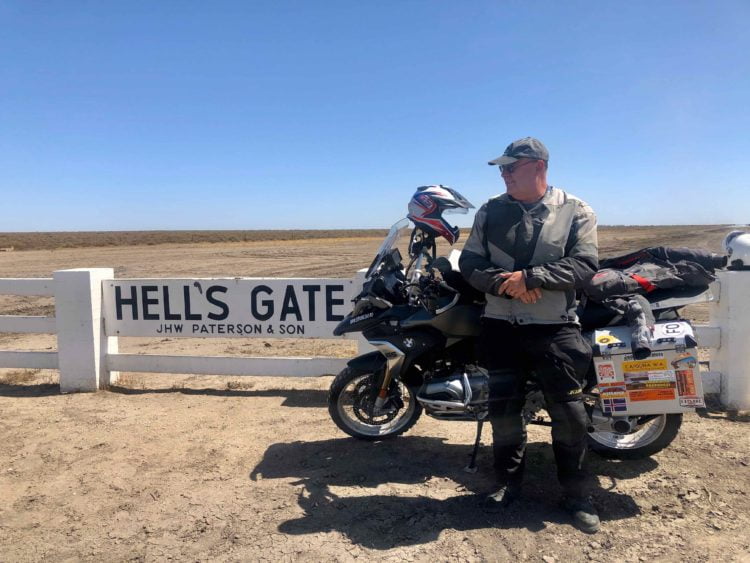 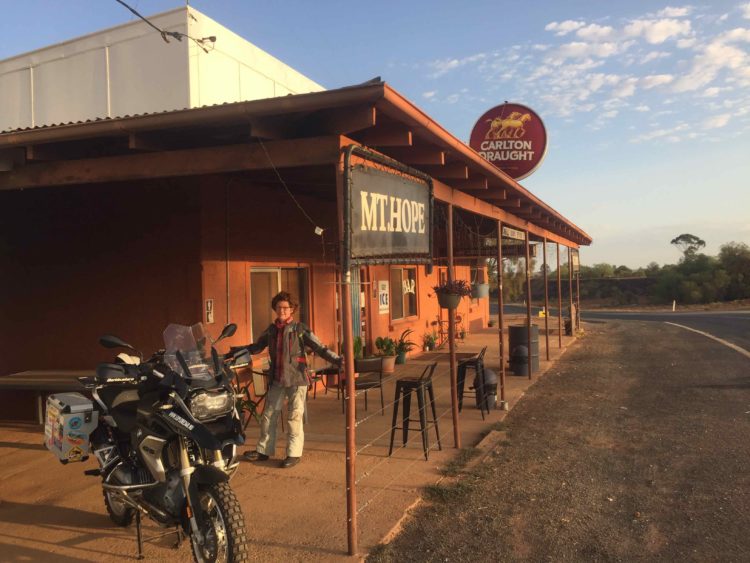 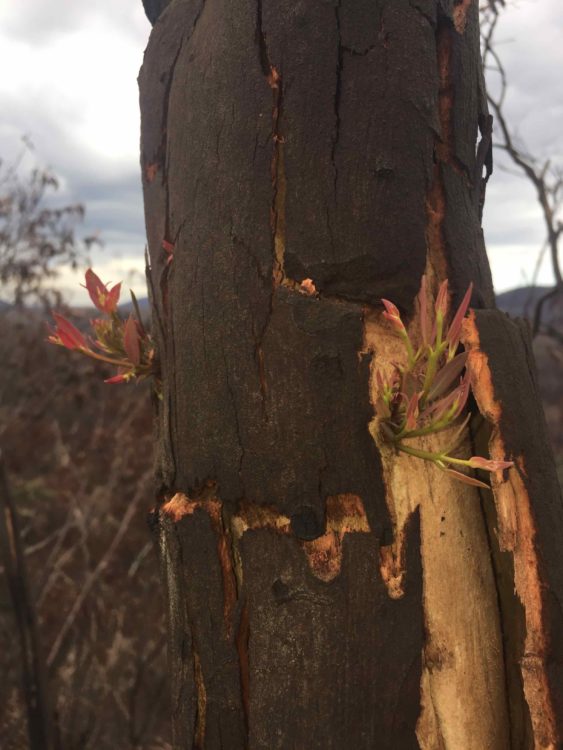 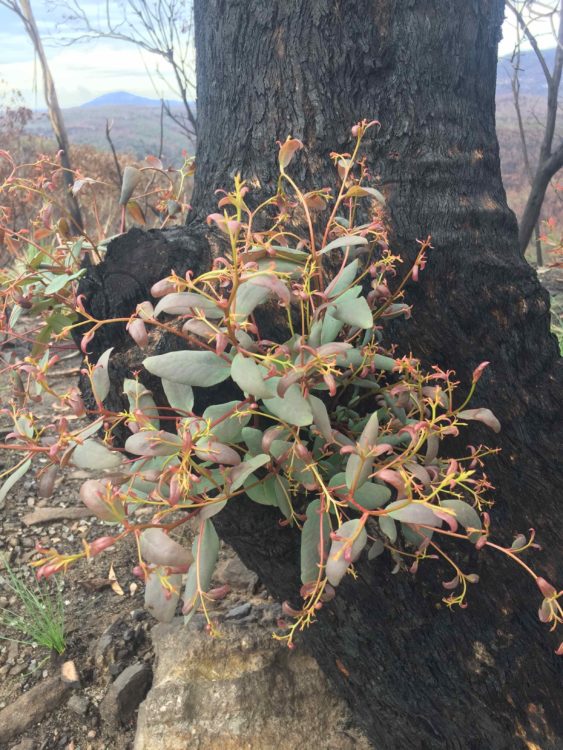 This picture is from last September at a Scenic overlook in the Badlands National Park at sunset. Great landscape and endless riding, just be ready for some wind and storms. 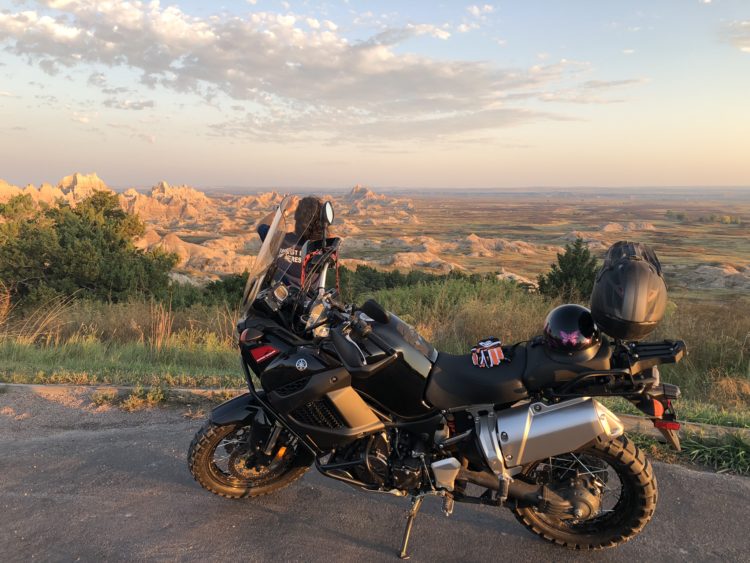 Once off the main highways, New Zealand is blessed with a myriad is back roads and great scenery. These two pictures show a bit of my ‘back yard’ that comprises a range of options for a good days ride there and back from home. Both are taken in the East Wairarapa, which is on the southern end of the North Island.

MTBRalph has been exploring Charlotte, North Carolina. He says …

Today was a beautiful day. The first day of February and 62º. I decided to do a bit of urban riding and explore downtown Charlotte – about as far from my usual destination imaginable. 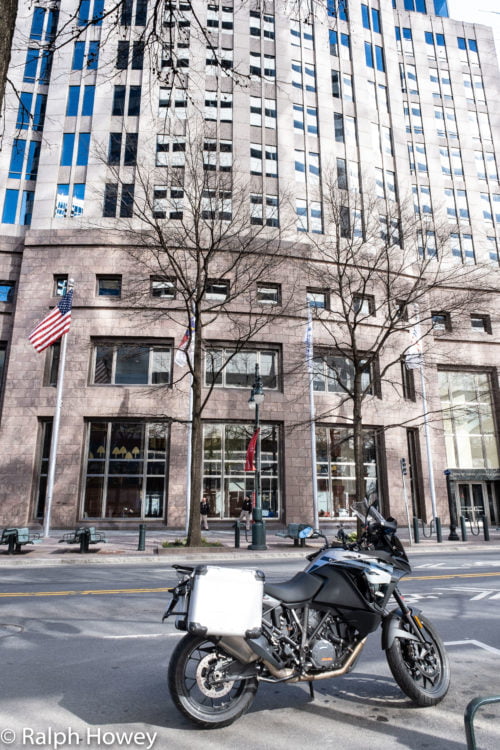 The Scooter Cannonball is a biennial coast to coast endurance rally. @td63 took this photo at the last Cannonball in 2018. He wrote …

Grand Escalante National Monument, SE Utah, day 3 of the 2018 Scooter Cannonball. About 400 miles and 13 hours into a 515 mile, 16 hour day that included one major breakdown, having to beg for a 19mm socket, a massive thunder and hail storm, and 57 miles of dirt on 12″ tires. 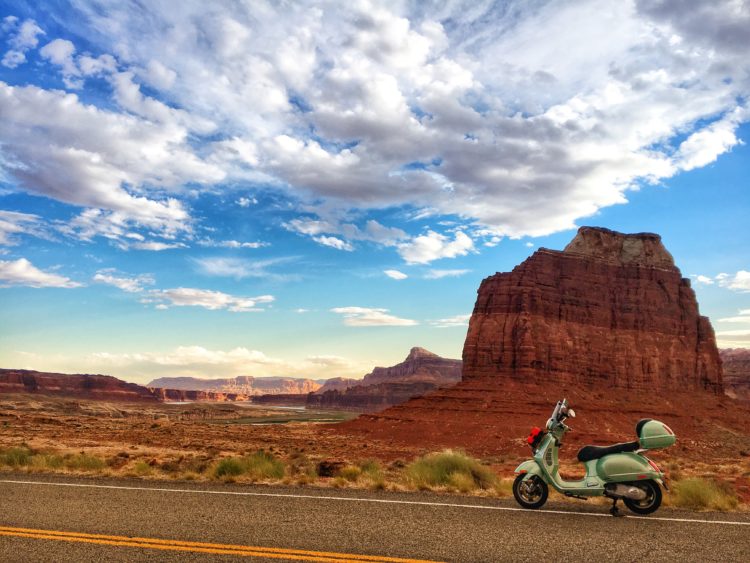 The next Cannonball is in July.

A HUGE thank you to all the talented riders and photographers who sent in photos this week. If you are doing an epic ride, or even just a fun ride near home, don’t forget to take photos and send them in.