When the gods don’t want you to have a beer…

It’s been forty years since the beginning of my round-the-world ride. Recently Mrs Bear, who obviously gets along fine without me, suggested that I might do it – or parts of it – again. There is precedent for that; Ted Simon did it a few years back. I gave it some thought but decided that I’m far too comfortable in my reading corner (and the marital bed) to head off for more than three or four weeks at a time. Two years of sleeping on the ground or in cheap hotels in the Third World? Mmm, maybe not. 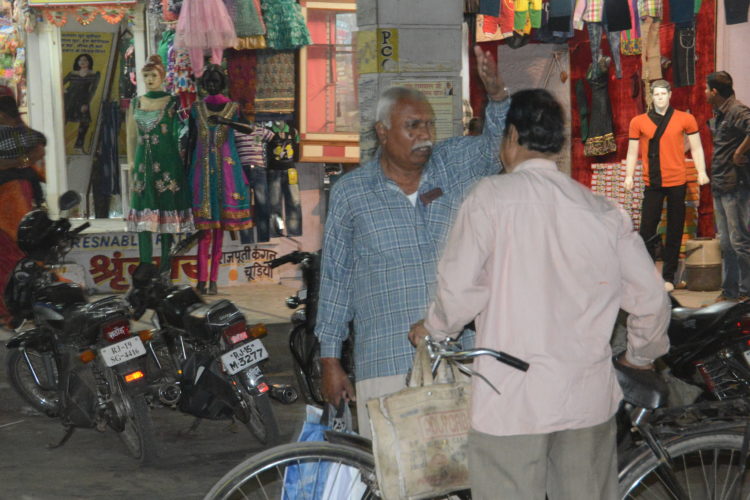 Yes, yes, it is in that direction… Agreeableness may trump accuracy, so beware.

But thinking about the trip again did revive a few memories that I thought might be worth sharing. I’d also be interested in hearing from other RTW riders with similar (or wildly different) experiences. As so often, India is the place that comes to mind first.

When Winston Churchill described Russia as “a riddle, wrapped in a mystery, inside an enigma,” he might just as well have been talking about the Subcontinent, and especially India. Consider that India has 22 official languages, written in 13 different scripts. Add the mutually incomprehensible 720 ‘recognised’ dialects, and you can see why sign language is a vital skill for visiting westerners.

Admittedly, India with its 1.35 billion people runs second in the world in terms of linguistic diversity. The 8.25 million inhabitants of Papua New Guinea speak 832 languages among themselves, not including dialects. Pidgin is the way to go there; it may work. 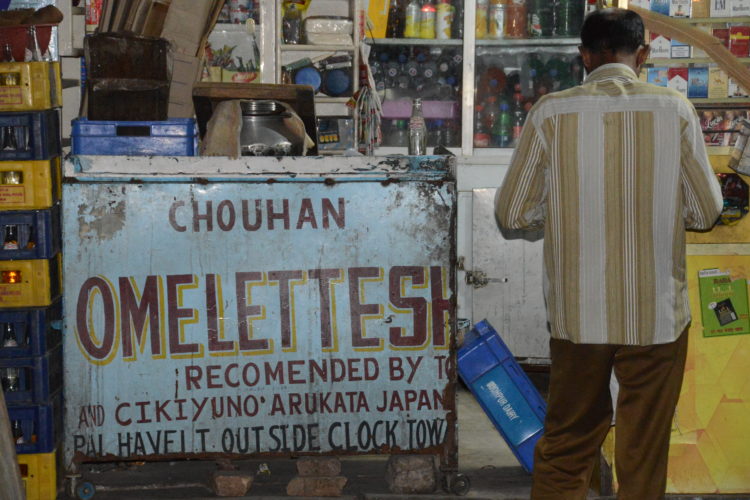 You can get anything you want to eat, but perhaps no beer with it.

Most Indian road signs feature three languages and (probably) scripts: Hindi, English and the local one. In Uttaranchal, however all languages and scripts but the local ones have been banned from signs. Navigating back in 1979 was almost entirely by map and distances: “let’s see, our next destination is 45km away according to the map, and the closest distance to that on this collection of signs is 43km to… somewhere. That must be it.”

Out in the countryside, be sure not to indicate a preference if you ask for directions instead. Do not say: “is this the way to Ramanagar?” and point. Your roadside informant will be far more interested in making you happy than in giving you correct directions, and will almost universally nod. Always ask: “which way is it to Ramanagar?” Even then, if he doesn’t know he is likely to indicate some direction just to be agreeable.

Unaware of the extent of the complexity, I had learned some Hindi before setting out. On a particularly hot day, less than a hundred kilometres from Delhi, my companion Charlie and I arrived at a DAK bungalow (these offer accommodation to officials on circuit travels, and are sometimes open to travelers) where I asked the caretaker, or chowkidar, for some water. No amount of repetition of the Hindi word – “su” – did any good. Neither did gestures. A Sikh chap arrived soon after us and laughed. “He only speaks the local language!” he said, and produced a couple of ice-cold bottles of beer from the front seat of his car. 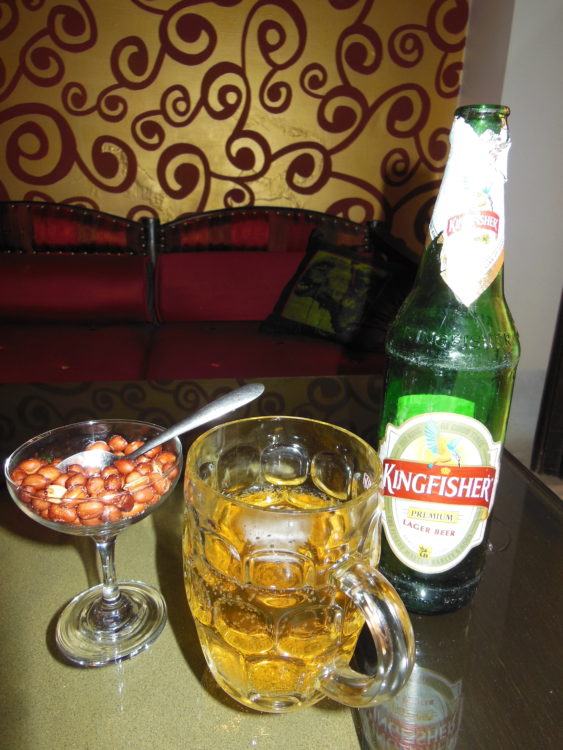 When you can get a brew it’s usually excellent, like this Kingfisher lager.

Ah, beer – there’s another interesting subject. Alcohol is a dicey subject with Hindu people, and while marijuana is legal in many states (and grows by the roadside) access to alcoholic drinks is often prohibited or at least limited. Haryana, for example, has several “Dry Days” every week when it is illegal to sell or otherwise provide booze.

We arrived in a small town hot, wet (the monsoon had caught us) and somewhat out of sorts. The roads had been a foot deep in muddy water, giving us no opportunity to spot and avoid the inevitable deep potholes. We checked in, and Charlie said to the clerk: “We would like a couple of beers, please.” The chap shook his head in that inimitable Indian gesture and replied: “I am afraid I cannot help you. It is a Dry Day.”

After a day of tribulations, Charlie was in no mood to pander to the local legalities. He looked the bloke in the eye and, in a flat and deliberate voice said: “I do not think you heard me. We. Would. Like. A. Couple. Of. Beers, Please.” 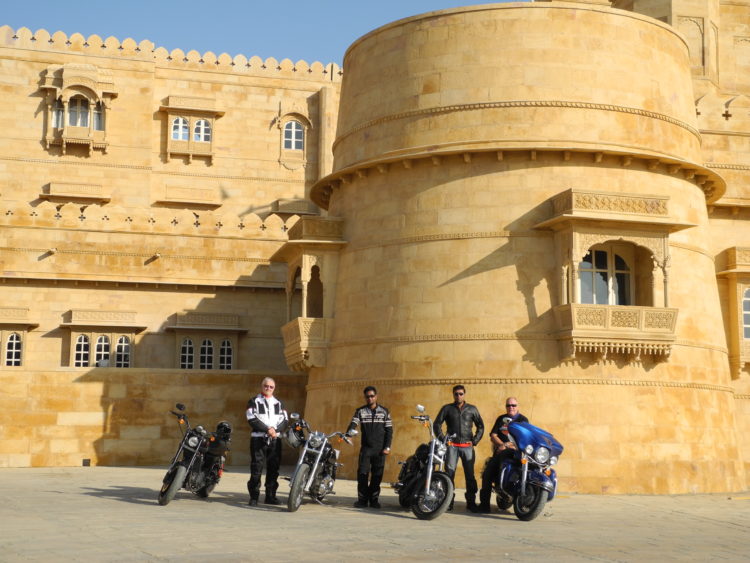 If the hotel is flash enough, getting a drink is no problem. “A chota peg, sahib?”

That was all it took. “I will send the boy,” he said and despatched the clearly octogenarian “boy”, or general hotel factotum, across the street.  We sat down at a small marble-topped table and didn’t have long to wait. The boy returned with two obviously icy-cold (a rarity in rural India) longnecks and placed them on the table in front of us.

The bottles were so cold that one of them exploded on contact with the warm marble. Our messenger shrieked in horror – the gods were obviously not happy with his breaking the law – and fled. We shared the other bottle; there were too many glass splinters to consider licking the tabletop…