It’s been a few weeks now, and you are more than halfway through designing what you think would be the ideal travel adventure bike on ADVRider.com.  So what does it look like so far?  Is the motorcycle headed towards being an impossible to build unicorn?  Or, are we examining the tradeoffs and coming up with something that is producible and viable.  Let’s take a look, shall we? 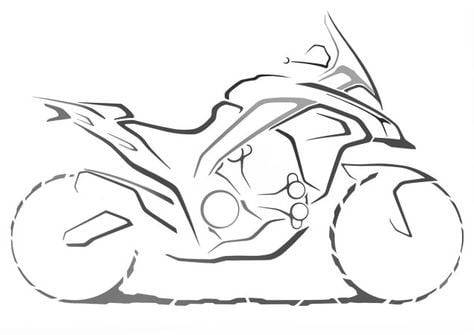 What do we have so far?

So what do we have so far?  Is it a unicorn machine?  Well perhaps.  Weight seems to be the biggest issue when compared to the other things we want.  Currently, we only allow between 351 – 400 pounds for a machine that has an inline/parallel-twin engine with a displacement of between 601 cc – 800 cc.  The bike needs to carry between 5 and 6 gallons and get 46 – 55 MPG.

Everything so far seems possible other than the weight we chose.  If the bike has to have at least 5 gallons of gas and is a parallel twin, just the fluids will add around 50 pounds to the machine.  That would leave only 350 pounds at a maximum weight of 400 pounds.  We’re likely not going to find a 350-pound twin.  But if we upped our weight allotment, we may be onto something.

If you haven’t voted yet, cast your votes across all the polls published so far.  Knowing what you know now, would you change your mind on weight?  Let us know in the comments below.

Quiz 😅
How Well Do You Know Motorcycles From The 1930s?