We are at the beginning of the mosquito season where I live in Vermont.  They are usually very light around my property, but this year, it seems like they are out with a vengeance.

When they are out, I usually go for a repellent with a good amount of DEET.  But there are several hazard warnings about using it, so I always tried to go easy with how much and where I applied the stuff.

But this year, I unexpectedly got a batch of some repellent called Ranger Ready Repellent.  Ranger Ready says that their repellent doesn’t contain DEET and instead uses a synthetic compound called Picaridin. Picaridin is derived from the natural compound piperine which is found in the group of plants used to produce black pepper.

Although I’d never heard of the stuff, its been around for a while.  It was developed in the 1980s by German scientists looking for a safer and equally effective alternative to DEET. 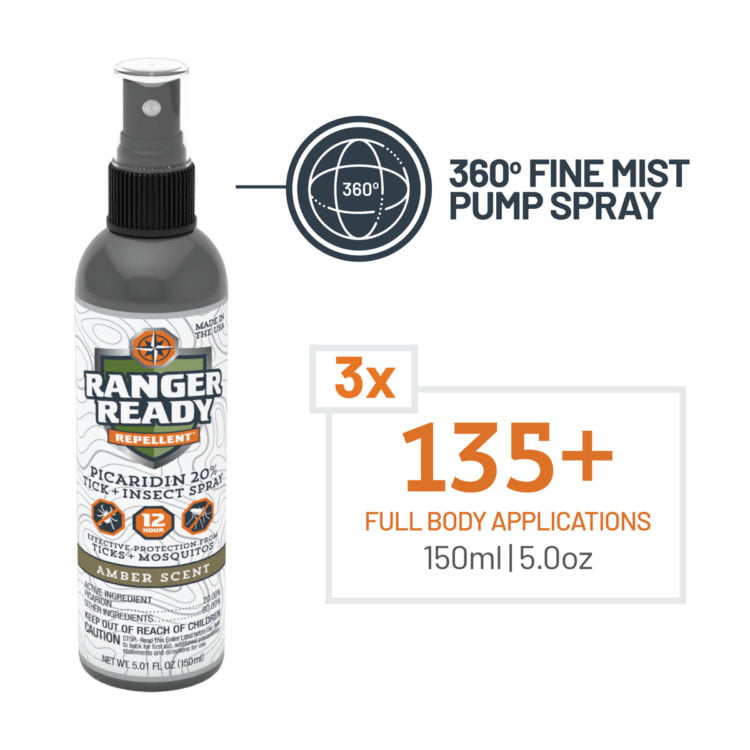 Unlike DEET, you can apply Picaridin directly to your skin if you so desire.  It also does not stain or damage clothing or gear.

So let’s talk about how it worked for me.  The short answer is that it worked very well.  To test Ranger Ready, I went out onto my wooded property to do some finishing work on our firepit.  We love the firepit and call it “The Fort.”  It’s more than 5 feet tall on three sides and consists of stacked rocks and earth. 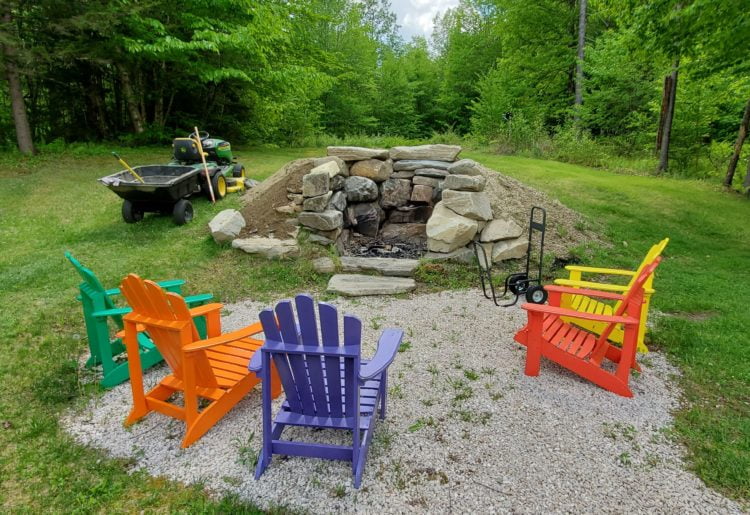 “The Fort” with repairs almost complete. You can visit The Fort upon request using ADVRider.com’s Tent Space Map. There may even be a beverage or two waiting for you. Photo credit: Mike Botan

The winter had eroded some of the earth and moved some of the rocks.  So I decided working outside in the late afternoon would be a good test.  Unprotected, I am almost immediately swarmed and always bitten.  I’m not that dedicated, so I applied the Ranger Ready before I headed out and hoped for the best.

Ranger Ready comes in various size spray bottles.  There’s no propellant, you just squeeze down on the plunger.  As a nice touch, you can turn the bottle upside down and it still sprays.  The spray is an eye irritant, so make sure that you don’t get any spray into them.

The solution itself is not greasy, but it is a bit sticky.  After the solution dries, it’s barely noticeable.  As far as it’s repellent capability, I would say that it is as good as a high concentration of DEET.

The mosquitos and deer flies are out there in force, but in 3 hours of sweaty work outside, and for the remainder of the day doing other chores, I didn’t get a single bite.  That’s something that rarely happens to me.  I usually get one or two when I use DEET based repellents.  So I am quite pleased with Ranger Ready’s performance.

That said, biting insects are still around you.  And as you walk through the woods,  if you’re the type of person that is freaked out by insects flying around you, they will still be there.

Ranger Ready says that the repellent lasts up to 12 hours for certain types of insects like mosquitos and ticks and up to 8 hours for other types of biting insects.

The spray is available in four scents; Scent Zero (odorless), Ranger Orange, Amber, and Night Sky.  The scented ones have a slight odor that fades as time goes on.  If you’re concerned about the smell, just go for the odorless.

You’ll probably not attract the opposite sex by spraying it liberally all over your body.  But on the other hand, you’ll be repelling the insects.  You decide whether it’s worth the trade-off.

Ranger Ready Repellent comes in many different sizes starting at $9.00 for 3.4 ounces (100ml) which Ranger Ready says will give you 30 full body applications.