If you know anything about Italian motorcycles, you probably have heard the name Bimota.  In its heyday, Bimota produced exquisite and limited quantity pieces of motorcycle art.

The name Bimota is a combination of three people’s names.  Valerio Bianchi, Giuseppe Morri and Massimo Tamburini.  Tamburini is probably the most well-known name of the bunch and appropriately so.  Tamburini designed the iconic Ducati 916 and the MV Agusta F4.  Two absolute bleeding edge designs that also performed very well.

Bimota was a very small company without the huge funds available to the Japanese big 4.  So they concentrated on building high-quality motorcycles around existing engines. 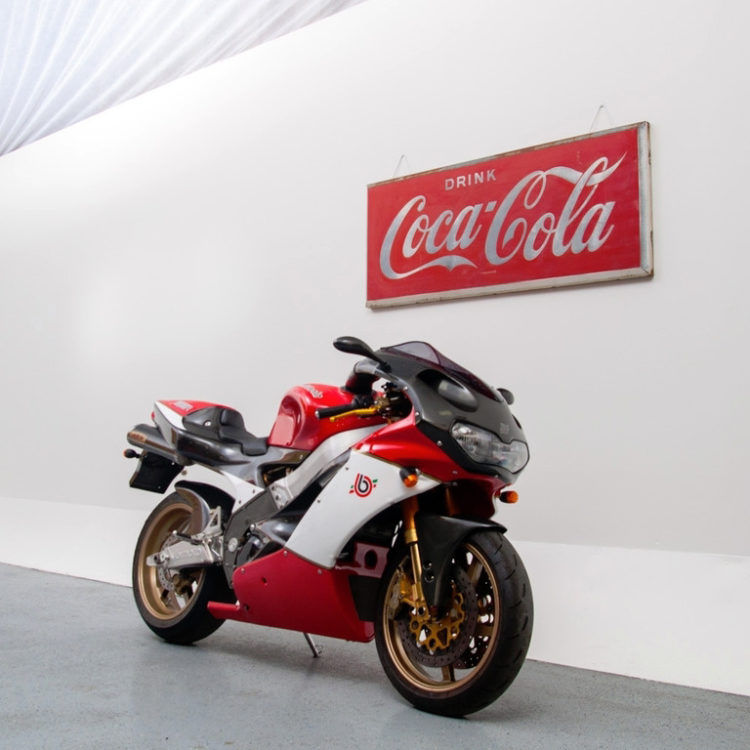 The Bimota SB8R was a racebike for the street. Photo credit: Motoexotica

One of those motorcycles was the Bimota SB8R.  Bimota produced only 150 SB8Rs in total.  The bike had a carbon fiber and aluminum handcrafted frame.  Crammed into that frame was a 135 HP Suzuki v-twin from Suzuki’s TL which was a horsepower monster of the time.  Carbon fiber spread liberally over much of the bike kept its weight lower than that of the Suzuki variant of the time.

The SB8R was a racebike for the street and had racebike qualities.  It had all the components to give it racebike credentials.

And now, a 2000 SB8R has become available for sale.  Motoexoctica has one for sale with a negotiable price of $17,900.  That’s a lot of money, but for a rare collectible, that price could just be a bargain.

If you had the free cash, would this bike be housed in your garage?