Royal Enfield Australia and New Zealand has been at pains to assure the market in those countries that the 500cc Classic and Bullet are here to stay.

The distributor has assured us that “While we do not comment on speculative news and product pipeline based on product strategy in other countries, it is confirmed that we will continue to sell the Royal Enfield Classic 500 & Bullet 500 series in Australia & New Zealand. Any details regarding any future products, we will make the announcement in a timely manner.

“The news stories floating around online that the single-cylinder UCE 500cc motorcycles will be discontinued are true only for India, after March 31st 2020 as the country shifts to BSVI emission norms. 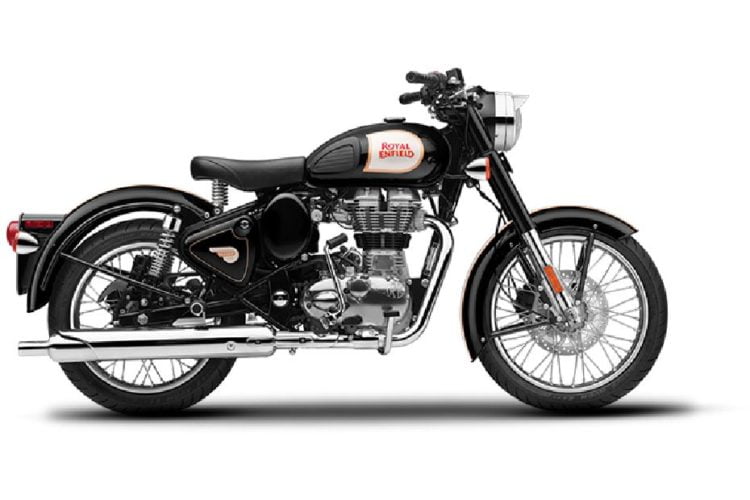 The 500cc Classic remains one of the most attractive motorcycles on the market.

“We would like to once again reiterate, that the Euro IV specification 500cc single cylinder motorcycle range will continue to remain available in all international markets in APAC, with motorcycles on dealership floors and arriving regularly.”

In Australia, the Bullet 500 has a lot of friends partly because it has been the chosen mount for many motorcycle adventure tours in the subcontinent and elsewhere. The general affection for the bike led to concern when the rumors of the bike’s death first became public. 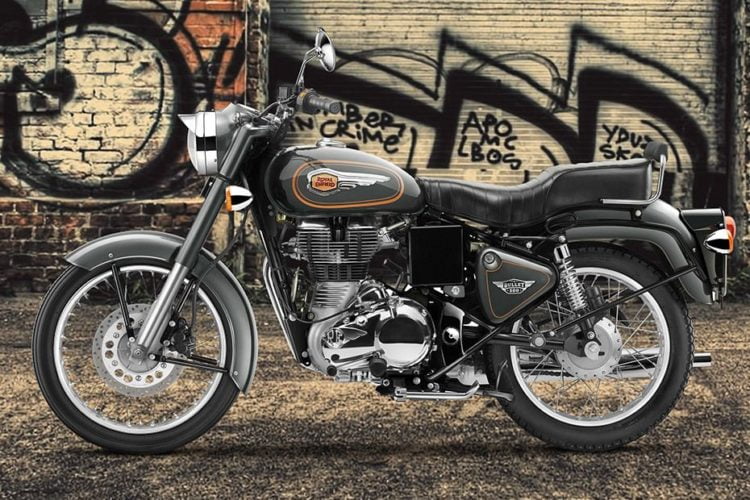 In India, the Bullet 500 has sadly had the bullet…

Royal Enfield appropriately describes the bike as an “old-school, post-war design built around an engine that you can count on… [A] the machine that bears on simple pleasures of motorcycling, while being dependable enough to ride through any terrain. In it, the tradition of an iconic past exists in harmony with modern technology. Timeless, looking through tomorrow.” Unfortunately, the bike’s engine cannot meet the Stage VI Bharat Emission Standard being introduced in India this year.

The Bharat stage emission standards, based on European regulations and first introduced in 2000 by the Government of India, are intended to regulate the output of air pollutants from internal combustion engines (Indian sources use this phrase for Diesel engines) and Spark-ignition engines (petrol-powered equipment), including motor vehicles.

Among the effects of their introduction were the phasing out of 2-stroke engine for two wheelers and the introduction of electronic controls, bringing India more into line with the rest of the world. 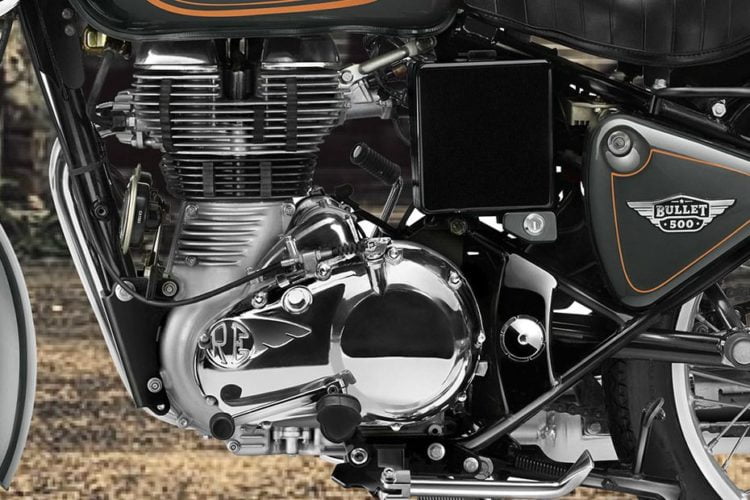 Progressively more stringent norms have been rolled out since their introduction. In a recent judgment, the Supreme Court has banned the sale and registration of motor vehicles conforming to the emission standard Bharat Stage IV (India skipped Stage V) in the country from 1 April 2020. The huge step of going from Stage IV to VI was taken due the heavy problem of air pollution faced by Delhi which became worse around 2019.

The move has not been without its critics. While the norms help in bringing down pollution levels, they invariably result in increased vehicle cost due to the new technology and higher fuel prices. The government insists that the increase in private cost is offset by savings in health costs, since there is a lesser amount of disease-causing particulate matter and pollution in the air. The health cost of air pollution in India has been assessed at 3% of its GDP.

To commemorate the long run of the original 500 series, Royal Enfield is launching one last machine in the line for the Indian market only, the Tribute Black Limited Edition.

As I write this I have been unable to discover either the long-term fate of the 500 Classic or the markets in which it will remain available, except for New Zealand and Australia.

Tools You Should Own
Metallic, Permanent, and Paint Markers