I love riding in the US, and not only because of the vast range of craft beers now available. Stephen Sondheim had it pinned in West Side Story: “I like to be in America! / O.K. by me in America! / Ev’rything free in America / For a small fee in America!”

Don’t get me wrong, I like riding elsewhere, too, but road trips across the US have become an almost mystical experience, led by the ride along America’s Main Street, Route 66. I thought it might be an idea to give furriners who, like me, are tempted by the States an idea of the paperwork you’ll need. I am assuming you will be renting or taking part in an organised tour, so that the paperwork for your bike is taken care of.

What, then, will you need? 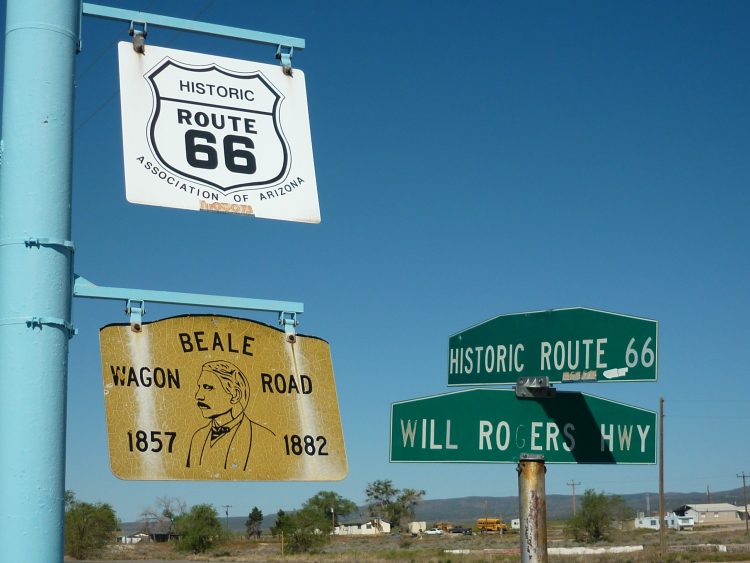 History is well-signposted in the US. (Photo John Miller)

Travel insurance is the first thing you should sort out. The US health system can be tough on you if you have a crash or get sick, so make sure you have appropriate cover. But that’s not the only thing you need to check. Many insurers will not cover you if you’re riding a motorcycle, especially one over 125cc. And none will pay out if you’re not wearing a helmet or you don’t have an “appropriate license” – more on that later. 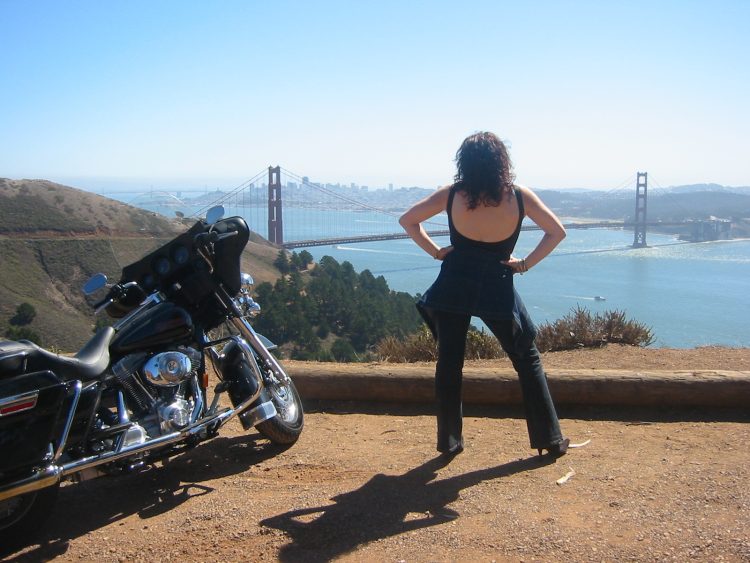 The US is full of iconic views, and they are not all on Route 66, such as this view of the Golden Gate Bridge looking towards San Francisco.  (Photo Chris Beattie)

Anyone travelling to the United States first needs to meet the entry requirements. Citizens of 38 countries can obtain the ESTA, an electronic travel authorization which takes the place of a visa. If you’re not a citizen of one of the 38 nations in the Visa Waiver program, you will have to apply for a US tourist visa.

That isn’t all, though. Journalists and people employed in certain other occupations (check this for yourself, it changes) need visas too. You will even have to attend an interview at an American embassy or consulate and pay a substantial fee. You are not exempt from this if you are going to the US on holidays with no intention to write anything, but if you are just on vacation you will need an ESTA as well as your visa. Sound extreme? It happened to me.

Homeland Security has absolutely no sense of humour. Don’t try fibbing at Customs.

Okay, you’re in apart from the Customs check, which is cursory at best because they’ve already X-rayed your suitcase. You should, however, have a TSA-approved lock on it because if you don’t, they may well break it open. Yes, that’s happened to me as well. 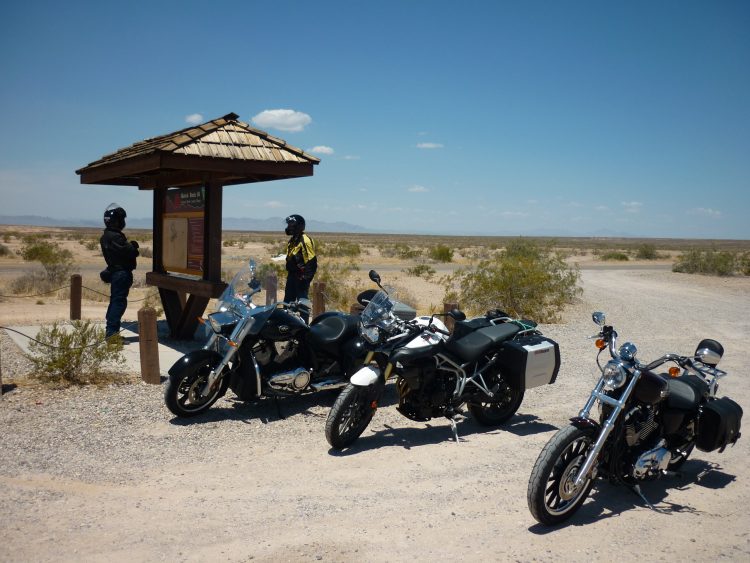 You don’t have to ride a Harley; other bikes are available for rent. (Photo John Miller)

To collect your rental bike or sign up for a tour, you will need your driver’s license. This is where it gets just a little tricky unless you have an International Driving Permit (IDP), often called an International Driver’s License. This is a grey cardboard folder with your photo and a thousand translations of your home country’s license. Seeing that Australian, UK, Irish, or New Zealand licenses, just for example, are in English and have your photo on them already might seem to make an IDP unnecessary, despite the warning on the interwebs that “some US States may require an IDP”.

That’s almost correct. As it happens, only Georgia requires an IDP, as well as your original license.  No, I don’t know why, and neither did the people at the Georgia Department of Transportation whom I asked. I ventured that perhaps they might have police officers who did not read English, but that suggestion was not welcome.

None of the other 49 States require anything other than your home country license and your biometric passport. Don’t forget that. But things may be different in practice out on the road. Here’s a salutary warning from a US Government website.

“Because more and more tourists that visit the U.S. carry an international permit, police have become used to seeing the IDP. As a result, driving in America with just your foreign driver’s license (as opposed to an IDP) can be problematic. Even though driving solely with your foreign license is technically legal, the authorities might be unable to read it if it is written in a language other than English, which can cause delays or misunderstandings.”

Your rental agency may still ask to see an IDP before they let you ride off on their bike, but I’d be very surprised if a reasoned argument didn’t change their mind about that, especially if your license is in English. Or Spanish, probably. If your license is in a language that an American cop is not likely to know, you could still be in trouble if you’re pulled up. Likewise, if your license has expired.

I object to IDPs on principle; I think they’re a ripoff today. But there are two very important considerations to keep in mind. Remember that comment above about your insurance company requiring you to have an “appropriate license”? If you’re in Georgia or in one of the many countries around the world that mandates an IDP, you must have one or the insurer will have cause to deny your claim. 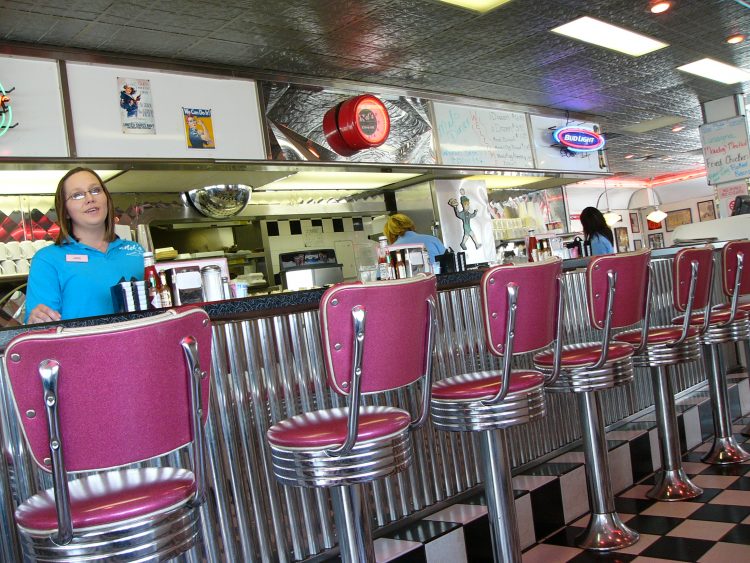 You’ve got to love American diners, if not for the food then for the decor. (Photo Mike Grant)

One of the places where this applies is Bali. A young Australian who recently crashed his rented scooter had travel insurance, had a licence and was wearing a helmet. But he didn’t have an IDP, so his insurance company is denying his claim and his parents are up for at least $50,000, possibly much more. Be warned.

I check before I ride anywhere. I’m off to Portugal later this year, and they don’t require an IDP – but if I were going to Spain, next door, I would get one because they do want it. ‘Better safe than sorry’ has never been more appropriate.