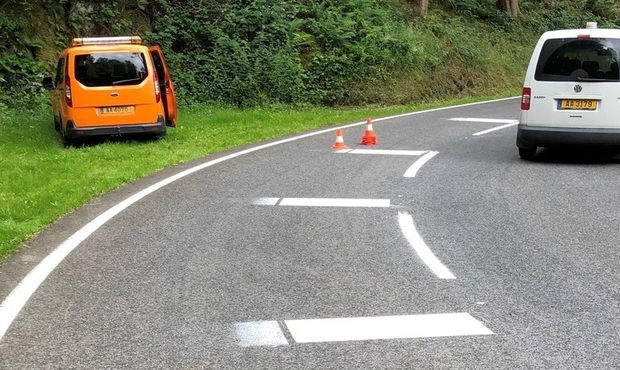 This freshly applied road paint is supposed to guide motorcycle riders to a safer part of the road in corners.

These markings were installed on the N25. It travels between the towns of Wiltz and Kautenbach. The N25 was chosen because it is a twisty road and reportedly very popular with motorcyclists.

Do the Markings Increase Safety?

After six months of testing, the Roads Authority believes that the markings have made motorcycling safer. The Roads Authority equated safety with motorcycle position on the road. The green zone was deemed the safest, the yellow zone less safe and the red zone not safe. 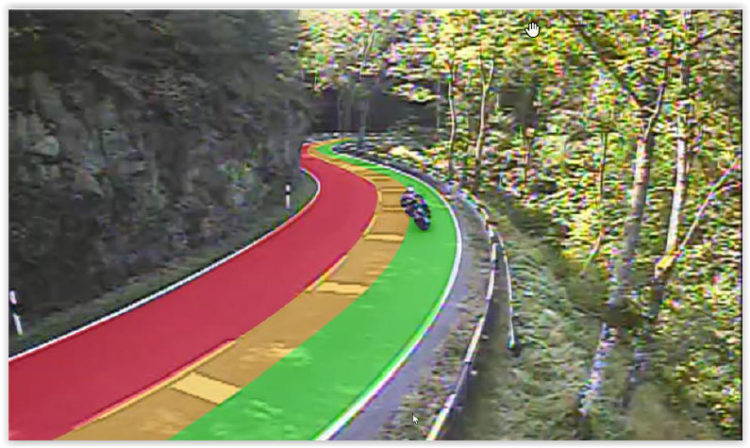 The Luxembourg Roads Authority used these three zones (red, yellow, green) and equated them to an increase in motorcycle safety. Under this theory, these statistics point to motorcyclists staying in the green zone more and the other two zones less. But does addressing motorcycle positioning really equate to increased safety?

Apparently, the Luxembourg Road Authority thinks so because based on these statistics, the Roads Authority declared the markings a success. They indicate that they will continue to monitor activity on the N25 and decide whether to implement the markings on other roads frequented by motorcyclists. 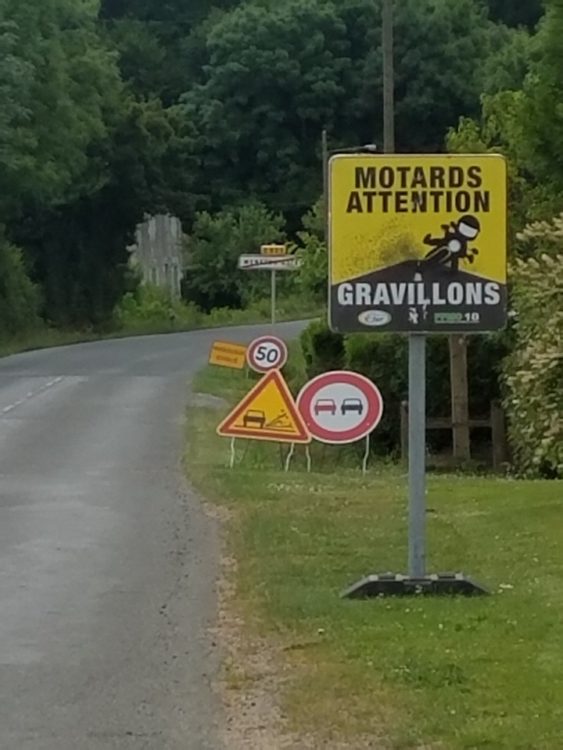 Do the Statistics Equate to Safety?

Do the painted surfaces reduce dry or wet traction?  Could the reduced level of grip actually make the roadway less safe?  According to the Roads Authority, the paint is a special blend that does not decrease traction.  Regardless, does motorcycle position in the roadway really equate to additional safety?

Note that these type of markings are in use in Austria on the Grossglockner pass. Unfortunately, information/statistics on increased/decreased motorcyclist safety is not readily available. Perhaps their data is more complete and conclusive?

At first blush, moving motorcyclists away from the center of the roadway could potentially increase safety. But are these types of markings actually creating a greater hazard than existed previously?