Rumors are circulating that Royal Enfield may be bringing back a bike last manufactured in the 1940s, 1950s, and 1960s.  What’s driving those rumors is a filing for the European Trademark Rights to the name “Meteor”.

Royal Enfield’s parent company Eicher Motors has filed an application to trademark the name “Meteor”.  The application requests permission for the name to be used on “motorcycles and parts and fittings, therefore” as well as clothing.

How will Meteor be used?

The filing begs the question, if the trademark is granted, what will the name be used for?  Once again, the internet is rife with speculation.  Some say that the name will be used for a bike that has the same 650 cc parallel twin engine found in Royal Enfield’s INT 650 and Continental GT. 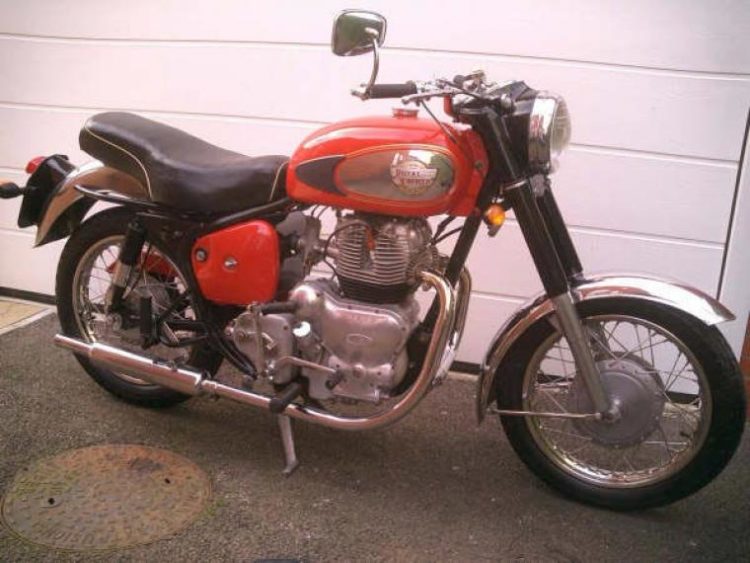 Pundits of this theory point to the Meteor Minor was originally a 500 cc parallel twin sold in the late 1940s.  That bike was succeeded by the Super Meteor in 1953 with a 692 cc parallel twin engine.  So as not to compete with the INT 650 and Continental GT, rumors say that the Meteor’s engine will be detuned.

Others think that the Meteor name may be applied to Royal Enfields final version of its Concept KX Bobber.  That machine was originally shown at EICMA in 2018 and has been making the rounds at various shows around the world. 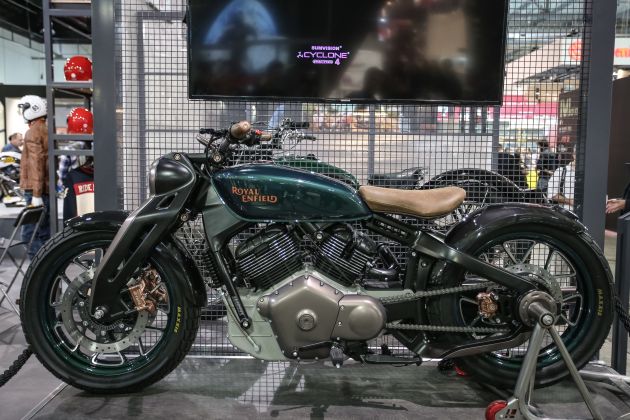 The Concept KX utilized an 883 cc V-twin Engine.  A 650 cc parallel twin bobber may be interesting to many.   Particularly if Royal Enfield can produce the machine at a price point less than the Triumph Bonneville Bobber.

While the above potential applications are speculation, it’s clear that Royal Enfield has something in mind for the “meteor”.  We’ll keep you updated with additional information as it becomes available.