According to Royal Enfield’s new CEO Vinod Dasari, the worse of the Indian auto and motorcycle industries’ downturn is over.  Striking a positive note, Dasari said that he expects sales volumes of Royal Enfield motorcycles to accelerate going forward.  He even went so far as to suggest that Royal Enfield sales may grow in double digits.

Dasari spoke to the Economic Times, where Dasari was quoted as saying:

I think we have hit the bottom. Given the range of products that will come, it (a double-digit growth rate) is possible. The general economic sentiment has also got to improve.  High-end vehicles get hit much worse during downturns. But the minute the sentiment improves, the fastest growing segment will also be this.”

Royal Enfield had an excellent October after posting double-digit declines earlier in the year.  Dasari said the Indian brand would get back to double-digit growth this year on the back of sustained product action and increasing reach, both locally and internationally. 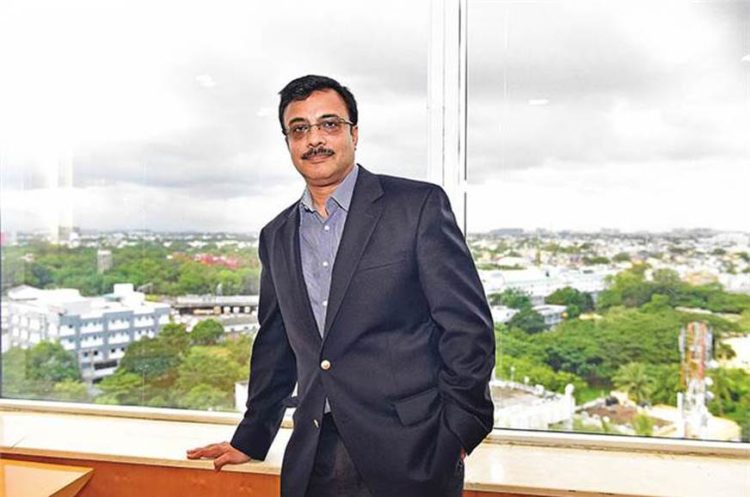 Quoting the Sun Tzu the Chinese military strategist and philosopher:

“I love downturns. In the midst of chaos, there is also opportunity.

Royal Enfield has come out with a new strategy which it calls Royal Enfield 2.0.  The plan consists of four action points:

When asked about what caused the brand’s slump, Dasari attributed it to a lack of new products and India’s overall economic downturn.  To combat these issues, Royal Enfield has launched new entry-level variants of their current machines, such as the Bullet X and Classic singles.  They have also opened small studio stores, which helped enhance customer access.