Royal Enfield is one of those brands that can claim a long history with “classic” bikes.  Like Harley-Davidson, the Indian brand has been making bikes with similar characteristics for over one hundred years.

Recently, Royal Enfield has brought some new models to market.  First, they brought the Himalayan adventure bike and most recently, their new 650 twin-cylinder bikes; the INT 650 and GT.  And now, it appears that Royal Enfield may be giving the electric motorcycle segment a hard look.

According to a CNBC 18 interview, Royal Enfield’s CEO Vinod Dasari;

“Royal Enfield’s UK tech center had rigged up an existing product into an electric motorcycle and it’s fantastic, I have driven it myself.”

“[We are] looking to maintain the Royal Enfield DNA in the electric segment. Who knows, you may have a retro-styled electric Royal Enfield.”

Dasari also said that although Royal Enfield is exploring how to adapt electric powertrains into their product line, additional research and development (R&D) is still necessary.  That R&D may require another 2 – 3 years before a street-ready Royal Enfield motorcycle makes its way into the marketplace. 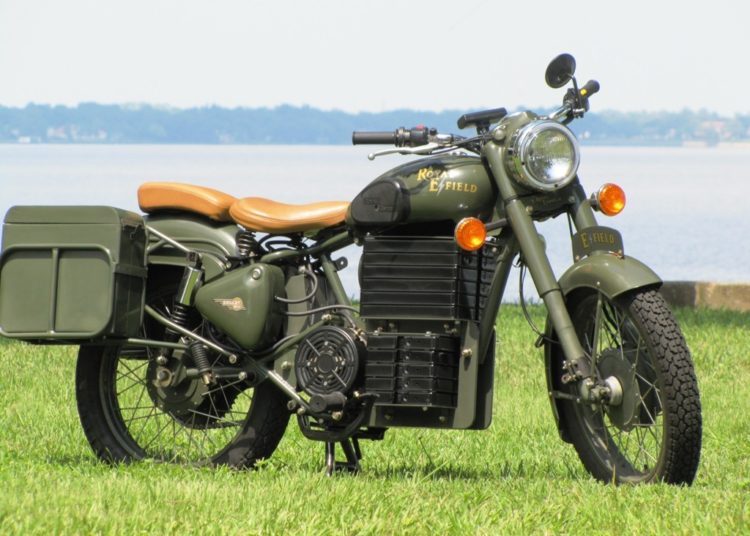 The benefits of an electric motorcycle

With India’s air quality a significant issue and millions of people riding motorcycles and scooters in India, could an electric motorcycle could become a component that facilitates the development of an Indian air quality program?

But Royal Enfield is often thought of and appreciated for its simple “low tech” easily repairable machines.  Will the Royal Enfield faithful adopt a more “technologically advanced” and potentially more difficult to repair motorcycle?

That could be an interesting question.  What do you think about Royal Enfield entering the electric motorcycle market?  Is it a good or bad thing?  Let us know in the comments below.