MotorCycles Data reports that Royal Enfield’s performance around the world is remarkably uneven, with Indian 2020 sales hit by the Covid-19 pandemic.

Royal Enfield lost 44% of global sales in the first five months of the 2020, despite an outstanding performance in the international activities. The manufacturer is booming in ASEAN and growing in Latin America and in most of European countries. However, the collapse of India industry, due to the long shutdown, dragged down the performance.

Royal Enfield is a fast developing brand and following the fast growth reported in India between 2012 and 2018, a deep strategy to grow sales in the international markets has been put in place. In the first part of 2020, although the manufacturer is expanding the global distribution, its image and customer base, sales are declining sharply.

Sales declined 44.9% in India, while boomed 94.6% in the ASEAN area (thanks to Thailand and Vietnam expansion), improved 6.7% in Latin America, although the local industry is collapsing thanks to poor sales in Ecuador and Costa Rica,  and lost only 9% in Europe. In 2019, global sales were down 18% despite booming in Europe.

In recent years, Royal Enfield sales have been impressive, benefiting from an Indian market boom. Indeed, Royal Enfield is by far the leader in the mid-engine size motorcycles in this market. Looking at some figures, Indian sales for Royal Enfield grew up from 469.741 in 2012 to a record – the sixth in a row – of 846.000 in 2018.

As a result, the Indian market’s development has always been of major importance for the brand. However, it has recently directed its attention on a more global level. A global expansion signifies differentiated risk without being fully dependent on the domestic market.

Limitations and drawbacks that come from a single market dependence were evident in 2019 results. In fact, due to the first decline of Indian market in years, Indian global sales fell down a huge 18% at 713.000 units.

Indeed, year 2019 confirms the fear regarding the tight relationship between the company’s performance and the domestic market. After years of growth, India is losing substantial terrain in the two-wheels domestic market, affecting the brand’s overall performance despite the outstanding growth of its international business. Sales in India deteriorated by 19.2% and considering this market represents the 97% of total sales, the performance in other markets was not able to minimize the lost.

Even though the Indian Eicher Company acquired Enfield India Limited in 1994, renaming it Royal Enfield Motors Limited, other changes were slow in coming. Changes at Royal Enfield in recent years have worked out well for the brand beginning in 2016 with the launch of the Himalayan. With its all-new LS410 engine and improved all-terrain suspension, it promised ‘the ride of a lifetime on all roads and no roads’ and kept that promise – at least well enough to sell many bikes. 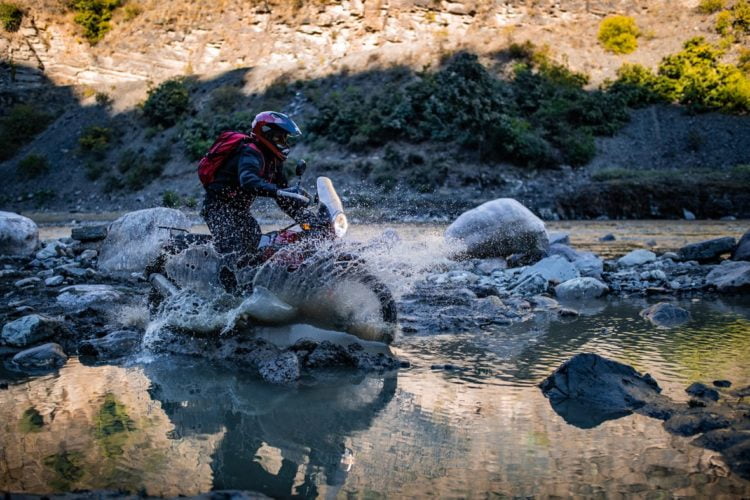 Royal Enfield will be hoping that they can skim the waves of a declining home market.

2017 was another big year as Royal Enfield moved into its modern Technology Centre in the UK at Bruntingthorpe Proving Ground, Leicester. Its third manufacturing facility at Vallam, near Chennai also came online in that year.

While it seems unlikely that international sales will ever allow Eicher to ever decouple the success of Royal Enfield entirely from the local market, their substantial growth speak volumes for the future success of both the motorcycles and the firm’s marketing model.

(Information from MotorCycles Data, edited for sense by The Bear; photos Royal Enfield)