For a few months now, ADVRider.com has chronicled the return of the Jawa brand to India.  We’ve provided articles on Jawa’s resurrection, a coincidentally same time drop in Royal Enfield sales and Jawa selling out all its motorcycles through September 2019.

Up until Jawa’s return, Royal Enfield’s hold on the 350 cc market seemed insurmountable.  But now and for the last 3 months, Royal Enfield’s sales have dropped in this segment.  A segment which is very important in India.

Now, some Indian market watchers are attributing the fall of Royal Enfield’s 350 cc sales to the popularity of the two new Jawa 350 cc bikes; the Jawa and the Jawa 42.  Jawa is owned by India’s Mahindra & Mahindra (M&M) conglomerate.  M&M have been able to bring the Jawa and Jawa 42 brand to market at about the same price as Royal Enfield’s offerings.

Jawa’s machines have been so popular that the brand shut down its pre-order website because they had sold all inventory through September 2019.  Even with the pre-order website closed, buyers have continued to walk into Jawa dealerships and pre-order more motorcycles.  So many have placed orders that Jawa is now sold out until November 2019. 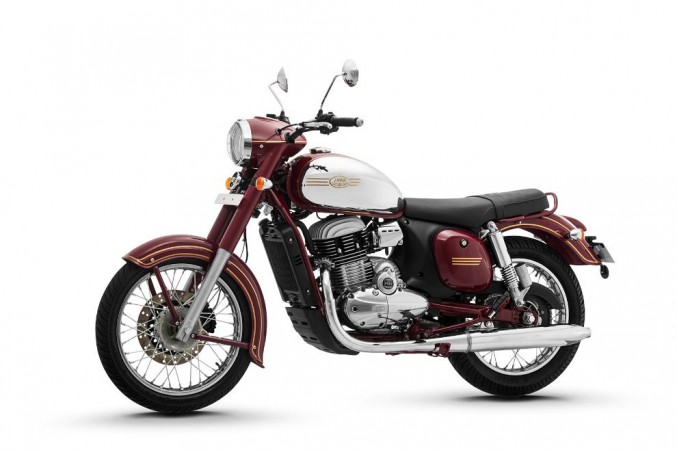 Apparently, the question of whether Jawa was taking a portion of Royal Enfield’s market share has garnered enough attention that Eicher Motors’ (the parent company of Royal Enfield) Managing Director and CEO Siddhartha Lal admitted that competition for Royal Enfield is increasing and will continue to increase in the future.

“Royal Enfield is an entrenched leader which has a strong distribution and aftermarket network with strong service backup and residual value. New entrants, of course, there will be many and more shall be coming up. There will be copycat types and there will be people doing totally different things and that is part of a competitive nature. We have a very good product line and very strong plans. We are on a great wicket, it’s the others who have to try hard to even take a nibble out of us.”

With domestic sales dropping for the last 3 months, Lal had this to say:

“In the last 10 years, we have had an excellent growth of nearly 20X and margin expansion to 30 percent from 10 percent. And that is attracting lots of people to enter our market and that includes some of the biggest players. Initially, there is always hype, because there is a new product and there is always the noise and excitement about it. But we have managed to keep steady and keep our course. We take deep cognizance of competitors coming in and we have our own ways of managing that.”

So without saying Jawa have affected Royal Enfield’s sales, Lal may have tipped his hat by anonymously identifying “lots of people to enter our market”.  It’s quite likely that one of those “people’ means Jawa.  In closing, Lal went on to say that competition is rising and will continue to rise in the future, but “it will take a lot more to take away our pie.”

That statement would seem to indicate that Mr. Lal may have more than a little sweat breaking out on his brow.