Multiple outlets are reporting that Royal Enfield is recalling 15,200 motorcycles due to a brake caliper corrosion problem.  Presently, only bikes shipped to the company’s export markets in the UK, Europe, and Korea have the issue.

The affected models are the brand’s Himalayan, Interceptor 650, and Continental GT 650.  However, the particular model year(s) of the affected bikes is not yet clear. 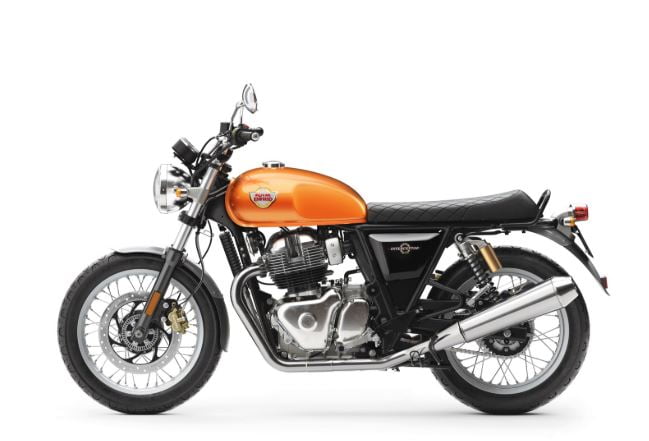 A photo of the US version of the Royal Enfield Interceptor 650 (aka INT650).

The problem reportedly arises when corrosion occurs as a result of sustained, long-term exposure to riding on roads treated with certain road salts used to prevent the formation of ice during winters.  If present, the corrosion can damage the brake caliper piston bore and assemblies.  Affected machines can have an unusual braking sound or increased brake drag.  The problem may also impact braking action.

The Royal Enfield Continental GT is presently the subject of a recall in the UK, Europe, and Korea.

“…would like to reiterate that the 650 Twin motorcycles and the Himalayan are rigorously tested to global validation standards of quality and durability.  The safety of our riders is of prime importance to us at Royal Enfield and we are deeply committed to the duty of care to all our customers. We are committed to swiftly implement the service action, and customers will be contacted through respective local dealerships.”