We knew that Royal Enfield had some kind of cruiser model up their sleeve for EIMCA. But the teaser images, being teaser images, enticed rather than informed. 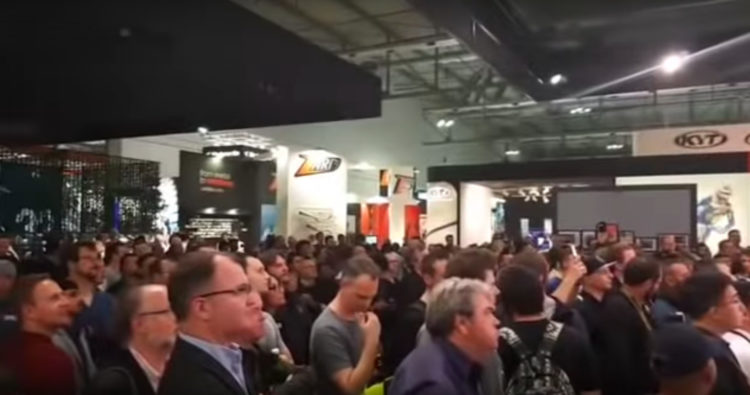 Before a packed house in Milan, so packed that photogs had trouble getting a lens in edgewise, Royal Enfield introduced their Concept KX bobber. It’s long, it’s low and it’s — actually, it’s kind of cool looking. 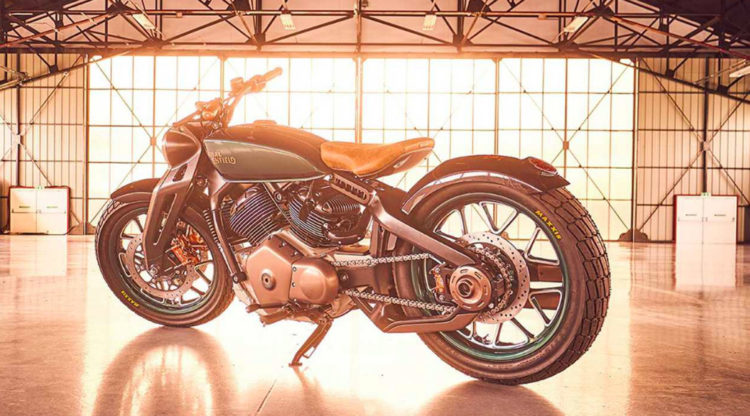 Listening to the introductory speech, the Concept KX was born on a day bored designers sat around in a studio at Enfield’s new innovation center in Leicestershire, England. Since their job is to come up with stuff, they started playing with whatever was to hand. A couple of 19″ wheels here, a few styrofoam blocks there and suddenly the messing around felt more serious.

That was a year ago.

In Milan this week was the end product of a lot of refinement of the original product. It’s not a street-legal concept and it may never see the road, but Royal Enfield have been trying to shed their staid image in recent years. This concept fits perfectly with that.

The Concept KX demo has a burly 838cc V-twin-powered lump that has its conceptual roots in a 1930s-era bike, the 1140cc V-twin Royal Enfield KX. Some 80 years later, that original KX remains the largest displacement engine that RE has ever built.

What’s missing here? Because it looks sweeter without them, the concept bike has little to no suspension, no turn signals, no mirrors, no plate holder. But it does have a LED headlight and a rad front fork design.

Oh, and it’s made entirely of foam. 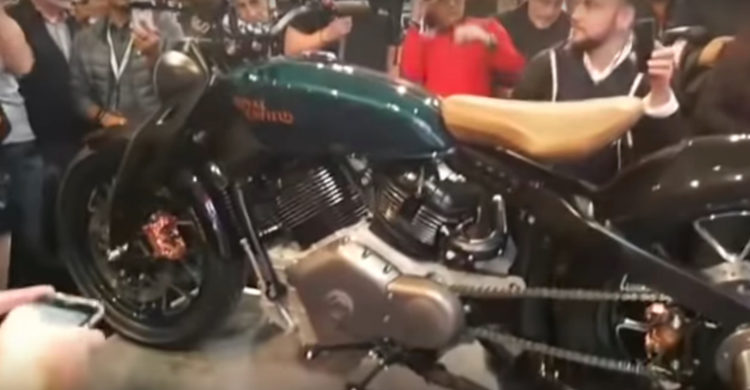