Ducati has been busy finding ways to use its supremely powerful V-4 engine.  Recently, they announced that the V-4 would be used in the new Streetfighter prototype.  Now, according to German outlet Mottorrad, Ducati has decided to produce a V-4 Multistrada.  They go so far to say that one has already been sighted testing around the plant in Bologna.

No photo evidence of V-4 Multistrada

Unfortunately, there’s no photo evidence of the supposed beast.  So these types of reports should be taken with a huge dose of salt.  But what is interesting is that Motorrad seems to have several details that may be evidence of the bike’s existence. 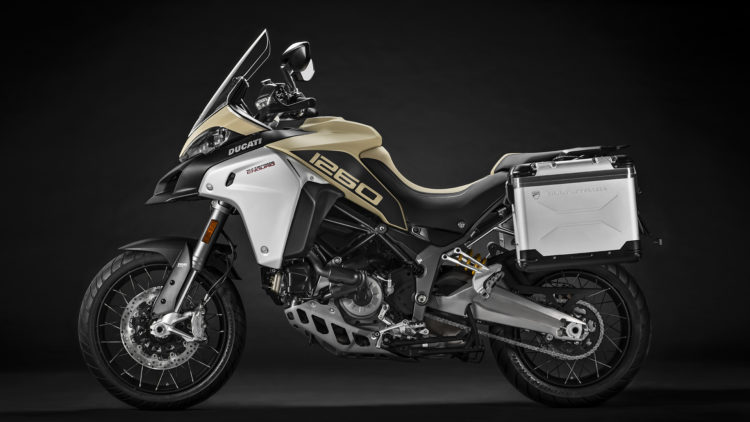 Motorrad says that in 2020, Ducati will supplement the Multistrada series with a V-4 model.  It would produce about 190 HP and will include an “innovative safety package”.

Ducati has named the safety package ARAS.  It reportedly includes both front and rear radar sensors that can sense other vehicles close by as well as a blind spot sensor.

Will not replace V-Twin engine

Motorrad also says that Ducati will not replace the V-twin version but will be added to expand the model range.  They also compare prices of the different versions of the current Multistrada and say that the V-4 engined bike will cost at least €20,000 (~$22,500).  That makes sense since the existing Multistrada 1260 starts at $18,695 and a V-4 engine would cost an additional premium. 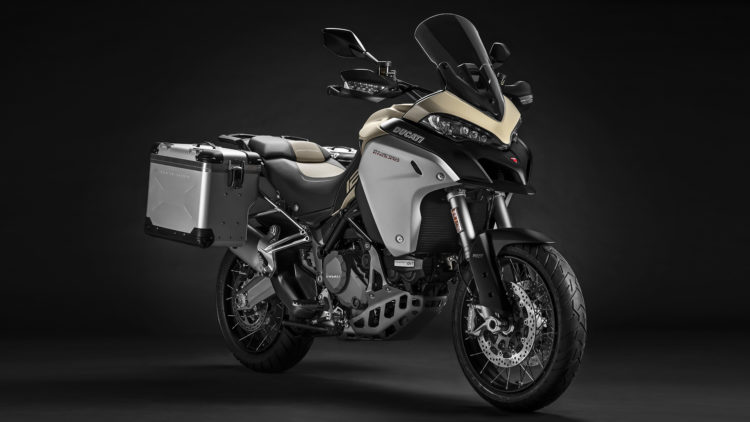 While Motorrad does have some specifics, you can probably place this one closer to speculation than fact.  But a V-4 powered Multistrada would be excellent competition for other heavy adventure bikes.  Bikes such as the KTM 1290 Super Adventure and the BMW R1250GS are likely targets.

Ducati sales grow in first half of 2021, including best sales month ever

Yamaha plans to have carbon-neutral lineup by 2050