Iran’s Department of Environment (DOE) has announced plans to scrap 25,000 carbureted motorcycles within the next two months.  This action is to be taken in accordance with its clean air law.

Comprised of 35 articles, the law is the DOE’s attempt to curb air pollution.  The law identifies major sources of pollution including old “clunker” carburated motorcycles.  Passed in 2017, agreement on implementation an the process for scrapping motorcycles was only reached last week.

Apparently, when registering a new motorcycle, an old “clunker” motorcycle must be turned in.  Vahid Hosseini, an Iranian official, was quoted as saying:

“According to the clean air law, no license plate for carbureted-engine motorcycle should be issued unless a clunker carbureted motorcycle is scrapped.”

Additionally, under the new law manufacturers are obligated to scrap one carbureted motorcycle in exchange for the production of a new one.  Government program(s) to support the owners of “clunker” motorcycles are to be put in place.  Details on how these programs will work are not readily available. 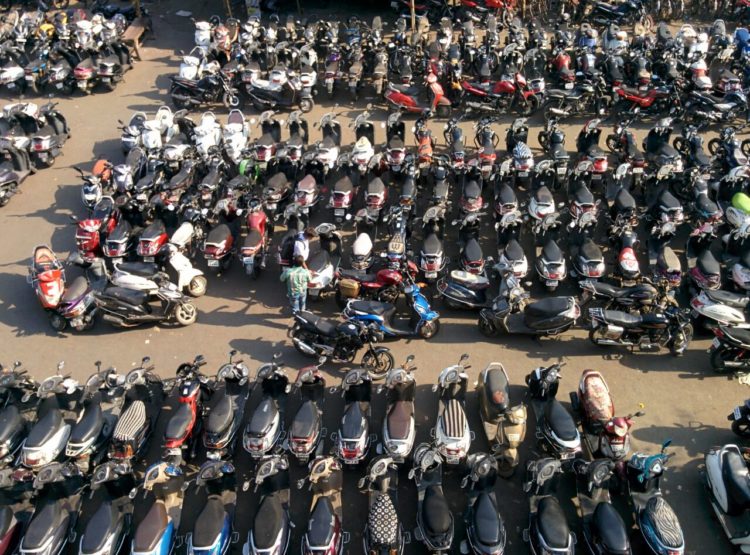 The measure hopes to reduce air pollution and encourage the use of electric motorcycles.  Hosseini went on to say:

“We hope that other metropolises of the country being hit by air pollution cooperate to scrap polluting motorcycles and encourage the citizens to use electric motorcycles, which helps the motorcycle industry to grow and opens up many job opportunities.”

A report by the World Bank indicated that motorcycles are the second largest contributor to pollution in Tehran, even though cars greatly outnumber them.  The report concluded that there are less than 1 million motorcycles in Tehran which contribute about 12 percent of total mobile pollution emissions.  This compares with Tehran’s car population of  3.37 million which contributes only 3% of the city’s mobile pollution.

What do you think of a requirement that mandates the scrapping of an old high emission vehicle if a new one is to be produced?