In one regard, car salesmen regard the motorcycle industry with sour envy. They can sell their suckers… er, customers insurance, finance, rust protection, floor mats and… well, not much else. Motorcycle salesmen, on the other hand… consider this example, straight from the mouth of one of Australia’s major Harley-Davidson dealers.

“If a customer buys a $30,000 bike (remember these are Australian prices) and rolls out of the door with less than another $10,000 in clothes and accessories, I fire the salesman.” 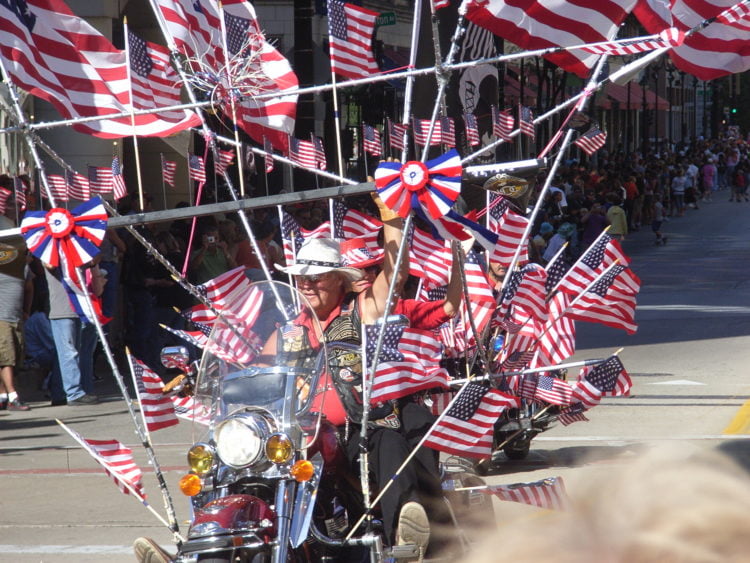 Who sold this bloke all his flags? It could have been you!

There are so many things you can buy yourself and your bike. And it’s not nonsense like rust protection, either. It’s real stuff: a louder (“throatier”) exhaust system; matching leathers for yourself and the lady; a wider seat to pamper her bottom; a louder horn to let the world know that you, yes, you, are comin’ through, hats; shirts; badges; jackets and even socks. It’s a gold mine and the dealer doesn’t even need to get down on his knees and get his hands dirty panning for it. Buyers beg for the stuff.

The same bloke mentioned above also used to be a GoldWing dealer. A customer ordered a ‘Wing and, when he came in to collect it, asked what accessories were available for the bike. The salesman coughed politely and pointed to a foot-square three-level display that held a few keyrings, badges and such.

“What’s all this other stuff on the walls?” asked the customer.

“Is it too late to change my order?”

“No sir, not at all. Now this model over here is an Electraglide…” 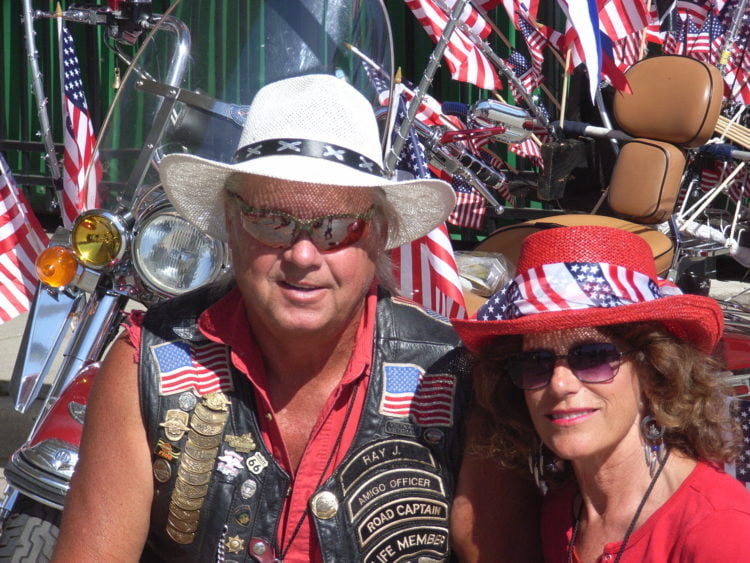 You say there are more branded products to be had? Show us where!

Honda eventually learned the lesson, but it took an awfully long time and they are still nowhere near the Motor Company in variety and ingenuity of accessories. Other Japanese manufacturers lag even further behind. Last time I looked, Kawasaki offers branded caps, shirts and… shirts and caps. And hoodies. Suzuki’s the same and Yamaha is not much better, although in Australia, at least, they’ve picked up on the advantages of running a highly versatile and effective operation selling other people’s accessories and clothing.

The Europeans do better.  They haven’t always. I can remember when you were lucky if BMW offered a T-shirt in its clothing range, and as for accessories… well, you’d better be familiar with the name Krauser because Mike produced everything from panniers to four-valve heads for airhead BMWs. He even built three-wheelers called Domanis, but that was later and they used four-cylinder K Series engines.

I road tested one of those once in Germany and wrote it up for an Australian car magazine. The next time I met the Young Mrs Krauser, she said “Ah, we owe you dinner.” When I asked why, she told me that as a result of my story they had had an order for a dozen Domanis – from New Zealand. That was more than a tenth of the total production.

When I checked the story of this order with a knowledgeable friend, he said “Yeah, they would not even have been unloaded in New Zealand, they would have gone straight on to Japan.“ Apparently the Japanese had ordered so many Domanis that Krauser had imposed a limit – and this was a way to get around that.

Come to think of it, I never did get that dinner. 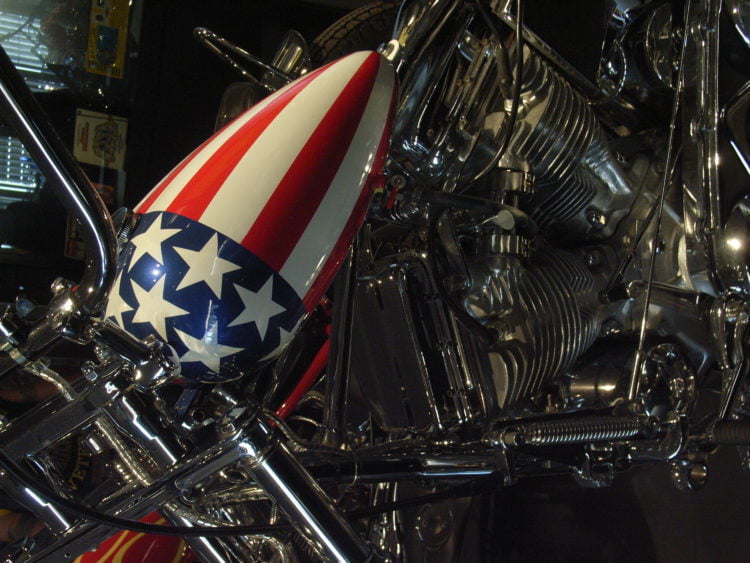 Even America can be a product, and not just as paintwork on a tank.

Ducati licensed its logo out for a few things, but few other brands were considered attractive enough in the 1960s and ‘70s. Today they all make substantial amounts of money from clothing and aftermarket bits and pieces. Even Moto Guzzi has got into the act with, among other things, knitted cardigans. Far be it from me to draw conclusions from that.

Unkind American commentators referred to Indian as a “t-shirt company with a motorcycle” for many years until Polaris bought the brand and got serious with it. Many equally unkind people still call Norton that, or did before it went broke again.

The potential purchases don’t stop with goods branded with the name of your bike. Anyone who’s serious about performance these days would be looking at an Akrapovic exhaust system, or at least slip-on mufflers. There are several Italian manufacturers of motorcycle clothing who offer outstandingly stylish and perfectly safe gear, not to mention Ger 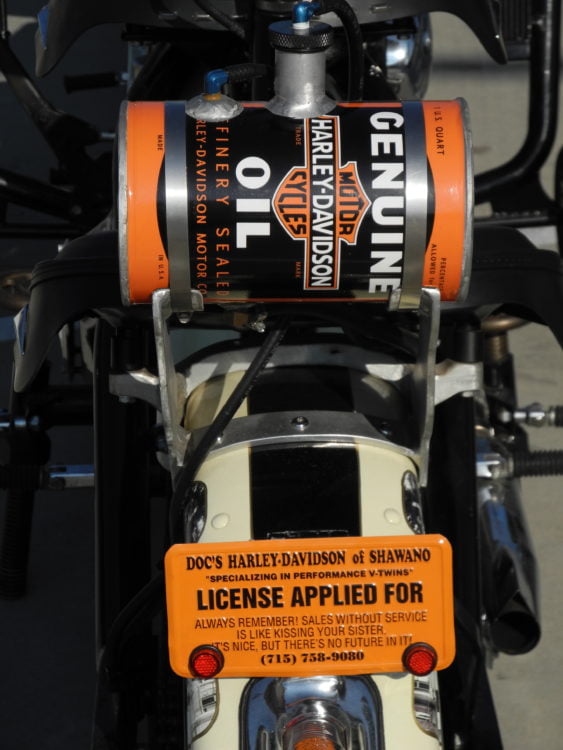 Yes, even a humble oil can can become an accessory if it has the right logo displayed on it.

man firms like Held and Americans Aerostich and Klim.

Then there’s basic safety equipment including helmets, boots and gloves, requirements for bikes but not for cars. None of these up-sales are available to car sales personnel. Even in the grand old days, they would have struggled to unload anything beyond a pair of string-backed gloves and perhaps a tartan flat cap, and that only if they were selling a convertible.

The moral of the story is yes, cars cost more, and they are generally easier to sell than motorcycles. But they offer limited options for up-selling. And you should see the margins on some of that aftermarket gear…

Iceland
Another reason to visit Iceland