It seems that major helmet manufacturer Shoei has entered the “smart” helmet market.  Until now, only startup type companies partially or fully funded through crowdfunding sources have rolled out these types of helmets.

Companies such as Jarvish, Skully, and CrossHelmet have shown smart helmets for motorcycle use.  But these types of companies are often subject to mismanagement, lack of funding and other small company issues that can prevent or stop production very quickly.

In a first for a major helmet manufacturer, Shoei used this year’s Consumer Electronics Show (CES) to show off their smart helmet concept.  Working with In collaboration with NS West, Shoei has introduced the IT-HT smart motorcycle helmet.

The IT-HT incorporates a heads up display (HUD) that increases your situational awareness and allows you to keep your eyes on the road.  HUDs have been in use in automobiles for some time now, so its refreshing to see that a major helmet manufacturer is taking the smart helmet leap.

But has Shoei taken a leap or just a short hop?  Shoie’s helmet offers only a single piece of technology the HUD.  Helmets from other lesser known manufacturers such as the ones listed above include far more technology.

Competitor helmets already offer electronic components such as Bluetooth connectivity, music streaming, navigation, and voice command.  With only a HUD on offer, is Shoei too late the smart helmet party? 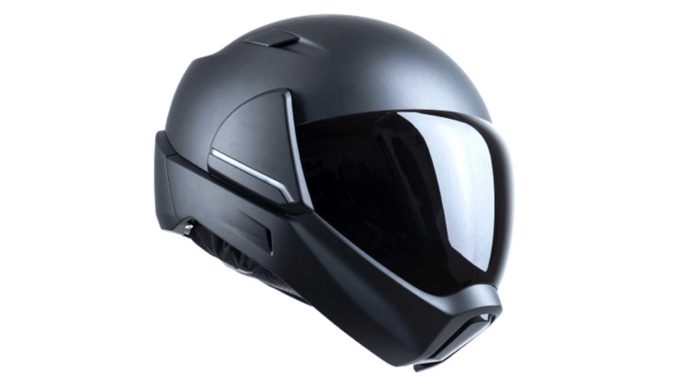 With Skully and Jarvish already shipping production models, can Shoei catch up?  Their press release mentions only the HUD and does not mention any other technology that is presently being worked on.  Shoei has also not provided a production timeframe or where the helmet will be priced.  As a premium manufacturer, one could reasonably consider that their smart helmet will be expensive.

What do you think of smart motorcycle helmets?  Would you ride with one?