Have you heard of the Silk Way Rally? I hadn’t until I chatted with our friends at Rally Raid Network. Most of us have heard of the intensely difficult and dangerous Dakar Rally. The 2018 version of the Dakar was its 40th Anniversary. Teams come from all over the world to compete.

While the Silk Way Rally may be a relative newcomer to the Rally scene with only 8 competitions so far, the challenges are not minor league. This year’s rally will be held over 10 days and cover nearly 5,000 kilometers. Competitors will start on July 6, 2019, from Irkutsk, Russia and end on the 16 of July in Dunhuang, China. 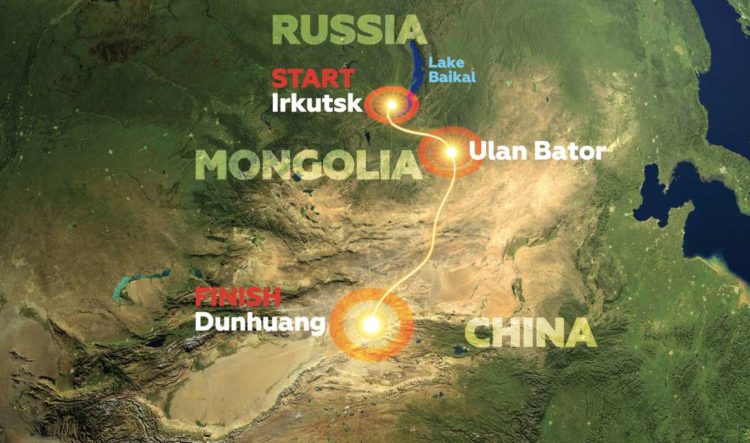 After scrutineering, the Silk Way Rally will host 2 stages in the hilly region of Lake Baikal. Next, the competitors will run through the heart of the TAIGA in the forests of Siberia. The rally then turns to Mongolia with 5 stages on the Mongolian steps and mountainous tracks. To close the rally, competitors will cross into China and into the famous Gobi Desert. Once through the Gobi, the course will take competitors into Dunhuang one of the ancient oasis’ on the Silk Road.

This year is the inaugural year for motorcycles. The bikes will be taking the same route as cars and trucks, so the level of difficulty will be the same for all competitors.

If you think you’d like a shot at an international rally experience, the Silk Way Rally is doing its part to make it affordable or even (amazingly) free. Organizers announced that registration is free for cars’ and trucks’ crews (nothing about motorcycles though) under the age of 30. Additionally, to enhance the number of female participants, all 100% female crews will be given free registration as well!

You can follow detailed coverage of the Silk Road Rally by visiting ADVRider.com as well as the Rally Raid Network.