If you follow around the world (RTW) or extreme condition riding, Sjaak Lucassen is a pretty well-known guy.  He’s been around the world more than once and ridden in extreme cold for long distances.  Interestingly, his choice of mount for these journies is a superbike.  At first, his choice of mount was a Honda Fireblade (900RR) and for the last few years, its been a Yamaha R1.

Now Lucassen has set his sights on another extreme ride.  He’s decided that he wants to ride from Anchorage, Alaska USA to the North Pole.  If you’re wondering how he’s going to ride over the ocean, the answer is that he’s going in winter. 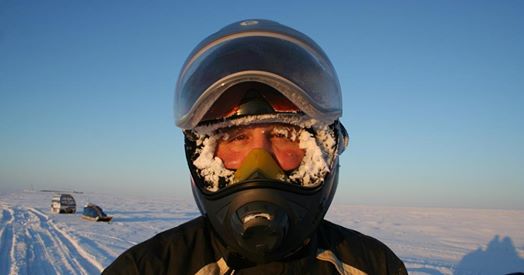 A cold Lucassen in double-digit below zero (F) temperatures.

Lucassen is no stranger to cold weather riding.  He’s already ridden over the frozen polar sea during a 2013 ride from Point Barrow, Alaska to Inuvik, Northwest Territories Canada.  At that time, he used a modified Yamaha R1 and specially built enclosed sled. 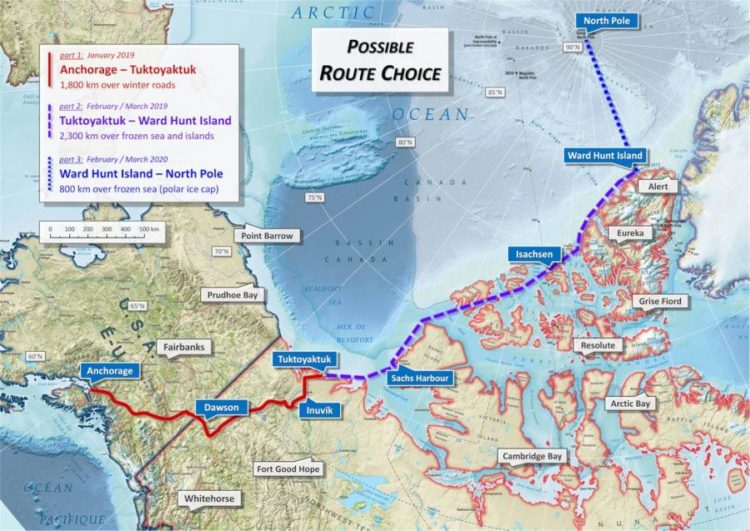 But for this trip, he takes his modifications to the R1 a few steps further adding wider tires and suspension that can be lifted by 7 inches and 10 inches at the rear with a push of a button.  He’ll also use a different purpose-built sled. 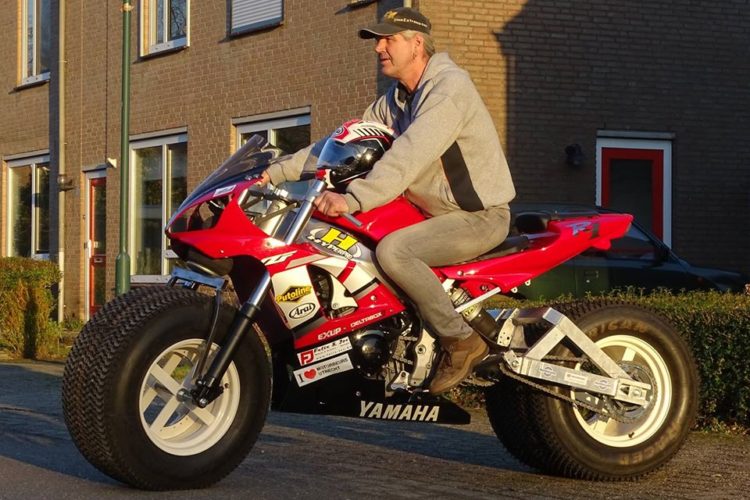 Lucassen intends to make the trip solo, but he will have a modicum of support.  With the route’s planned remote route, he can not carry enough fuel to make the trip.  As such, he’ll have a support vehicle following him with fuel and people to film and photograph the journey.