There are a few things I have learned in my travels that don’t seem to come up all that much or aren’t addressed when they do. Here’s a short selection of them which may help not only rtw riders, but also holidaymakers. 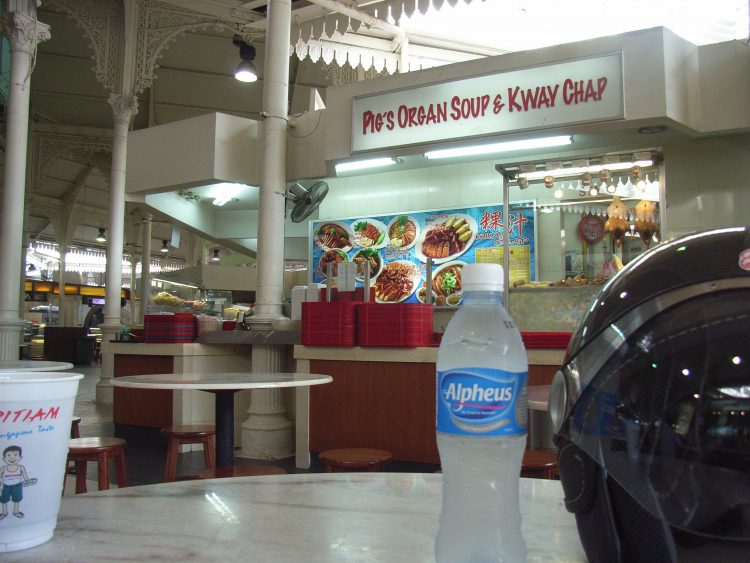 Carry your paperwork on your person, if possible. This is only partly a security measure, although it certainly is that. If your bike is stolen, you will need every bit of personal and vehicle information you can get hold of. It’s a good idea to also have a full set of photocopies which you carry on the bike in case you lose your jacket in one way or another. And keep yet one more set on a USB key. I have mine attached to my keyring. That way I can’t forget it.

Are you likely to forget something as important as your paperwork? I did. Being extra careful, I used to sleep with my passport under my pillow. That was fine until I forgot to recover it one morning after a night in a Thai hotel. I only remembered just before lunchtime and had to ride back. As I raced into the hotel lobby (front room, really, it was a very basic hotel), the desk clerk was already holding the passport out to me with a big grin. 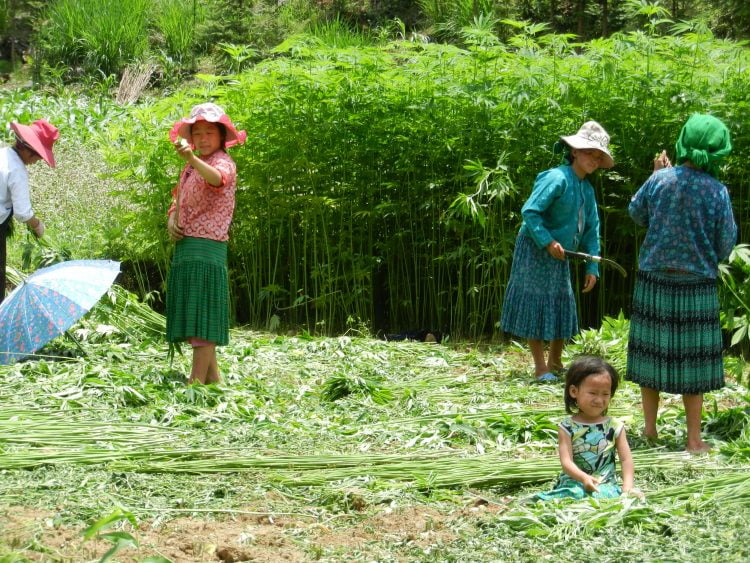 Yes, these folks in Vietnam are cutting cannabis – but to turn into clothes, not to smoke.

Not the illicit ones, the ones your doctor has told you you need to take. This can be very serious; insulin-dependent diabetic for instance need not only insulin (kept at an appropriate temperature) but also an injecting pen or hypodermic syringe. A complication that’s sometimes ignored is that different countries require prescriptions for different drugs. Check carefully before you go. This kind of information is available on the interwebs. Carry prescriptions with you anyway, and keep the drugs themselves in their original packets.

If you can avoid it, do not buy drugs, including prescription drugs, in Third Worlds countries. Not only are rules regarding labelling different, fakes are all too common. Some of them look really good, but the contents of the packages can be vastly different from what you expect. 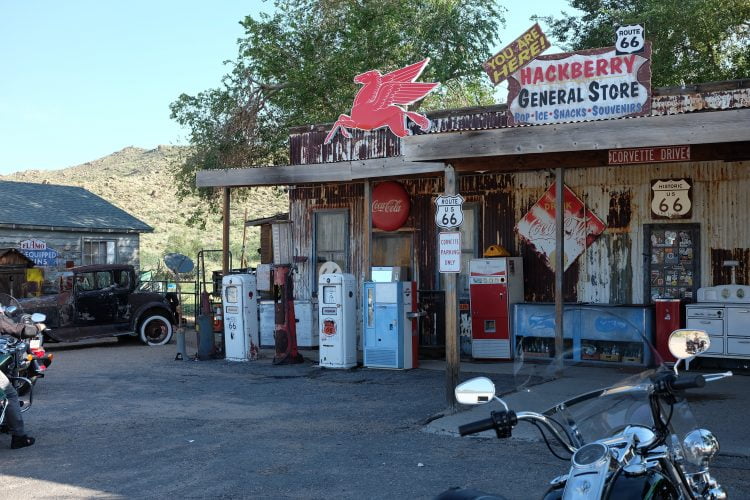 Some gas stations offer much more than fuel .

Which Side Are You On?

Surprisingly, few riders have trouble with this. If they do, it’s generally in situations where there is no obvious guide to help them – primarily in complicated intersections, roundabouts or when leaving service stations. But this is less of a hassle than you might think. Because you are aware of the difference, it stays front of mind and you will usually be fine. If you’re still worried, stick an arrow made from coloured adhesive tape on your fairing screen or somewhere else where you can’t help but see it to remind you.

The real problem comes when you return to your own country, or at least to riding on the side of the road you’ve previously been used to. You are quite likely to find yourself suddenly reverting to the ‘wrong’ side without realizing it. My theory is that the experience of riding on the other side desensitizes you and there is simply no ‘wrong’ side any more. You’ve ridden on both sides, so the automatic mental warning that you’re not on the correct side is switched off. Just my theory, but the problem is very real.

A few months after returning from a ride in the US, I borrowed a Harley in New Zealand and set out on a ride around the big volcanoes on the North Island. At one point I passed a scenic-looking barn and made a U-turn to take a photo. That put me on the right (wrong) side of the road, but I didn’t realise that and rode off. The driver of the huge old Foden truck that came around the corner on ‘my’ side of the road is probably still talking about the Road King the was headed for his radiator until the rider wrenched it over into the ditch. It took a while to clean the grass out of the frame of the bike, but there was no damage. 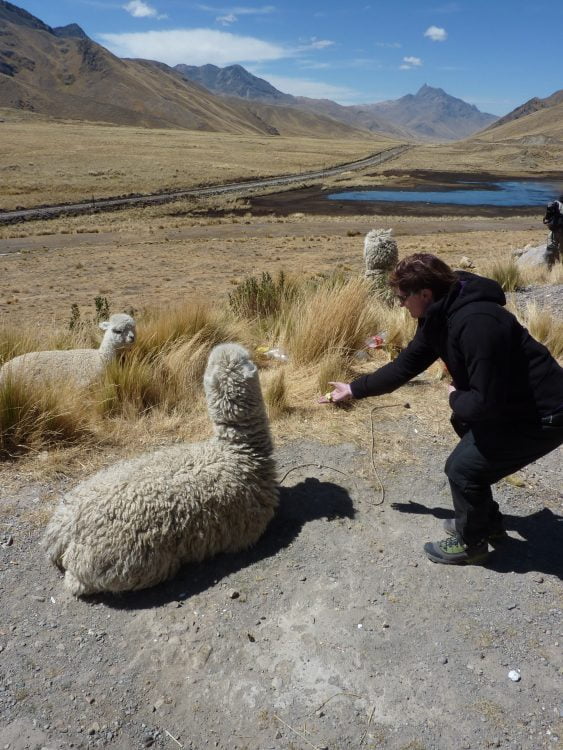 Old and ‘llama’ joke – beware, this animal spits – and she was.

Stay away from animals, domestic and wild, in Third World countries. No matter how cute that cat looks, you don’t know what it’s incubating in that fur. Dogs are a particular problem because of rabies, but just keep animals at a distance. If you can’t, after contact always use that tube of antibiotic and germicidal handwash that you’re carrying – of course. 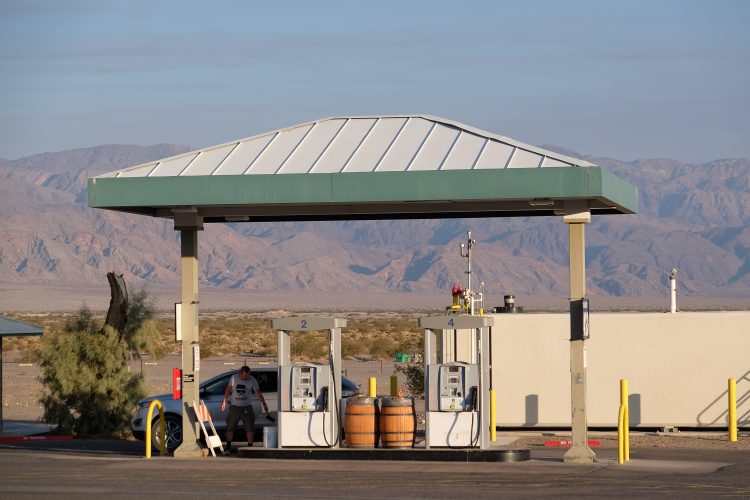 Potential problem for overseas visitors to the US – unlike this one, many gas station pumps don’t take out-of-country credit cards.

Once More with Fueling

We used to have an ad on TV here in Australia with the catchline “Oils ain’t oils!” Well, fuels ain’t fuels, either. I’m not going to go into details here, just the things that matter. Petrol is rated by its anti-knock capacity. Knocking (also known as pinging) can be harmless or it can destroy your engine. You don’t want it. So the best thing to do is to buy fuel with a high enough rating to prevent knocking. Unfortunately, there are two different ways of rating petrol with octane numbers.

The first, used in Canada, Brazil and the US, is an average between the major ratings, MON and RON, called AKI or sometimes ROZ. The two tests use different methods. The straight RON figure is used in the rest of the world but not always in the same way. Typically, MON will be 8 to 12 lower than RON. But there is no direct link between AKI and RON figures, so you can’t just transpose the numbers. 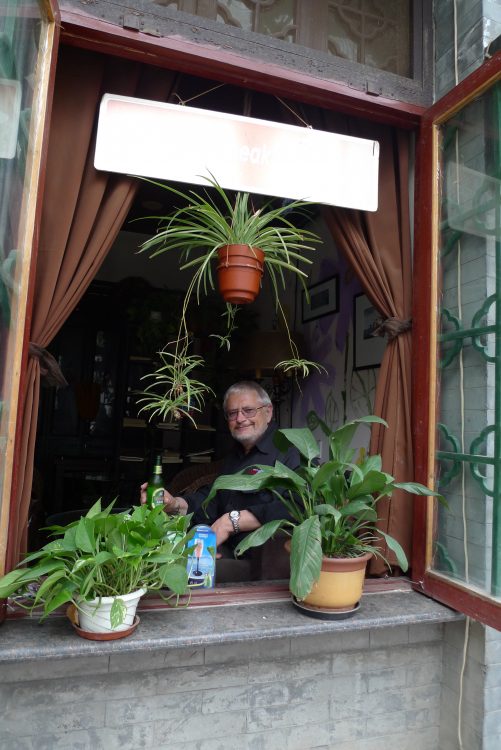 Open your own bottle of beer if you can, even somewhere as safe as Beijing.

What can you do, then? Well, apart from looking the country you’re about to enter up on the interwebs (try wikipedia.org/wiki/Octane_rating) you’re probably well advised to use fuel that’s higher in octane rating that the one you’d use at home (if you’re from the US, Canada, Brazil etc) or lower (if you’re from Australia or elsewhere in the world) and you’re in one of those countries. As well as that, I’d suggest you note any ethanol content in the fuel. It increases the anti-knock capacity of the fuel, but it can play merry hell with rubber seals and other components of your engine. It’s more of a problem with older bikes, and potentially a serious one with plastic fuel tanks. Fuel tanks on some older Ducatis have been known to melt. Check with the manufacturer.