It’s not just that someone was willing to fork over a touch more three thousand dollars. It’s also that there were 18 bids for this thing on eBay. 18!

What is it? Well, let’s start by taking a walk-around video tour of it.

An air sled is like one of those airboats you see in the Everglades. Only instead of being propelled across water by a big ol’ propeller, it’s on skis and moves over ice and snow. 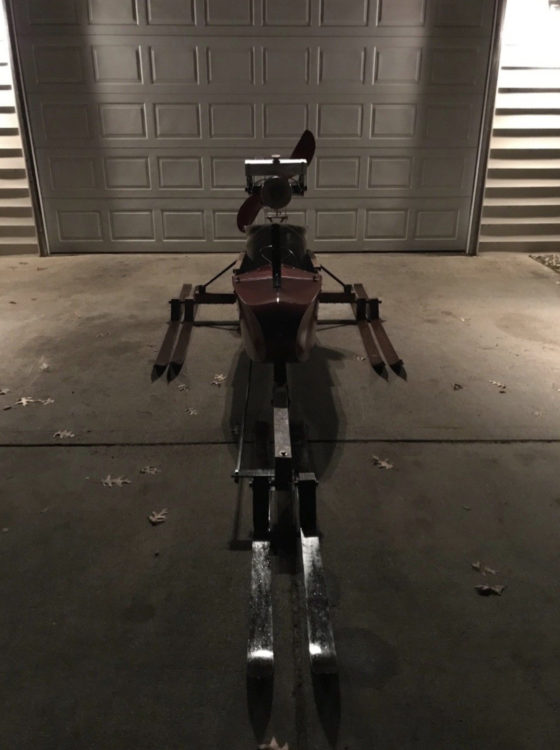 This particular model combines a 1920’s-era Aerothrust engine with a Harley-Davidson sidecar and seats two. 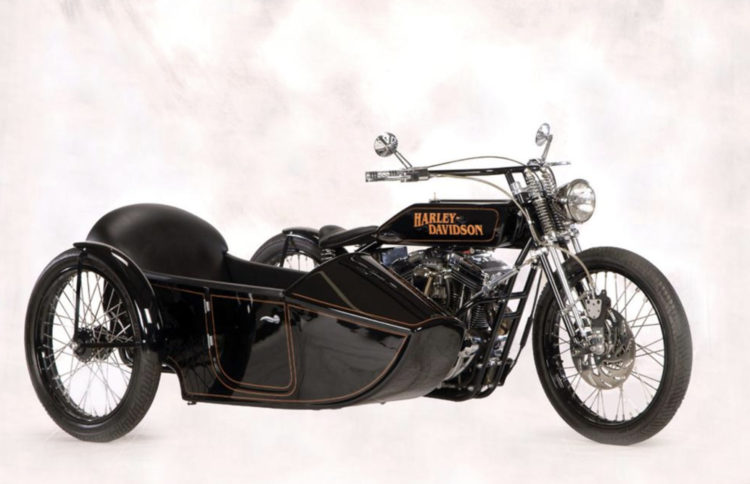 Harley itself didn’t have anything to do with air sleds, though. The Harley models were made in the 1930s by Harry Molenaar, who owned Harley-Davidson dealerships in Hammond, Indiana and in the area. This particular one was apparently made in 1936. 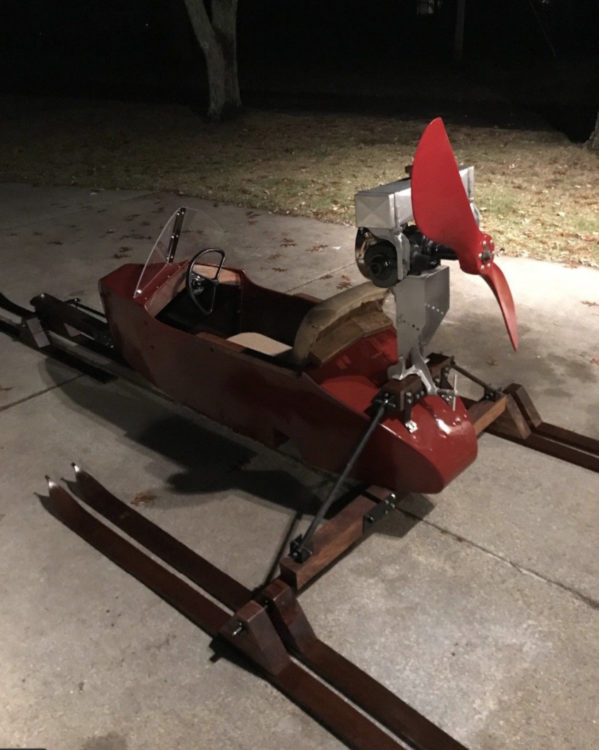 The owner who was selling this machine (after her husband’s passing) says the air sleds were popular in the 1940s and 1950s. People would rent them for $2 a day and set out on the (frozen) Des Plaines River near Willow Springs, up the south branch of the Chicago River.

The skis fold up and she says once you do that, the thing can be loaded onto a sidecar chassis and hauled around by bike (her late husband did so with a 1936 Big Twin VLH.) She says her husband bought three of them in 1972, cannibalizing two of them to keep the third going. 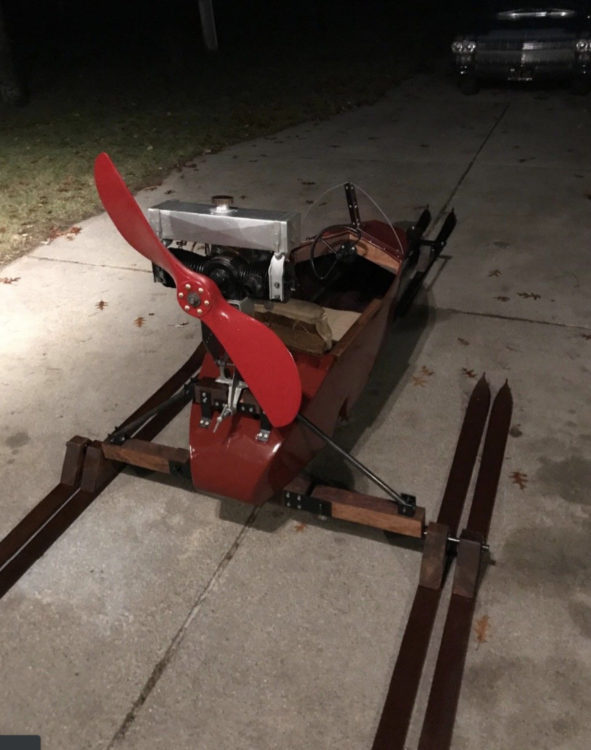 Other than the obvious safety concerns about a big fat propeller whirling around completely unprotected, the air sled looks like it would be a hoot.