Is it really possible to laugh about speeding? Sometime you have no choice.

The old Yugoslavia, before it broke up into the several dozen countries it consists of now, was one of my favourite places. Not for its roads, though. Or for its authorities.

Mrs Bear and I were negotiating a so-called highway near what was then called Titograd on our XS11 when we were pulled over by what I initially took to be an army patrol. It was always hard to tell in places like this, and in Turkey even the blokes pulling you over were sometimes not sure what they were except that they were in charge.

The bloke in front identified himself as a policeman and told me that we had been speeding. The state of the road alone with its foot-deep potholes made this unlikely, and I couldn’t work out how he would have known anyway.

“We saw it on our radar,” he said. The bloke standing behind him produced a hairdryer, one of the old-fashioned kind that looked a bit like a fat pistol (or, admittedly, a radar gun) and said, “F nfundachzig Kilometerstunden”. No way had we been doing 85km/h, and as for that thing…

“No, it isn’t,” he replied haughtily. “It is a radar gun. And if you choose not to believe it, I have another piece of equipment to convince you.” He tapped the submachine gun he had slung around his neck.

I paid the ticket, or actually the amount he demanded. No printed or written ticket was offered. Just fear. 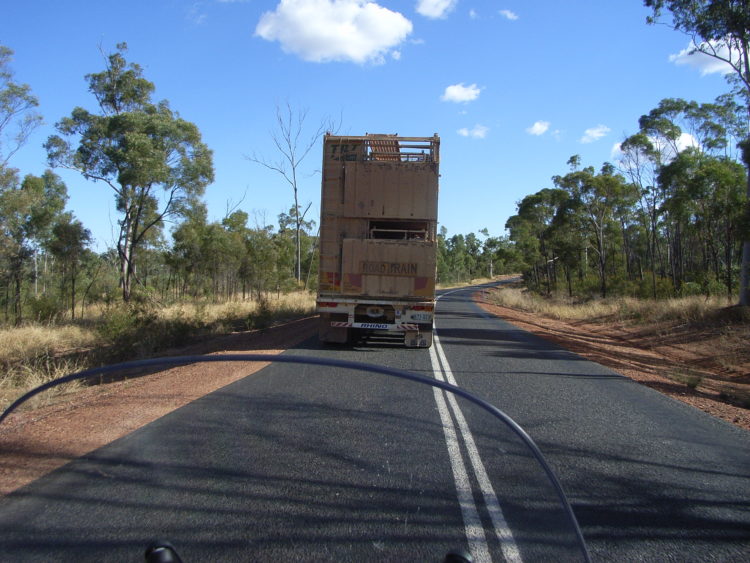 I dare you to sit behind this road train when you know there’s another unchanging 300km ahead..

Two days later we were on the motorway in Greece, heading for Athens, when we were pulled over by two cops on motorcycles. They made it clear to us that in their opinion we had been speeding because we had been going over 80km/h. Both Mrs Bear and I exploded. It was amazing just how much rage we’d bottled up after that Yugoslav encounter.

Both of us got stuck into the cop who was trying to book us. Yes, we had been doing about 90, but this was a motorway! Who did they think they were kidding; we weren’t the local peasants (amazing how your sense of propriety evaporates when you’re furious)!

They could handle me, it seemed, but Mrs Bear’s contribution to the discussion was too much. With both hands the cop we were talking to – shouting at, rather – shooshed us away. He was shaking his head unbelievingly; he wanted no part of this aggravated pair of foreigners.

Around the next corner on what we had falsely believed to be a motorway, there was a speed limit sign. It said 80km/h. 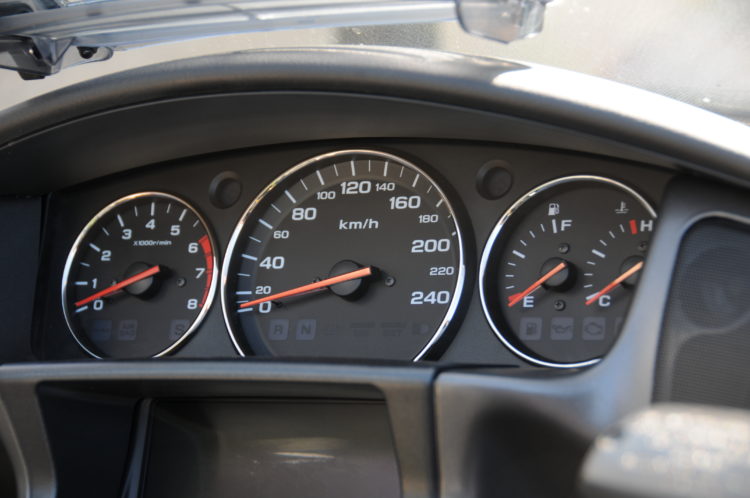 There is a good reason why the Goldwing speedo goes to 240. It is because the bike will go that fast.

Previous to Victory’s release in Australia of the Victory Vision, the spaceship on wheels, I was flown to California to ride one. I was having a great time blasting out of Los Angeles on 10 when I came to a section of roadworks. There were signs about reducing speed but I was having too much fun to worry about that – until I noticed a pair of CHiPs bikes converging with the freeway off to my right. I checked the speedo and found I was doing about 40mph over.

I looked up at the pair of cops and the one closer to me made a throttle-twisting movement with his left hand before clearly bursting into laughter. We rode on separately; me both riding and breathing a little slower. There was a particular reason why I’d been concerned about the excess speed I was doing. 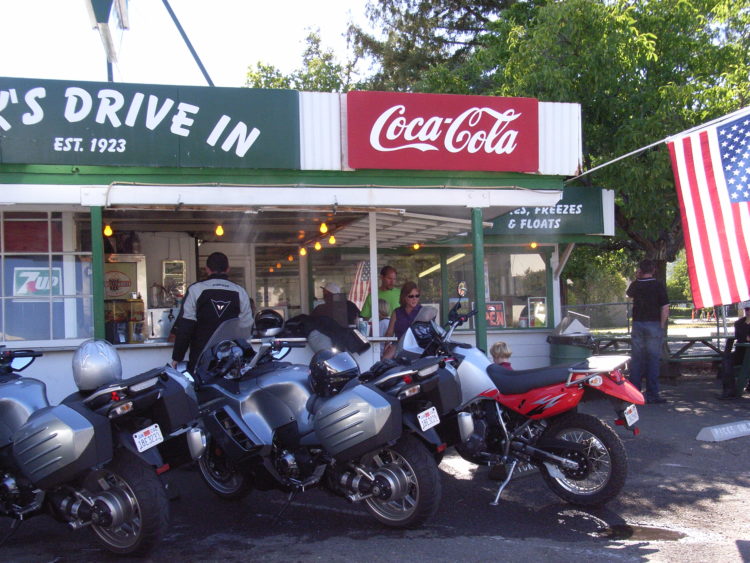 The Cavalcade launch. Has anyone ever told you Americans that root beer is possibly the most disgusting beverage ever bottled?

At the launch of the Kawasaki Cavalcade out of Santa Rosa I’d been told that 25mph over the speed limit means automatic jail in California. This came up because I had been happily riding along at 100km/h on the freeway and wondering why the rest of the traffic was so slow… before realizing that of course the bike had an American speedometer.

There’s another speeding story I’ll tell you one day, but I need to be sure the statute of limitations has expired…