Imagine this: you’re the proud parent of a 5 year-old kid who’s obsessed with motocross. You want to get him wheels but he’s too small and too young for any kind of motorized two-wheel transportation.

What do you do?

If you’re Ryan Ragland, former pro motocross racer, then engineer and head of R&D for KTM, you design and build the perfect bike for your youngster. 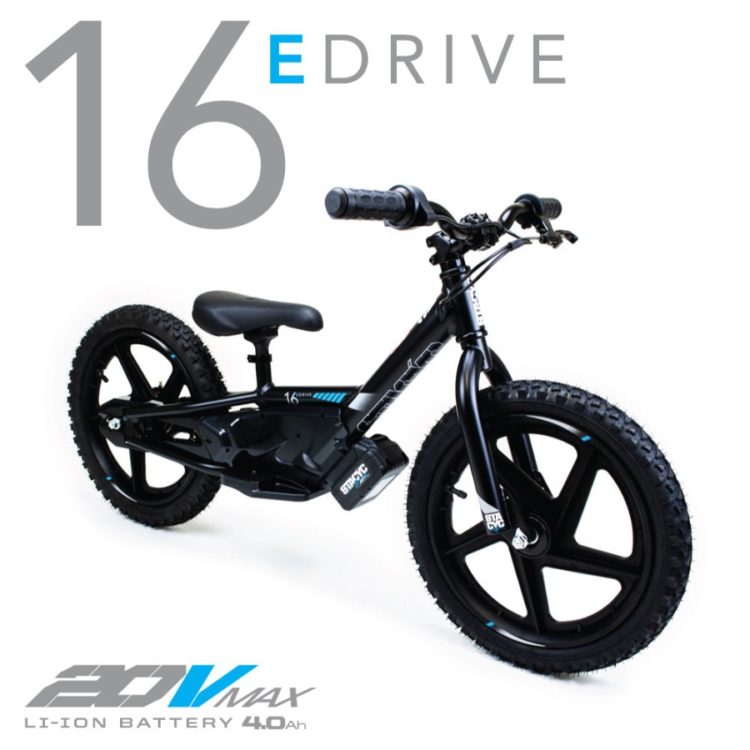 And that’s how StayCyc (stay-sick is how it’s pronounced, if you were wondering — they won’t like my pronouncer, though!) began. What Ryan came up with was battery powered.

Other than the height thing, they’re identical. The battery will power the bike for 35 minutes. It takes 30 minutes to recharge it from a wall socket. Because the battery is removable, you can buy more than one ($164 each) and swap them out. The timing is so close, you can run one while while the other recharges.

The bike has three speed settings. In order, they’re the equivalent of walking pace, then jogging pace (7 mph or 11 kph) and finally sprinting mode, which is actually a pedestrian 12 mph (19 kph.)

It’s a safe, non-threatening way to introduce really young kids to bikes and to teach them basic skills without putting them in danger or overwhelming them with heavy equipment. In fact, with a high percentage of Staycyc employees with kids of their own, the company’s mission is to introduce as many kids as possible to riding, something the industry as a whole supports.

The prices for the two models are $649 and $699. That’s right, there’s no comma in there. Less than a grand. You can buy them at select powersports retailers, HD dealerships or bicycle retailers. If you can’t find a local dealer, you can also order them from Stacyc’s website for direct shipment.

As for how it looks in action, here’s Ryan Ragland’s youngest son, Thomas, in action at AIMExpo. He’s 5 years-old and I think he likes it.