The first time I got on two wheels was when I was about six years old. It was a bicycle without training wheels and until I got the hang of it, it was pretty scary.

I really could have used a Strider Bike. And frankly, so could the US motorcycle market. While sales are healthy and increasing around the world, the planet’s biggest consumer society hasn’t been keeping up. The younger generations just aren’t into riding and there’s no economic imperative for them to change that. 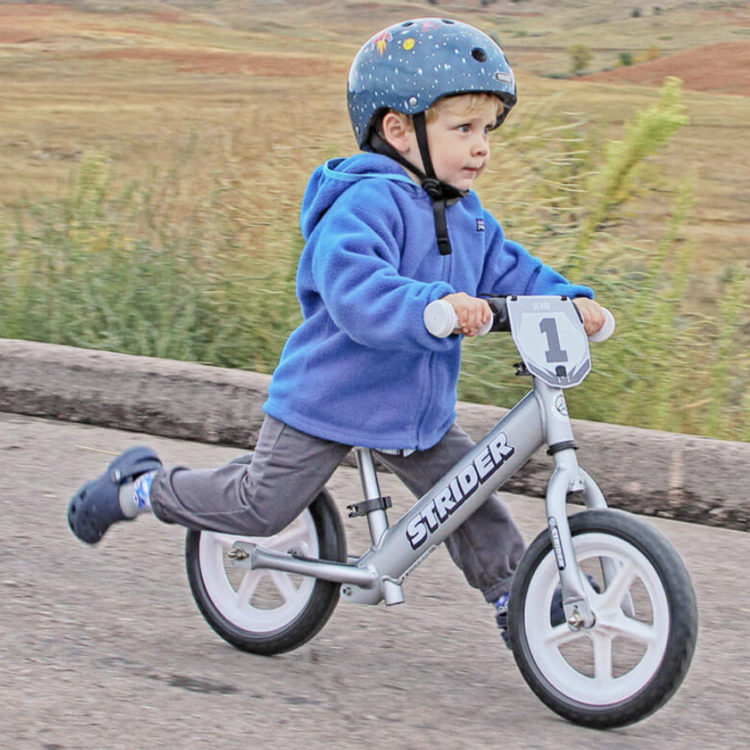 Which is why the motorcycle industry is aggressively targeting millennials with reasonably-priced, friendly, relatively lightweight machines that lend themselves to urban riding — bikes like the Husqvarna Vitpilen or the BMW G 310 R.

Another way to get young people into riding, though, is to start them early. Very early.

You can buy dirt bikes for kids who are maybe seven or eight. And we’ve covered a neat little electric machine that kids from say, three to five years old, can ride — the Staycyc.

But what about even younger? Say, when they’re toddlers, barely able to walk? 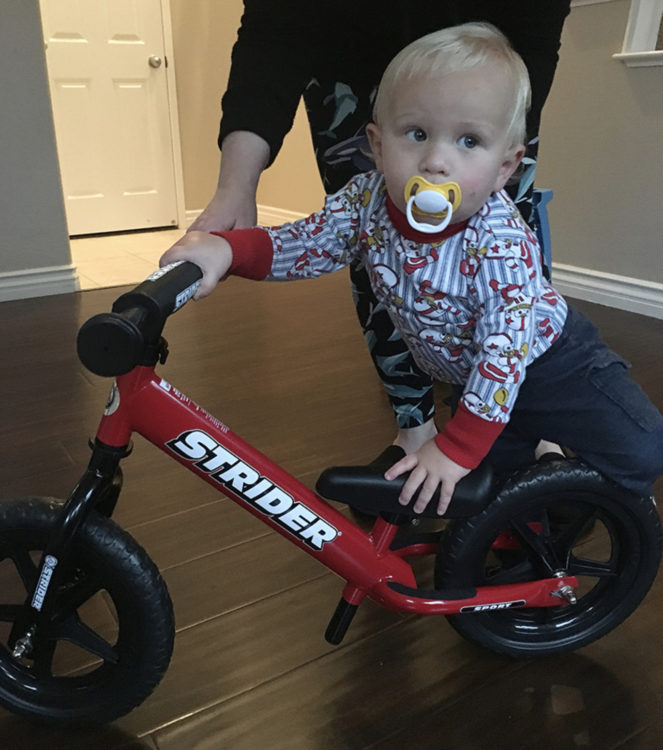 This little machine is a pusher with a seat, a pedal-free balance bike. Kids who aren’t even steady on their feet can safely nudge a Strider around until their coordination and confidence ramp up, at which point they can freewheel. 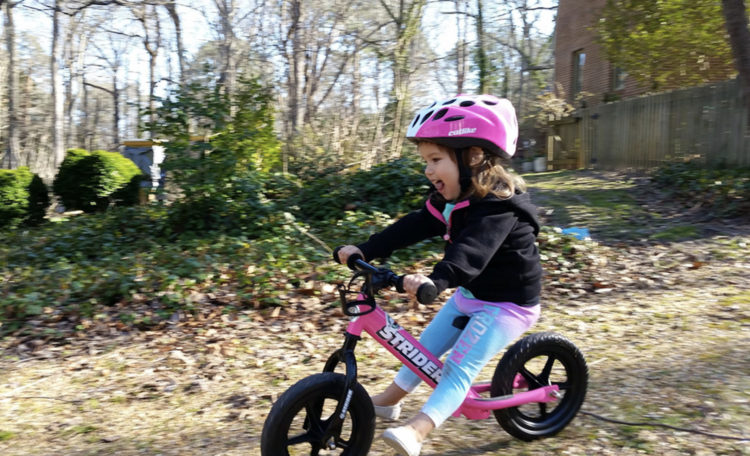 And it’s a blast once kids get the hang of it. Here’s melody, who got her Strider when she was 2 years old.

Once they grow a bit older, they can graduate to a Strider 14X. Intended for kids up to age 7, it weighs even less thanks to an aluminum frame. But the reason it’s the next step up is that once your kid is ready, you can attach the supplied pedals and chain and it becomes a full-blown bicycle. 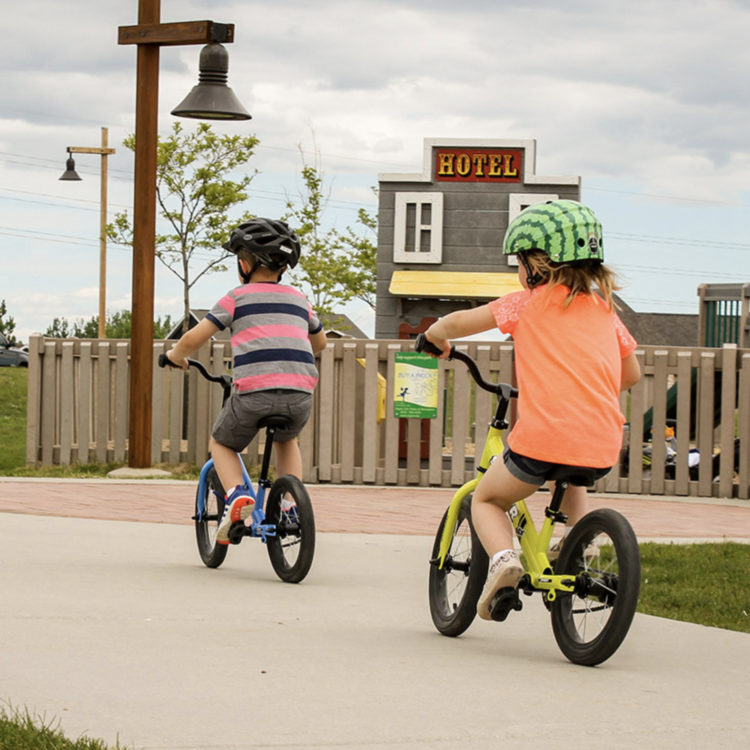 Strider also have a gizmo for pre-toddlers, the Baby Bundle. It’s like a rocking horse, except that instead of a horse, you stick a Strider 12 into it. 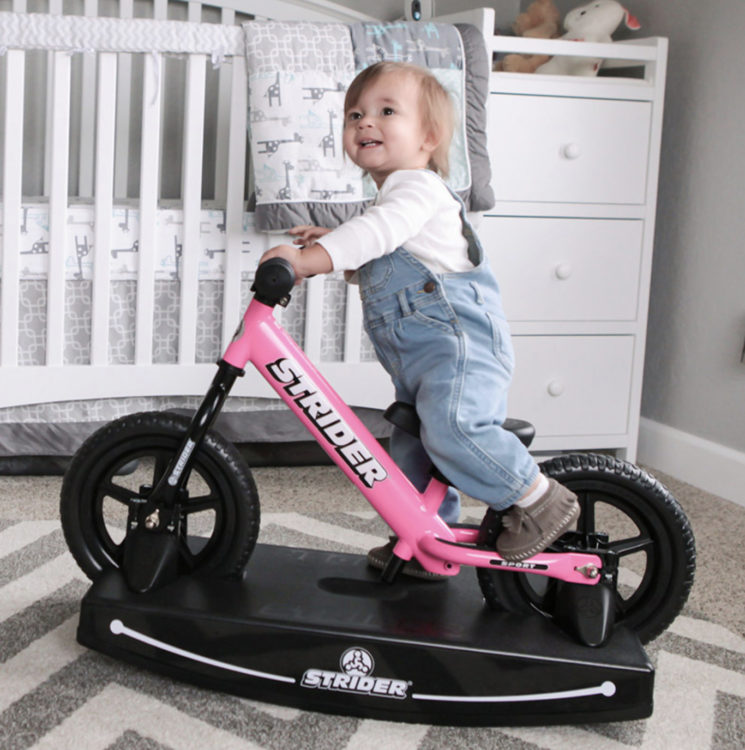 There’s no guaranteer that motorcycle sales in the US would surge if more kids got a Strider. But it sure couldn’t hurt. They do seem to have a lot of fun on them.