A Sur-Ron electric motorcycle entered a hare scramble recently and the happenings were recorded by the Sur Ron rider Tucker Neary.  The race was held in Naturita Colorado on a rocky and sandy route. 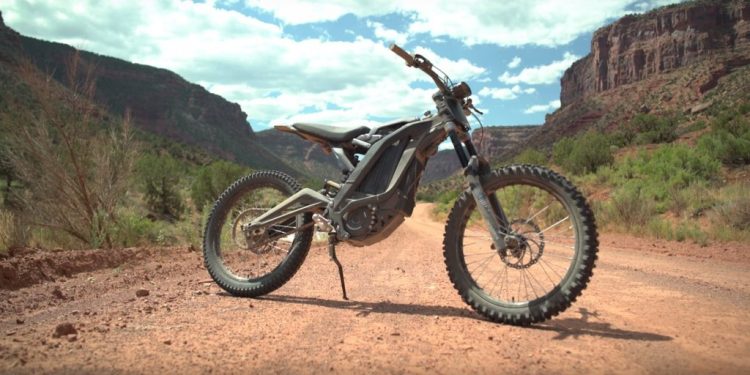 The Sur-Ron electric motorcycle Neary used for the hare-scramble.

“The race was a Hare Scramble format and I entered into the Sportsman Class with a 2019 Sur-Ron X. The Sportsman Class is an Unclassified Class and allows racers to race any motorcycle size and displacement, which was a good fit for my untraditional entry. I had only ridden the bike once before the race so although I knew I could be competitive on it, I was not sure where it would stack up against traditional gas race bikes.”

Unfortunately for the Sur-Ron machine, the race required a “dead engine” start.  While all the internal combustion-engined machines could start with a swift kick, the Sur-Ron was required to start with the key in the off position.

The problem with that is that the Sur-Ron requires about 4 – 5 seconds for all the electronics to become ready to race.  So right from the start, the Neary would watch his fellow competitors ride away with a significant head start.

Performance not up to snuff?

But Neary was not daunted.  He entered nonetheless.  He knew that he would have to choose his lines carefully and use the bikes lighter weight to his advantage.

When all was said and done, Neary brought the Sur-Ron ahead of everyone else in his class and won.  But the race did show the current foibles of electric motorcycles.   In the end, the Sur-Ron battery was not up to the task of going the entire distance.

Low remaining charge meant the bike went into limp mode.  Near the conclusion of the race, Neary was forced to walk across the finish line not under electric power, but his own human power.

Still, he won his class and perhaps that says something for electric motorcycles’ future.