Surviving Erzberg Rodeo, the Dakar of the hard enduro racing, is defeating insanity. Two thousand riders gather at the start line, but only 500 make it to the final harescramble, and only 16 crossed the finish line this year. This hard enduro race is so brutal it destroys bikes, bones, and souls alike, but each year, it attracts more and more riders.

This year, legendary British rider Graham Jarvis won Erzberg Rodeo, with Manuel Lettenbichler from Germany coming in second, and Spaniard Mario Roman coming in third. As always, I’m more curious in the underdog story: how do ordinary riders make it? More importantly, why?

To find out, I chatted to Mykolas Paulavicius, a Lithuanian rider who made it to the Erzberg final this year, finishing 375th out of 500 riders. It took him two years to get here, and he says it was worth it. “I’ve done as much training as I could, riding in enduro rallies and motocross races as well as doing some hard enduro and, when I can, some more serious sessions with race-like speeds. I’m also a coach, so teaching others helps me in a way, too. But in the end, you’ve just got to go and do it, I’m not sure it’s possible to prepare for Erzberg without having experienced it”, – Mykolas told me. 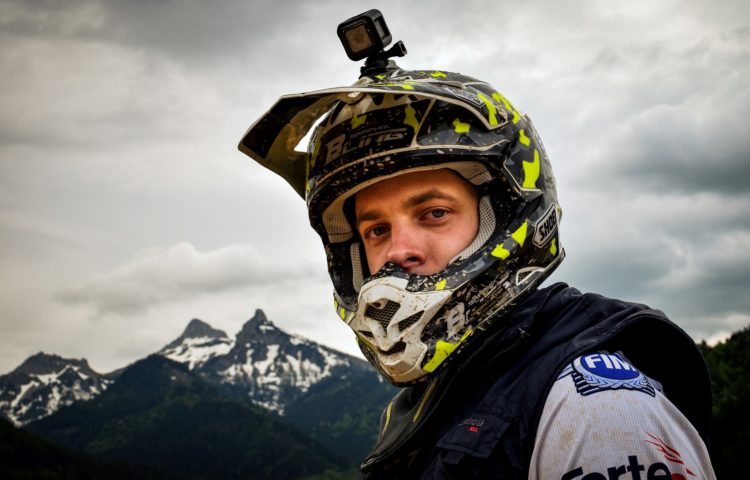 -What’s the biggest challenge at Erzberg?

The fact that you’re thrown into the unknown. You watch all those crazy YouTube videos of previous Erzberg editions, and you think, wow – but when you’re on the other side of the camera, when you’re in this brutal terrain and when no one is filming, when bikes and people are breaking, everyone’s covered in mud and grime and everyone is at their breaking point, then you realize it’s very different than the slick videos. Then you’re fighting against yourself and the bike. 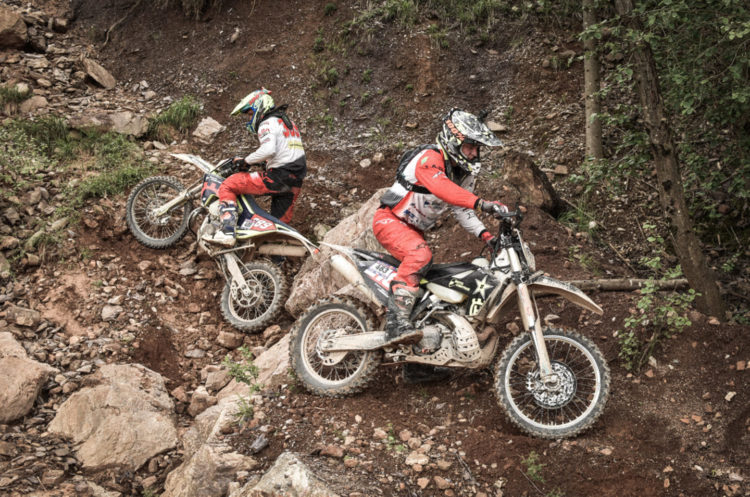 -Is it possible to prepare for Erzberg if you’re just a lowly adventure rider like myself?

Sure. I think you’ve just got to go and try to qualify because when you’re there for the first time, you’re sort of overwhelmed by the sheer scale of the race, the size of the quarry, it’s just massive. Again, what you see on YouTube and what you experience are two different things, so it’s best to just try it out, and then you can come up with a strategy to prepare for next year. Set your goals and work hard for them. This year, I’ve seen quite a few women besides the famous names like Laia Sanz or Sandra Gomez, and they made it to the final harescramble. Erzberg does require a lot of strength though. 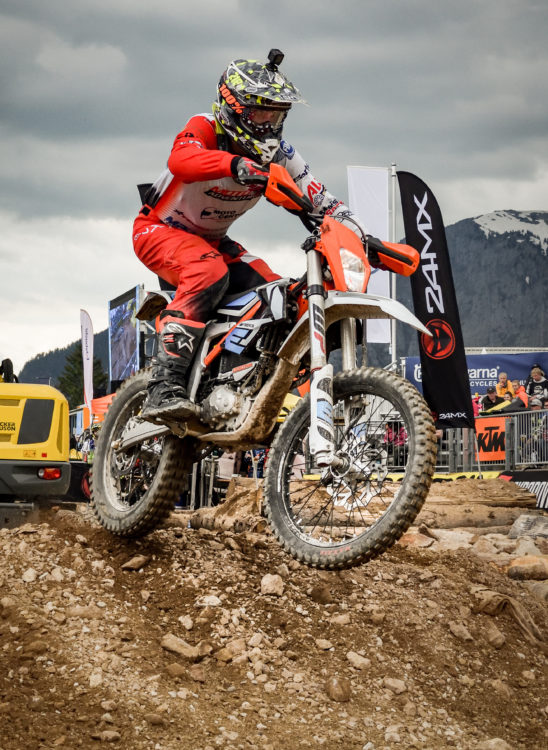 -Why Erzberg and not Dakar?

Frankly? Erzberg is just so much more affordable. The entry fee is a hundred times lower, and it’s easier to talk your friends into going with you – riding with someone you know can be a huge morale boost. It’s cool to see other riders at your level, from your own country or region, I’ve seen a few Latvian and Estonian riders this year… It just feels like we’re all stronger together. 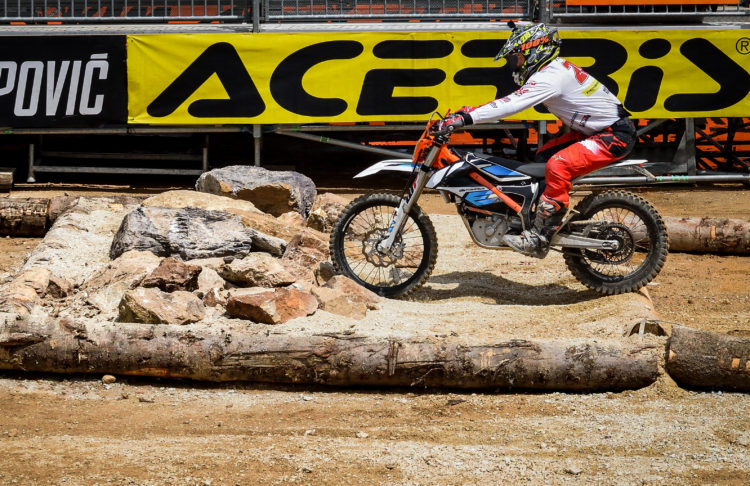 -What was the toughest part of the race?

There was a moment where I was ready to just quit. It felt like I had nothing left in me, and then somehow, I got a second wind. My bike was done, though. I could feel it just didn’t want to be tortured like this anymore. It was protesting, and at the Three Kings checkpoint, I just couldn’t push it anymore. I think that’s the hardest; you can always push yourself beyond your own limits, but if a bike breaks, it breaks.

At the same time, as long as you keep pace with the other riders, you’re kind of swept up by the force of it all and you race up places where you thought you wouldn’t be able to get to. The tempo of the whole race just chases you over those crazy rocks and up the insane inclines. 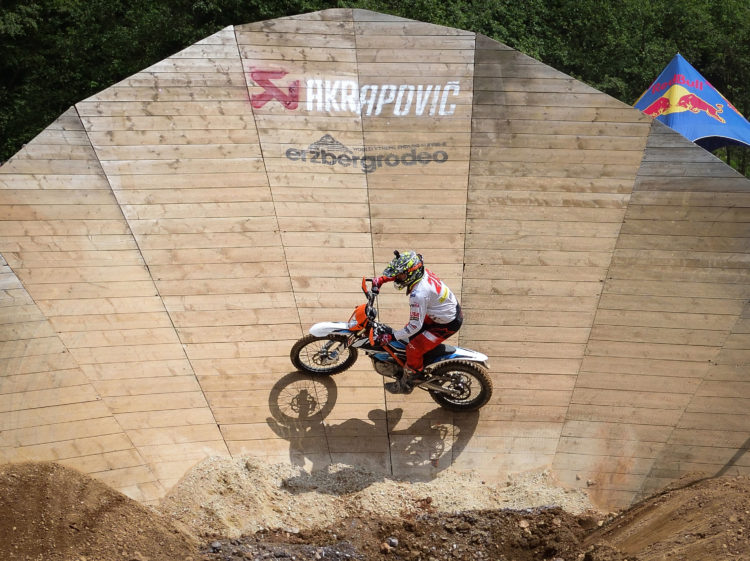 -What was the most inspiring?

I think both me and my teammate Vytenis were a bit surprised how far we got. For example, we watched other riders train at the Machine checkpoint and we were like, man, this is way too hard, this is impossible. But when we got there and got all the way up to the RedBull arch, we realized we made it, and that boosts your motivation like crazy. 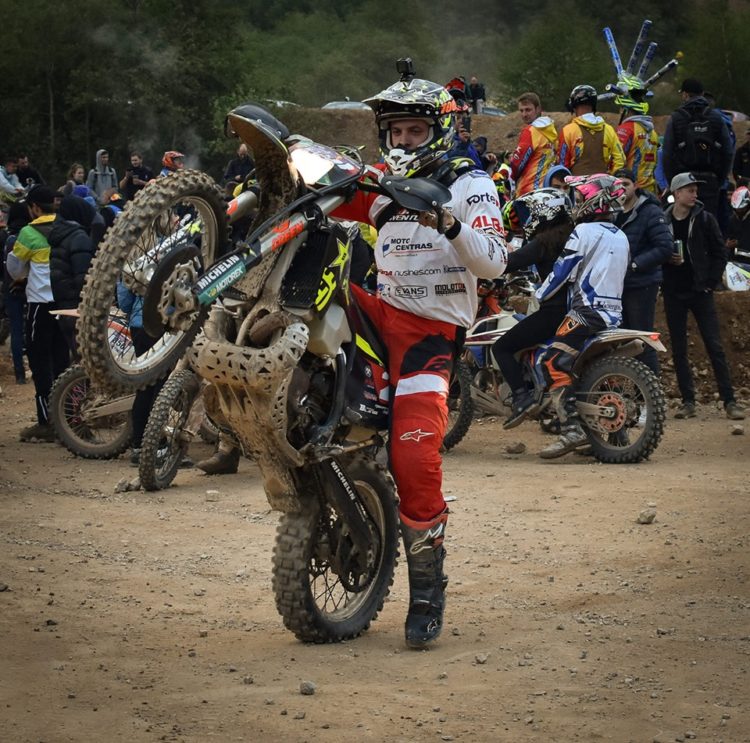 -Is Graham Jarvis an alien, or is he human after all?

I think what he is is an excellent strategist. He knows exactly when to rip it and when to rest, when to open the throttle and when to push the rear tire down for traction. He’s got it down to perfection. Lots of younger riders are just gunning it, whereas Jarvis is very sure of himself, he practically makes no mistakes. His speed is not spectacular, but his precision is just jaw-dropping. 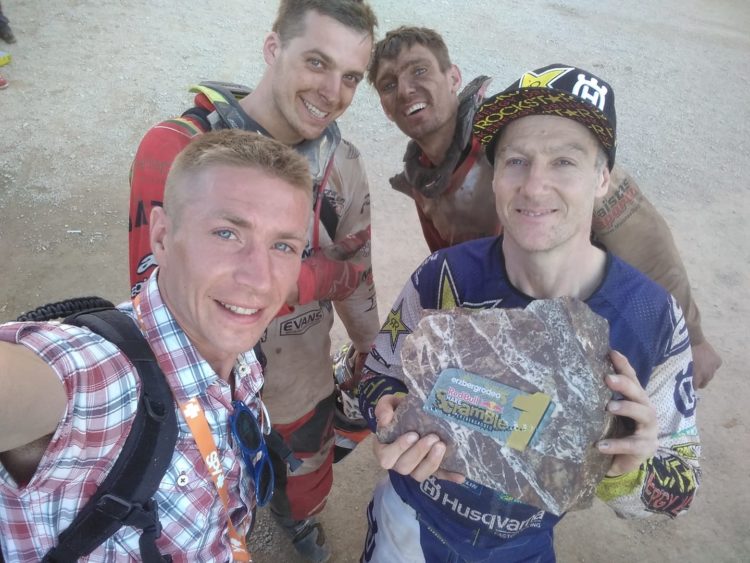