Some of them are well on the well to having production models ready for the future.  Kawasaki has already shown its first electric motorcycle testing on the track.  Honda has shown off its electric CR electric prototype motocross bike, and Yamaha has revealed both on and off-road electric prototypes, including a trials bike.  But while the Big 4 are working together, it seems Suzuki may be taking a long winding road.

Suzuki’s Vice President of Marketing and Sales for India, Devashish Handa, was recently interviewed by the Financial Express, and he made some interesting comments about the state of electric motorcycles.  He said that the brand’s focus is presently not on electric motorcycles.

“We are watching the space very carefully, but the journey of electric two-wheelers has not been consistent.

“The cost of acquisition in comparison to ICE vehicles continues to be a concern.  As and when the buyer is ready, Suzuki will be present in the market as it already has the technology.” – Devashish Handa to Financial Express

So Suzuki is saying that it has the appropriate technology already.  That’s somewhat been proven by Suzuki’s EXTRIGGER small play bike prototype.  But they don’t think that the time is right for them to bring a full-size electric motorcycle to market. 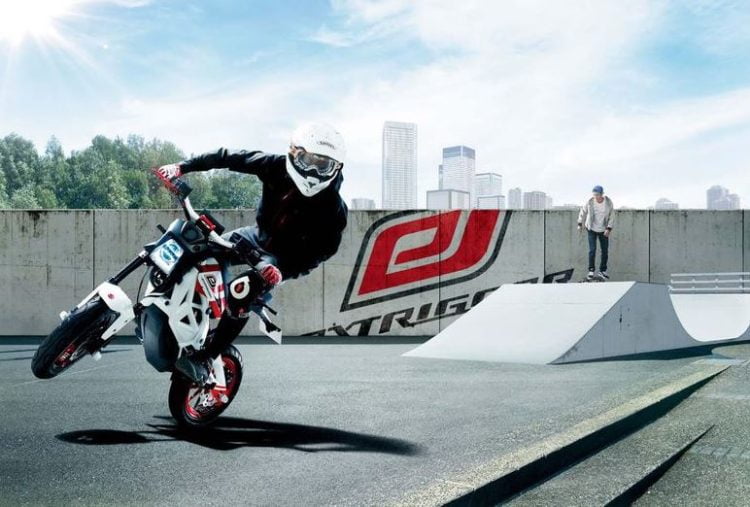 Suzuki has shown a small electric play bike in the past. Photo credit: Suzuki

Suzuki is not the largest of the Japanese Big 4, and cash is likely tighter due to COVID concerns.  So it appears at least for now, Suzuki will wait it out until they are comfortable with battery technology, and they are able to drive its price down.  They want their electric motorcycle to have at least comparable performance and pricing to their existing internal combustion-engined counterparts.

That may be a smart short term financial move for the times, but will it leave Suzuki at the back of the pack once electric motorcycles are released from the other Japanese manufacturers?  Let us know what you think in the comments below.