There’s not much that’s outright new at Suzuki for this year.  But they were at AIMExpo and brought several models including both the original and the new 2020 Katana.  The two machines were displayed side by side and showed off their resemblances.  We told you about the new model shortly after its unveiling.

I can remember back to the original release of the Katana way back in 1981.  It was a groundbreaking machine in the midst of growing horsepower wars and bigger engines.  At the time, partially-faired sportbikes were all the rage.  They were smooth, swoopy and looked ready for the track.

Suzuki was lagging behind the other manufacturers with machines that looked quite old for the time.  Their race replicas were partially faired and not entirely clad like some of the competition’s machines.  Suzuki decided they needed a change.  Apparently they felt that they needed a machine to stand out from the crowd.

So they went out and hired a trio of ex-BMW motorcycle designers; Hans Muth, Hans-Georg Kasten, and Jan Fellstrom.  Their new firm, Target Design took on the task of preparing a couple of designs.  The result of their second design was this bleeding edge for the time, Katana.  When finally approved, the original Katana entered production and resulted in the machine below. 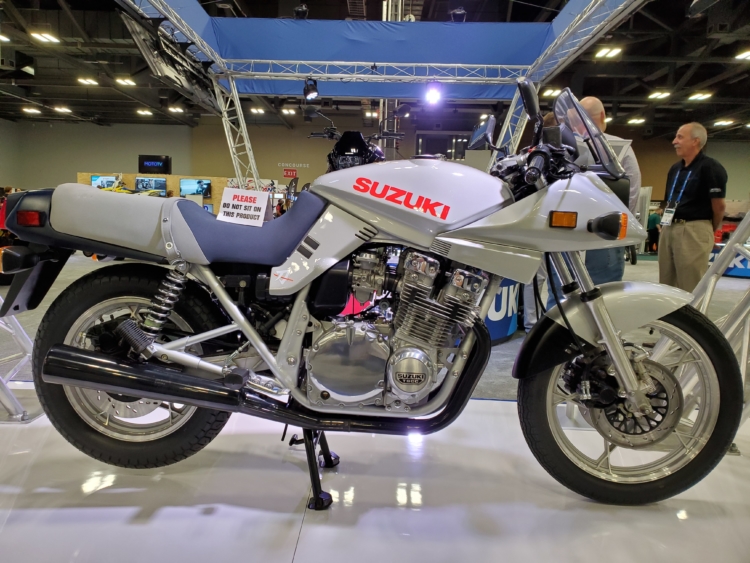 Suzuki was able to borrow this example from the Barber Motorsports Museum and bring it around the country to show off with the new Katana.  The machine you see here had a little over a mile on it when received from Barber and now has a little over 3 miles on it.  Rolling the bike around all those different venues caused the odometer spike.

This showing of the original Katana was the climax of its nationwide tour.  To mark the occasion, Suzuki invited a Barber representative and presented him with a plaque of gratitude and the new 2020 Katana you see below.  The Barber Museum is planning to show the two machines side by side again once returned. 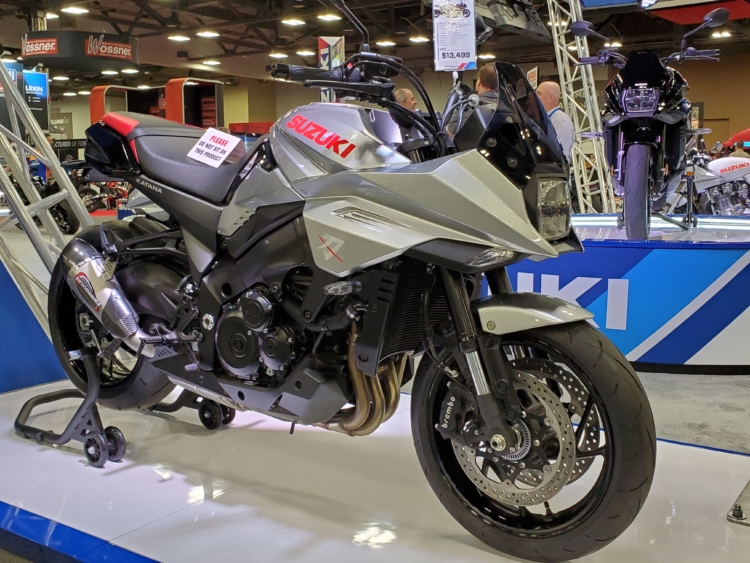 Suzuki gave this 2020 Katana to the Barber Motorsports Museum to display beside the original 1981 Katana. 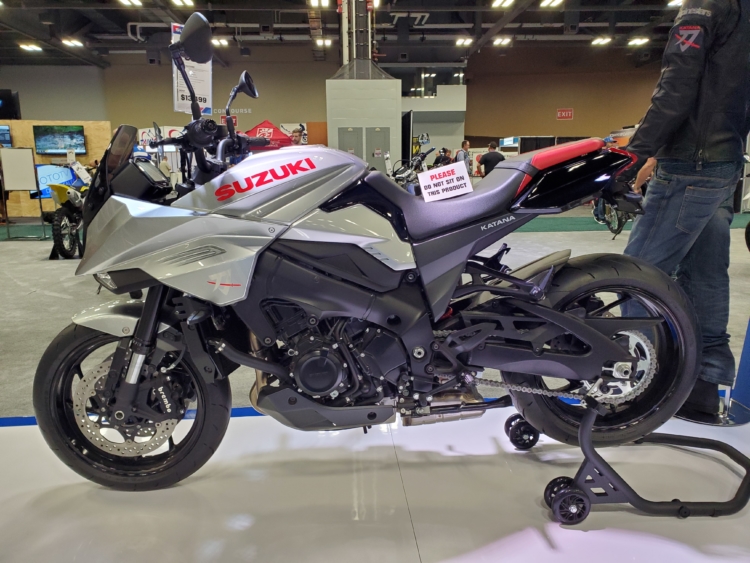 All in all, it was nice to see the two related machines together.  Clearly Suzuki cherishes the Katana’s legacy and gave us all a chance to see both models in the flesh.