Unfamiliar to many in the North America, SWM has been selling bikes in Australia and Europe for years.  The development of the SWM marque has a short but complex history and I won’t go into specifics here.  What you should know is that Husqvarna’s DNA helped bring SWM to life.  That should tell you a little about the design ethic of their machines.

SWM will be bringing two adventure bikes to the US.  The two bikes are the Super Dual X and Super Dual T.  Each are presently undergoing EPA testing with certification expected shortly.  Both are already Euro 4 compliant. 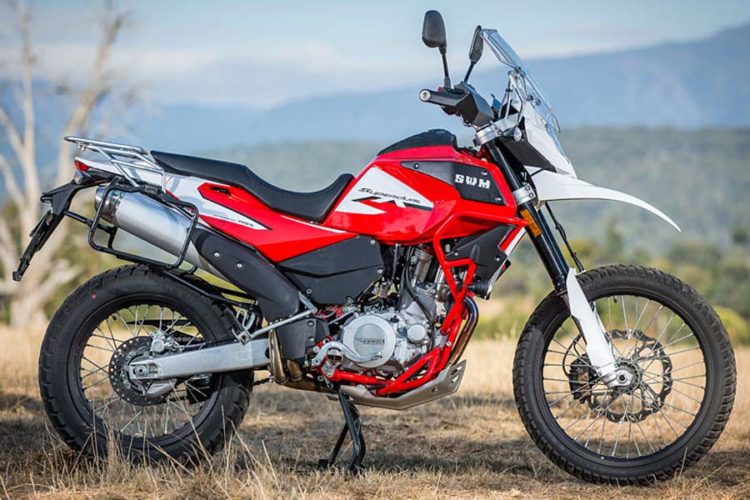 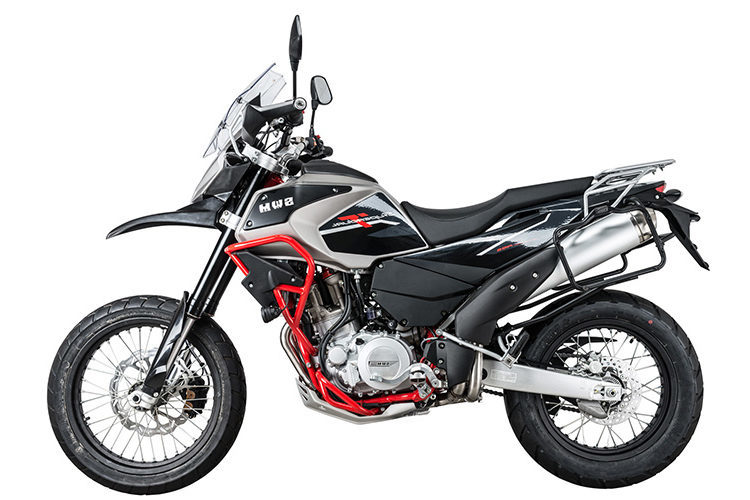 The specifications for the two machines are similar.  They will both share the same liquid cooled, fuel injected, electric start 600 cc engine putting out approximately 53 horsepower.   Dual exhausts exit at the rear underneath the bike’s tail.  A sizable 4.75 gallon fuel tank should result in good range.  Braking is provided courtesy of Brembo.  Switchable ABS is standard and can be turned off at the rear. Dual high mounted exhausts exit on the inside of the pannier frames.

The machines will come in at around 371 pounds including the standard upper and lower crash bars, skid plate, center stand and pannier frames.  Hand guards and windscreen are also included.

Where the two bikes differ is in suspension and wheel setup.  The Super Dual X has an adjustable 45 mm upside down fork with 219mm of travel.  A Sachs adjustable shock with external preload adjuster will handle the rear suspension duties.   The wheel combination is a 21″ front with a 18″ rear.  Seat height is 35.8″. 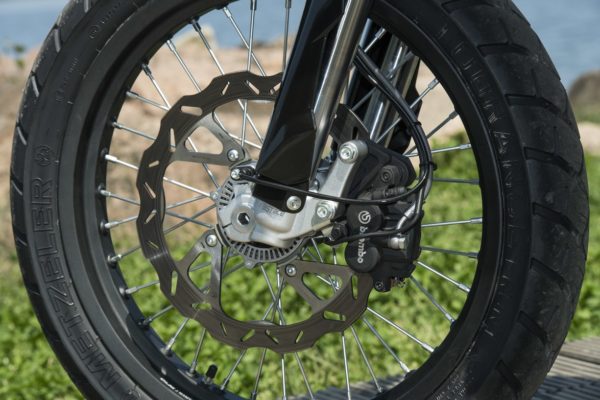 Braking is provided by Brembo components.

Now that the Kawasaki KLR has been discontinued, riders of single cylinder dual sport bikes have another choice.