German motorcycle manufacturer BMW Motorrad will reach a milestone with one of its model lines this autumn.  As the leaves start to fall, its GS series of models will reach 40 years of production.  So perhaps it’s a good time to look at a brief history of the GS marque.

It was 1980 when BMW first rolled out the R 80 G/S.  The bike was a unique machine for the time, combining on and off-road capability in a single everyday use motorcycle.  Thus, the R 80 G/S became the conceptual forerunner of a new category of BMW made “touring enduros.”

The concept would allow riders to explore remote parts of the world on two wheels.  And, people embraced those capabilities with more than 1.2 million BMW GS models sold to waiting customers.

The GS machines also proved their mettle in racing.  In 1981, when rally machines were much bigger and heavier than they are today, Hubert Auriol rode a BMW R 80 G/S to victory in the then Paris to Dakar Rally. 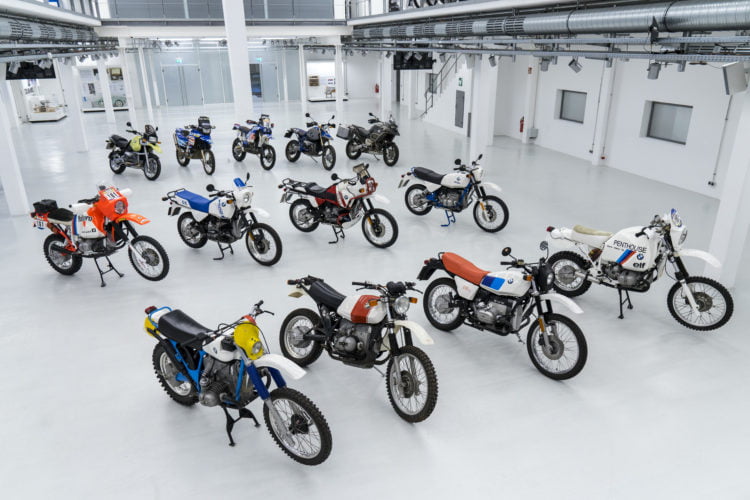 A collection of BMW GS models.

Since those times, BMW has been developing and upgrading not only the R 80 GS but also a series of GS machines.   In 1993, BMW launched the F 650 “Funduro.”  That machine was its first single-cylinder “enduro” machine BMW brought to the market.  It made BMW think about low weight and riding dynamics.  And during this timeframe that BMW began a “changing of the guard” on its boxer engine GS models.

For BMW, the GS series became an innovation and technology driver.  With the company’s R 1100 GS, BMW Motorrad presented not only its first GS with a 4-valve boxer engine and 80 horsepower, but it also branched out into new paths in suspension technology for “large touring enduros.”

To top it off, the R 1100 GS became the first enduro to be equipped with ABS.  This safety feature would later become standard equipment on all BMW motorcycles. 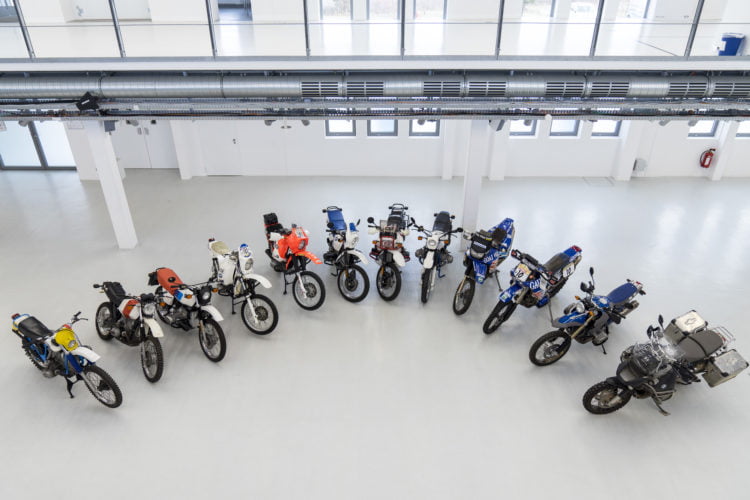 Showing off a line of BMW’s GS machines.

The move to the middleweight range

The GS made its move into the middleweight sector in 2000 with its F 650 GS single-cylinder engine bike.  They also offered a “Dakar” version of the machine with a 21″ front wheel and longer travel suspension.  Eventually, the F 650 GS would be equipped with electronic fuel injection, ABS, and a catalytic converter.

With the move into the F series models, BMW could now compete with other middleweight adventure-oriented motorcycles.

As the trend moved towards more powerful machines, BMW responded.  In the fall of 2009, BMW launched a revised R 1200 GS.  This machine’s better revving DOHC boxer became possible with the addition of two overhead camshafts per cylinder.  The new engine pumped out a claimed 110 horsepower and a sportier response.   It marked the beginning of a “sportier” GS.

In 2010, BMW rolled out its G 650 GS.  The machine was essentially a revised and revamped F 650 GS single.  But BMW had already named its twin-cylinder GS machine the F 650 GS.  So it was decided that the single-cylinder bike previously known as the F 650 GS would become known as the G 650 GS.

Since the G 650 GS inherited the single-cylinder version’s slim frame and lower seat height, and somewhat lighter weight, it was placed into the status as an entry bike into the world of motorcycling. 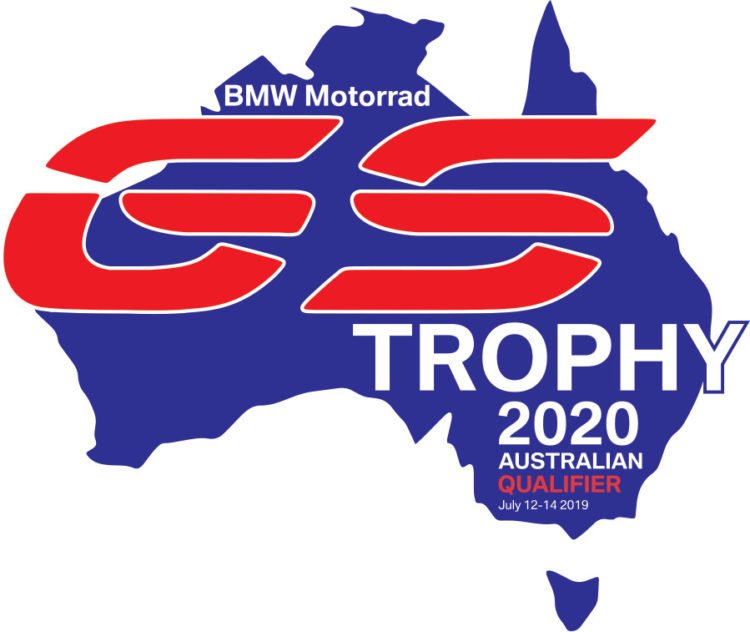 The GS has generated a team trophy challenge held all over the world.

In the fall of 2012, BMW showed off its latest R 1200 GS at Intermot.  The bike featured a new take on the boxer engine.  The completely redesigned air/liquid-cooled flat twin engine introduced cylinder heads featuring vertical airflow.  Also, the bike featured an integrated gearbox and a shaft drive on the left side.  BMW also added some new “state-of-the-art” chassis technology and electronic control systems such as ABS and traction control. With an output of 92 kW (125 hp), the new R 1200 GS also provided superior riding performance.

With models in the middleweight and heavyweight ranges, BMW decided that a lightweight GS product was in order.  In the autumn of 2016, BMW presented its smallest GS series bike, the G 310 GS.  BMW says the G 310 GS is “extremely compact” but “fully grown up and comfortable.”  They claim that the machine “became unique in the entry-level segment, above all due to its versatility.”

In the same year, BMW offered a different interpretation of the GS theme.  BMW says that the R nineT Urban G/S draws on the genes of the 1980 R 90 G/S but uses contemporary technology in a classic enduro-style motorcycle with a boxer engine putting out 100 horsepower through a six-speed transmission.

With the arrival of 2017, BMW unveiled a redesign of its F series GSs.  The updates featured a newly redesigned and more powerful two-cylinder inline twin engine with two balancer shafts,  It featured a 270/450 degrees ignition timing for optimised running characteristics.  The change resulted in a claimed 77 horsepower for the F 750 GS and 95 horsepower for the F 850 GS.

The following year (2018), BMW once again introduced changes to its large model boxer twin engine.  The company introduced BMW ShiftCam Technology to enhance the engine’s performance further.  The technology allows valve timing and valve stroke on the intake side to vary.  It also allows the intake camshafts to asynchronously open the two intake valves, that BMW says results in an enhanced swirl of a fresh incoming mixture, improving combustion.

So there you have it, a summary of the BMW series of motorcycles over 40 years of production.  Congrats BMW for one of the most successful models in motorcycling history.