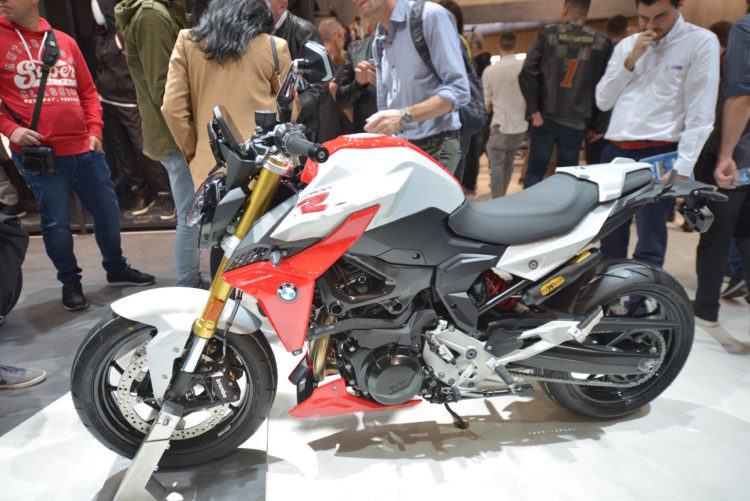 The F 900 R drew many admiring eyes on the BMW stand.

For the coming year, BMW is introducing a trio of new modern sport touring bikes: the F 900 R, the naked and more aggressive F 900 XR and the S 1000 XR.

Against the popular trend, BMW decided not to expand the capacity range of its current adventure models, the 310, 750, 850  and 1250 GS; it was a little surprising not to see a new  midrange adventure model to fill the gap in capacities. 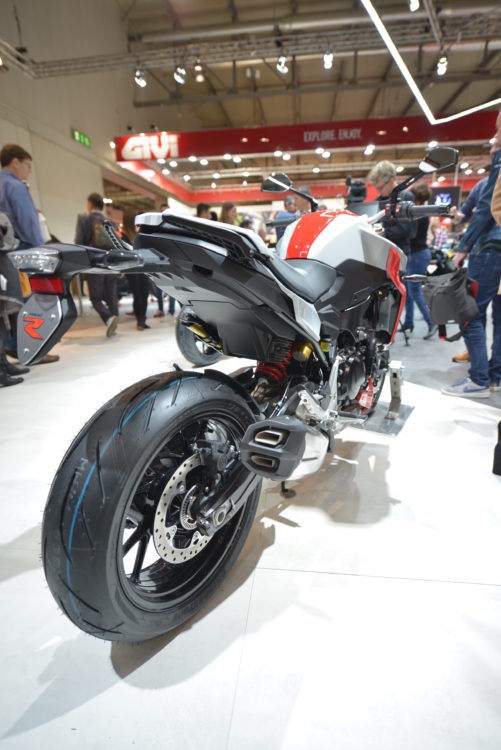 Instead, BMW chose to introduce these three sport touring bikes, shown in a top quality display. 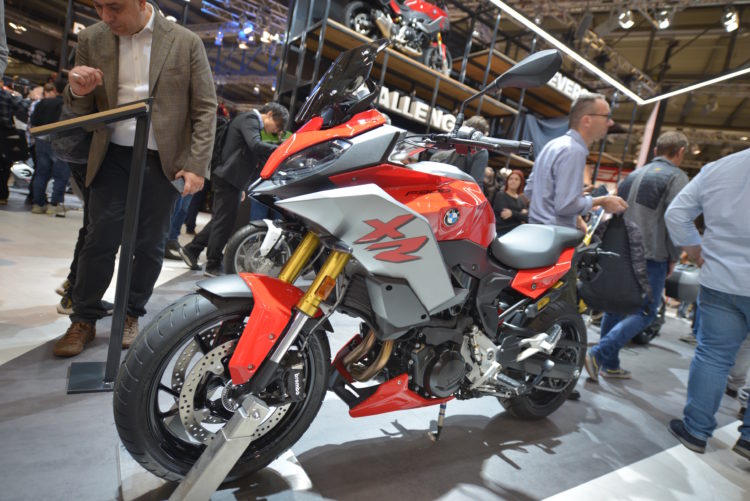 Anything with XR on the fairing also features the latest design.

There’s little to be said about the F 900 R and XR that doesn’t meet the eyes already: the bikes look good, feel strong and their engine is capable of delivering an outstanding 103hp, all packed into the 200kg of weight.
The engine is the same as that of the F850 GS, slightly modified to adapt it to the different chassis and riding position. 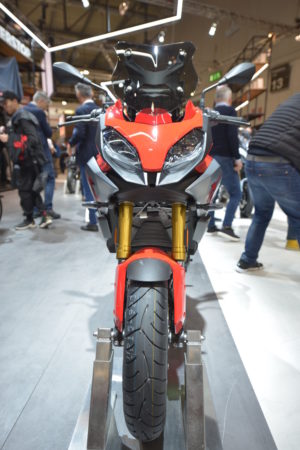 Coming right at you – BMW design is absolutely up-to-date.

In addition to the 900cc models,BMW is offering the S 1000 XR, which is based on a 4 cylinders engine, capable of 165hp. It’s definitely a machine which will impress many for its engine and always captivating design but we have been seeing the XRs lineup since 2016 now, and I believe the public is ready for something new.
The smooth fairings do a great job of protecting the rider from wind and weather, providing overall great aerodynamics for high speed. Four riding modes and all sorts of traction controls are available on the S 1000 XR; the smaller sisters are instead equipped only with a couple of these (Road and Rain). Weight has been reduced by 4kg from the predecessors, which together with the revised powerful and smooth BMW engines, should deliver a great dose of adrenaline to its riders.

BSA could come back as a battery bike brand

Honda updates CRF250L to CRF300L in some markets