Several years ago, I was making my way up the Trollstigen (Troll’s Stairs) in Norway, one of the most popular motorcycle destinations in the country. Situated between Andalsnes and Norway’s most famous fjord, the Geiranger, this road is undeniably stunning, but it’s also unbelievably crowded. During the peak summer months, the Trollstigen is packed with motorcyclists, campervans, and cars crawling slowly up its hairpins; once at the top, people park their vehicles and dutifully make their way to the several lookout points, take the selfies, sweat profusely, waddle back to the parking lot get a cold drink, then carry on driving. Passo Stelvio, another one of Europe’s “most beautiful” roads, is seeing a similar fate.

Even more remote places were seeing an unprecedented surge of adventure riders recently. Back in 2013, I barely saw a soul on two wheels on most of the Pan American Highway, let alone the smaller inland roads in Colombia, Ecuador, Peru, and especially Bolivia. Last year? The places were packed. Not nearly to the extent of Trollstigen or Stelvio, of course, but seven years ago in South America, I’d see maybe 4-5 motorcyclists a month. Last year, on the more popular routes, I’d see at least a couple a day.

The Era of Overtourism

Pre-Corona, the growing number of adventure riders venturing out to explore the now mainstream Alaska – Ushuaia, Nordkapp – Cape Town, or London – Vladivostok routes weren’t surprising. With motorcycle manufacturers catering to the new market, other travellers making it easier than ever to plan routes and ship bikes by posting detailed ride reports, blog entries, and social media content, motorcycle tour companies jumping on the bandwagon to provide long-distance tours, and cheap motorcycle shipping and flying options, this was bound to happen.

Still, the number of adventure riders roaming the world was nowhere near the scale of tourists flooding “bucket list” destinations. Over-tourism had become such a massive issue that the Peruvian government had to start limiting tickets to Machu Picchu, the residents of Venice grew resentful of the relentless tourist hordes and cruise ships polluting the city, and the famous Maya Bay island in Thailand had to be permanently closed off for tourism due to severe damage to fragile local ecosystems. 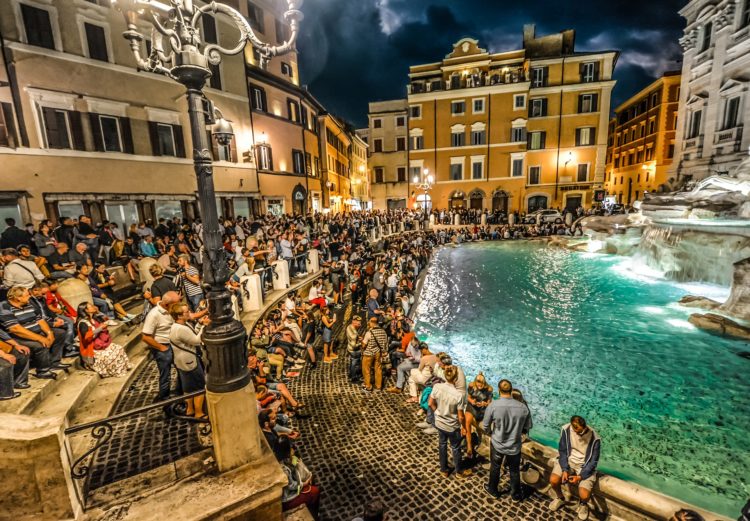 Mass tourism had become a threat to local life in countless spots around the world from driving costs of living and rentals higher than locals can afford and replacing local businesses with faceless tourist shops selling “authentic” trinkets made in China to eroding local cultures, languages, and authenticity of the places and damaging the environment. Unbridled overcrowding seemed to take over entire places forcing residents to either adapt or move out, and while motorcyclists make up a tiny percentage of all travellers, we contribute to the issue, too. Most motorcycle tour and rental companies in South America, Central Asia, and Africa, as an example, are owned by Westerners, not locals; while motorcyclists tend to travel alone and often stay off the beaten path, we still visit most bucket list destinations like the Salt Flats in Uyuni or the Rainbow Mountain near Cuzco. This is a primary example of how overtourism changed a previously unknown corner of the Earth into a mass tourist bus trek spot in just four years. 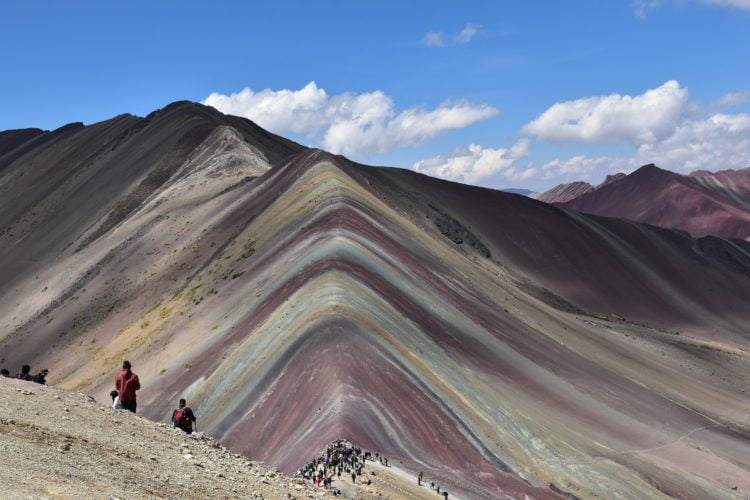 Just a few months ago, nobody would have ever imagined how to curb mass tourism. On the one hand, cheap flights and tourist-oriented infrastructure made travel a possibility for significantly more people, which sounds like an inherently good thing: travel was no longer a luxury only accessible by the wealthy, and more and more people could see the world. It boosted countless economies around the world, lifting many communities out of poverty and improving infrastructure. On the other hand, mass tourism changed the very meaning of travel; it was no longer a way to discover the world as much as it’d become a comfortable and easy way to holiday on a cruise ship or get drunk on a stag do in Prague or Budapest. 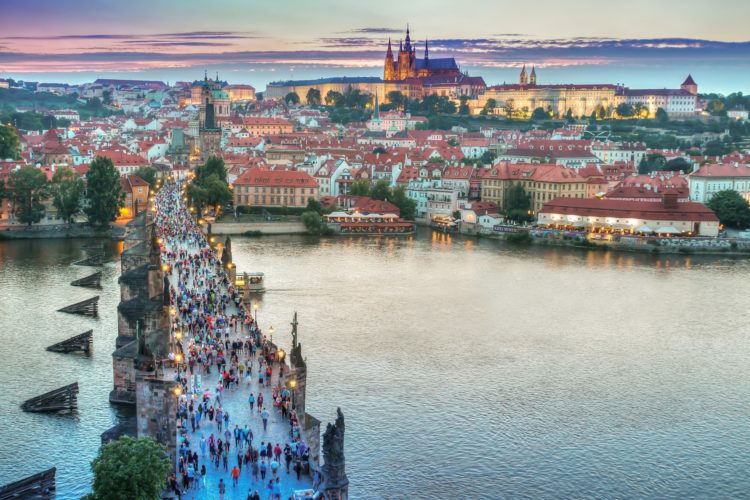 Much like Google and the obsession with SEO has changed the way writers and videographers create content to cater to algorithms and bots to attract more traffic, the tourism industry has erased cultural experiences by offering cheap packaged holidays where the locals have learned what tourists like and offer exactly that instead of staying authentic. Going on a beach holiday in Malaga where most locals speak English and every other bar is a British-owned pub while staying in a chain hotel isn’t exactly experiencing Spain, a lot like a tourist bus ride to Grand Canyon and a weekend in Vegas won’t inform much about the American culture.

To a degree, this has happened to adventure travel, too; having that selfie at the “Fin del Mundo” sign in Tierra del Fuego or the “Tropic of the Capricorn” in Namibia has become mainstream, and in the recent years, you could go on a two or three-month motorcycle tour of South America hitting all the “bucket list” spots along the way while experiencing very little of the local culture.

Almost overnight, however, all of that has come to an end, and with the travel and tourism industry coming to a grinding halt, the way we explore the world is going to change in ways we can’t even see yet. There is a very real possibility that travel may become accessible to much fewer people, and that it will become exclusive once again, for better or for worse.

I wonder if perhaps there is another way of moving forward: not by making travel exclusive, but by making it sustainable. Maybe, instead of trying to hit all the “must-see”, “bucket list”, “not-to-miss” spots along the way, we’ll zoom in on local and regional travel instead, discovering places and cultures truly off the beaten path. Maybe, while riding Peru, we’ll skip Machu Picchu altogether and explore the more remote areas of the country instead. Perhaps instead of doing the Road of Bones, we can go on a Far East expedition instead. Or we’ll simply rediscover our own countries and continents in ways we haven’t even thought of before as we got swept up by the fever to go further and faster and cover miles instead of letting ourselves to experience the world more deeply.