The Italian automaker Ferrari is one of the world’s most well-known brands for exotic sports cars.  The company has a long history of designing beautiful and powerful machines.

But few people know that Ferrari also dabbled with a motorcycle.  Only one two-wheeled machine has ever officially worn Ferrari’s prancing stallion emblem.  And that motorcycle is the Ferrari 900. 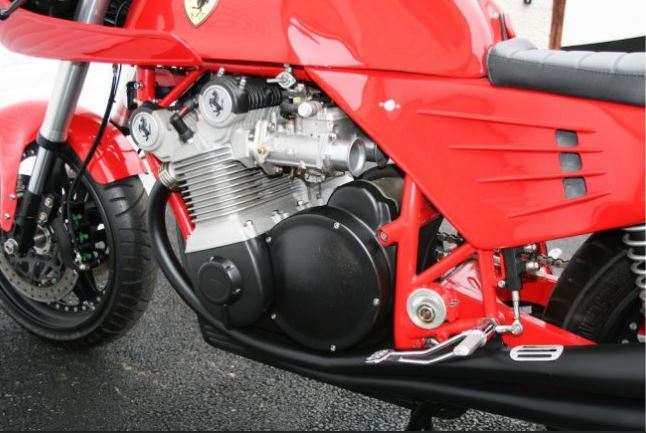 Kay and his team built the engine from scratch.

But if you think that Ferrari designed and built this bike, you are mistaken.  The idea for the machine is the result of a conversation between two motorcycle engineers; David Kay and Rodney Milson.  Rodney suggested that David show off his engineering skills by building a one-off motorcycle and Kay accepted.  Kay then sent off a letter to Ferrari and asked for permission to build a motorcycle in honor of Ferrari founder, Enzo Ferrari.

Almost unbelievably, the company responded and none other than Enzo Ferrari’s son Piero Ferrari gave his approval and wished Kay good luck with his project. 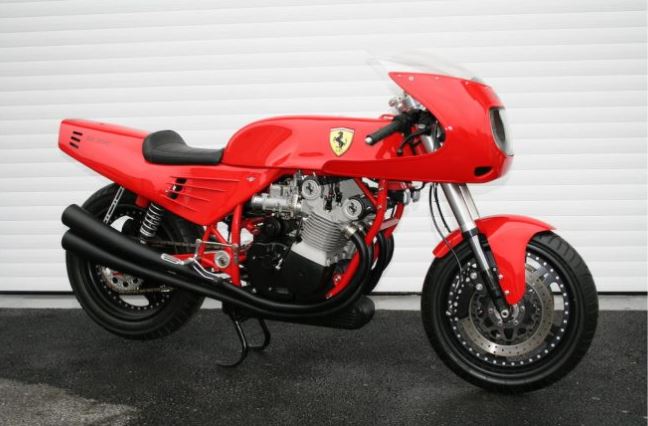 Kay and his team built the bike by hand.  The engine is a scratch build.  This includes its transverse, double overhead camshaft and the engine’s four cylinders.  The bike’s aluminum bodywork is hand-beaten in an arduous and painstaking process.  As you can see by the strakes in its side panels, the bike is modeled after Ferrari’s Testarossa.

The team also fabricated the bike’s magnesium casings, carbon fiber mudguards, and hand-spun Astralite wheels.  To keep the technology element high, Kay and his team also developed and incorporated a one-off digital instrument panel.  In total, Kay and his team put in over 3,000 hours of labor over a four year period. 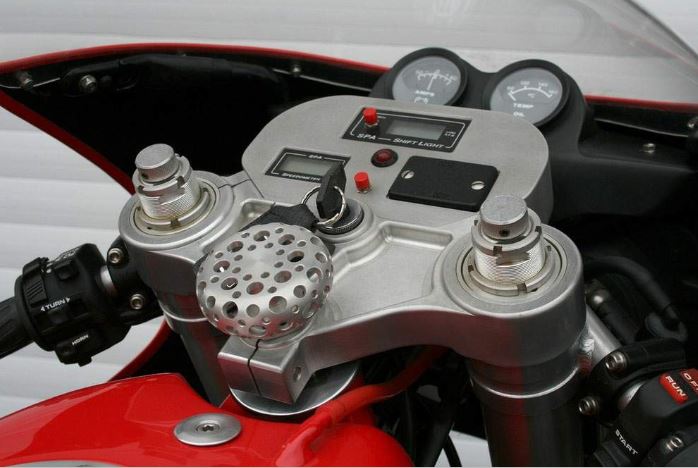 David Kay and his team developed a new for the time technology digital display.

With Kay making his mark with a Ferrari approved motorcycle, he moved on to become known in the motorcycle and engineering world for leading the design efforts of some of MV Agusta’s motorcycles.

Today, he runs  MV Meccanica Verghera Ltd. with his family.  They focus on providing rebuilds and renovations of classic Italian bikes like MV Agusta and Gilera.