Walk up to the Alpinestars display at AIMExpo and ask them what’s most important to them right now, as I did, and the answer you get is the new Limited Edition Tech 10 boot.

The Monster Energy Cup is in Las Vegas and to celebrate Alpinestars brought out the “battle hardened” limited edition. It has the classic livery from the so-called golden age in the 1970s and it’s worn by Eli Tomac, Justin Barcia and Jason Anderson at the races. 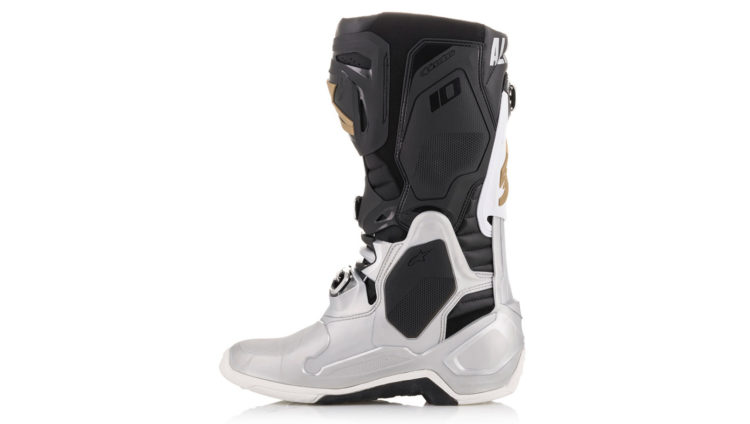 Other than the livery and the name, though, this is still the upgraded, third-generation Tech 10 boot. That means a redesigned boot that’s 1.5 lbs (0.7 kgs) lighter than its predecessor. It’s fully hinged and has full lockout. 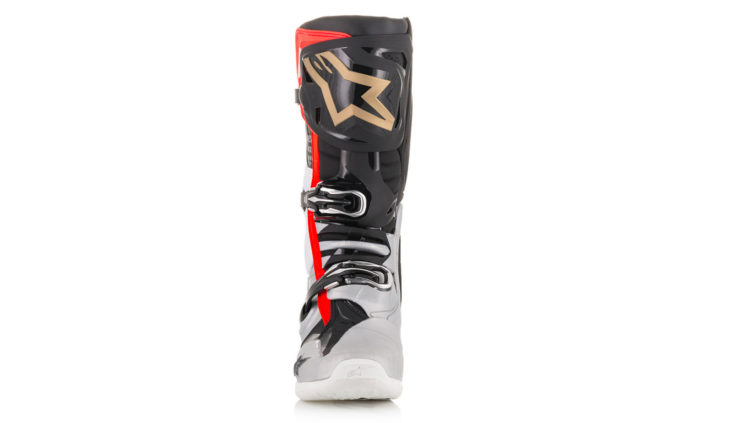 Alpinestars say their goal is controlled motion and energy management when extreme stresses are put on the boot. Their goal is to prevent hyperflexion and hyperextension.

The consumer model has just one difference from the one the pros will be riding in Vegas. That’s the crushed heel protector (for those sudden get-offs when your heel is the first thing that hits the ground.) They’ve cut out the heel and put in what they call a Dynamic Heel Compression Protection Shock Absorber. 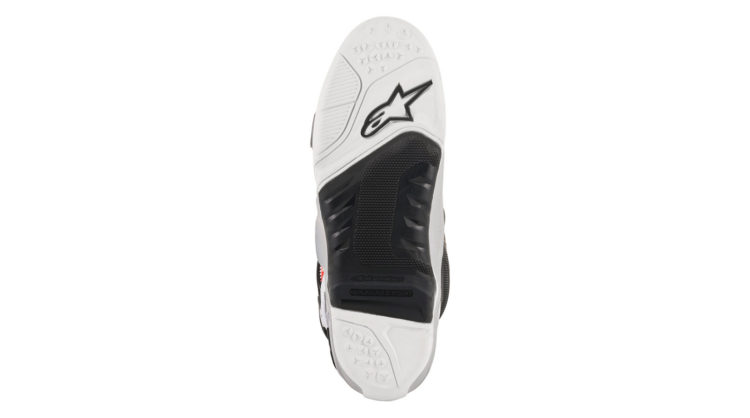