A few years back, Kim and I had fun wandering across the US and Canada to Alaska.  We really didn’t have any set destinations, we’d go wherever the terrain, weather and our feelings took us.  For us, that’s the best way to travel. 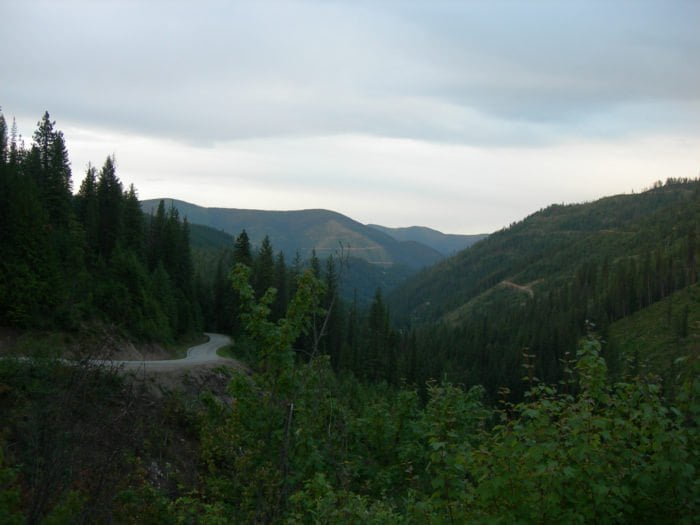 You’ll ride roads like these to get to Murray, Idaho. Photo credit: Only In Your State

And it was during this trip that we stumbled upon the Sprag Pole museum, the subject of this installment of Oddities Uncovered.  We were 2/3rds or so the way across the US and ready to make the turn north into Canada.  After traveling daily for 3 weeks straight, we decided that it might be nice to find a place to stay put for a couple of days near the Montana/Idaho border.

We rented a room in the basement of a beautiful small ranch.  It was perfect for chilling for a couple of days and walking into the neighboring town.  We were doing just that when there was a knock on the door to our room.  Cindy and Mark who owned the ranch told us that they and their kids were going to have s’mores around a campfire that night and that we were invited. 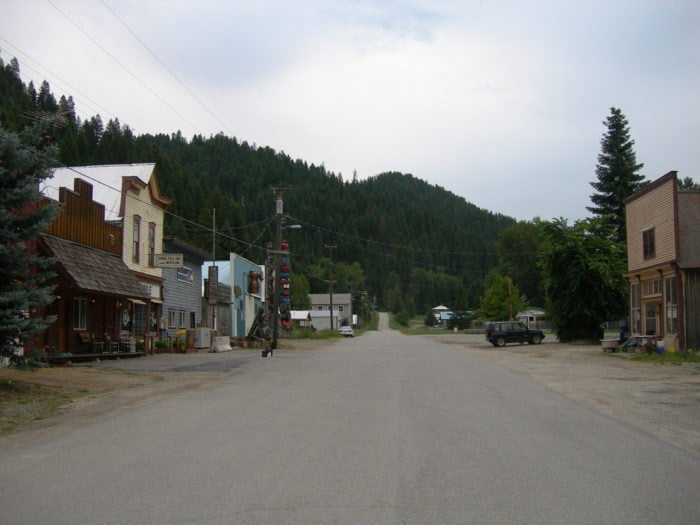 The main street in Murray, Idaho. The Sprag Pole Museum is on the left. Photo credit: Only In Your State

S’mores under the stars

It was a wonderful invitation and soon we were chatting out under the Montana stars eating the promised s’mores.  As we chatted with Cindy and Mark, we asked them if there was anything to see while we were in the area that was within a reasonable distance of the ranch. 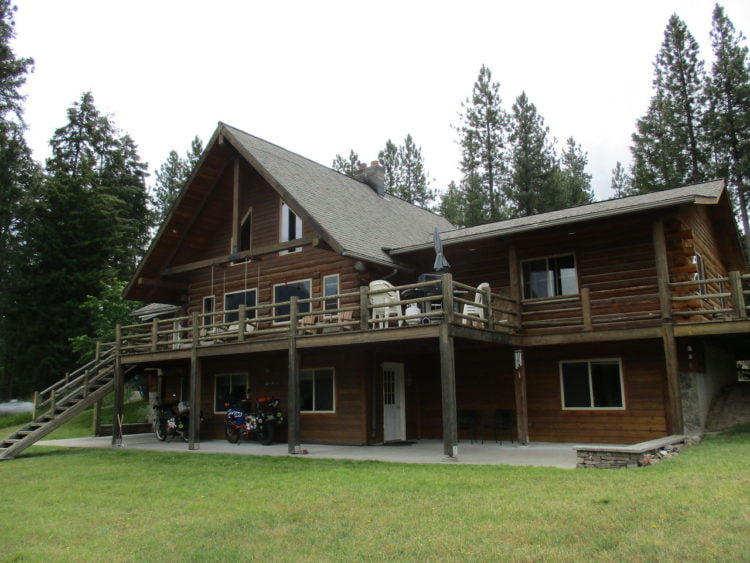 We took a room in the basement of this Montana ranch. Photo credit: Mike Botan

So the following morning we jumped on the bikes and “uncovered” the Sprag Pole Museum in Murray, Idaho.  Actually, we “uncovered” the Spragpole Museum, Restaurant, and Inn.  All three facilities are housed in a rather ordinary wooden building on a small street.  Three small and well-worn signs in front of one of the buildings are the only notice you’ll find of the place’s existence.

But once inside, you’ll truly find a treat.  There is no admission fee to get into the museum.  You walk into the front door of the building and into the restaurant.  It’s a little place.  It’s like one you would expect to find in this town of its size (about 5,000 people).  As you enter the restaurant, turn right and you are in the museum. 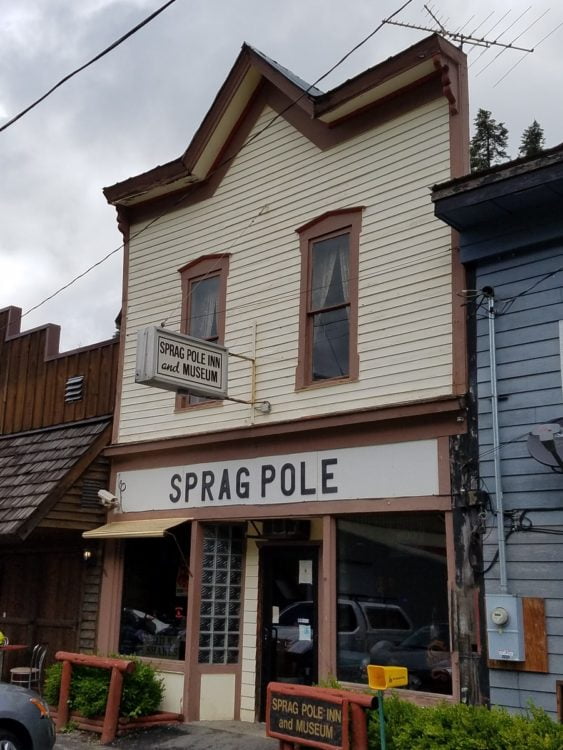 The plain-looking Sprag Pole museum is a glimpse into the history of a 1800s town and the people who live there.

And the place houses the most eclectic mix of items I have ever seen in a single museum.  There are some great local items and history inside, but there are also items from all over the world.  There’s much to be seen and learned. 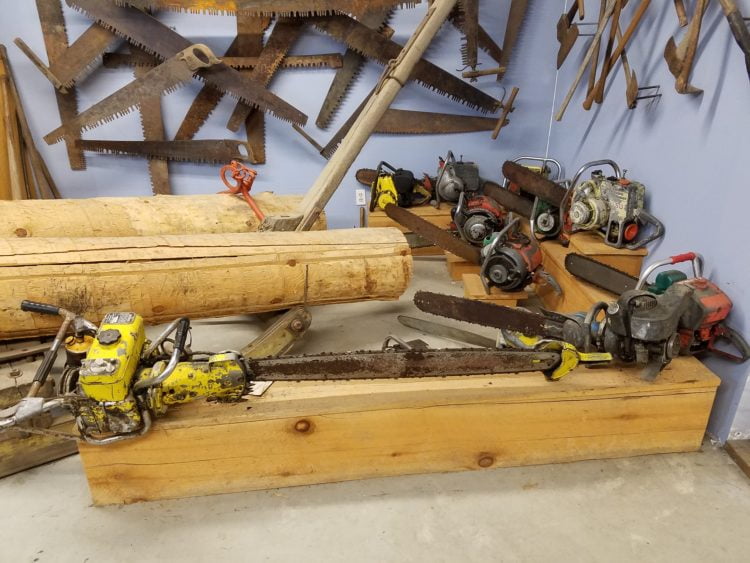 A portion of the logging industry exhibit at the Sprag Pole Museum. Photo credit: Mike Botan

While the museum has many different and eclectic exhibits, it boasts 12 special exhibits.  And, those exhibits are a glimpse into the life of Murray, Idaho in the late 1800s when Murry supported miners seeking their fortunes in the mountains of the area. 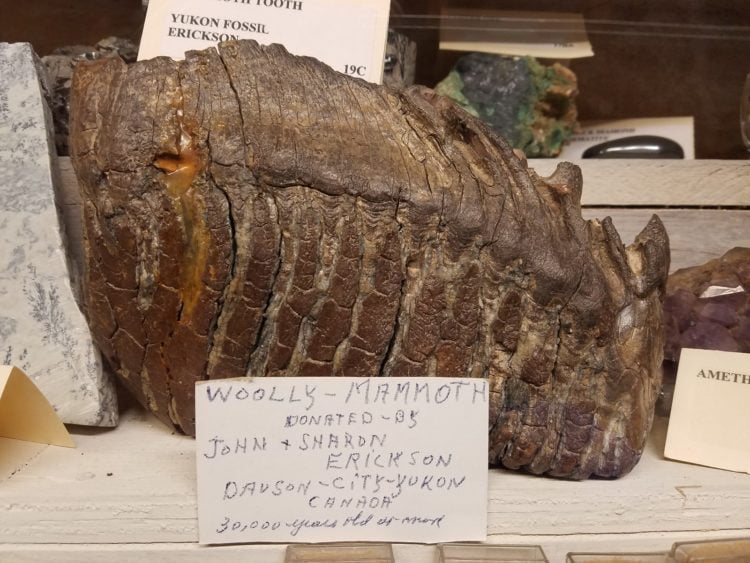 Talking about eclectic mix of items; how about this fossilized wooly mammoth piece.

A man by the name of Walt Almquist started the museum way back in 1933.  He purchased a building and started the Sprag Pole Museum with an old whiskey jug.  It was from that jug that the museum grew and grew. 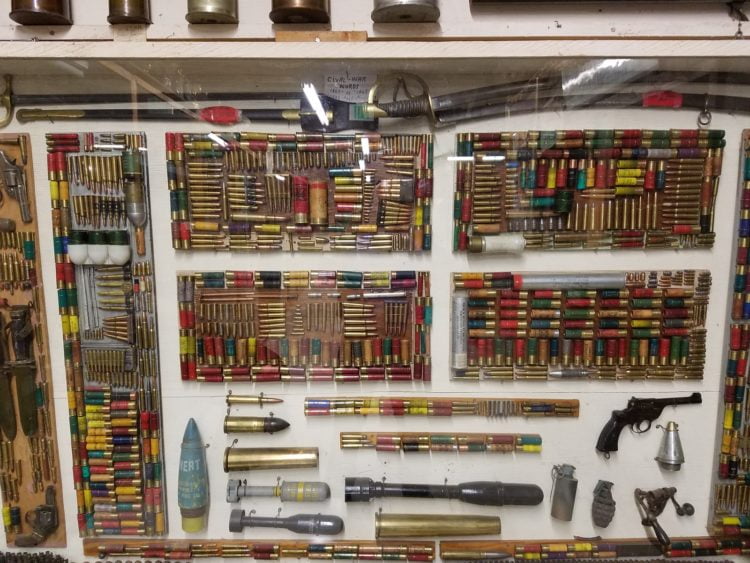 There was a rather large display of weapons, explosives, and ammunition. Photo credit: Mike Botan

Inside you’ll find rooms exhibiting how life was during that time.  You’ll find simple things like a barbershop, schoolroom, doctor’s office, kitchen, post office, and a furnished “parlor”.   There are also exhibits about the Cataldo Mission Native Americans, logging, firearms and explosives, forestry and firefighting, a huge rock and mineral display and Maggie Burdan Hall’s (aka Molly B’Damn) bedroom. 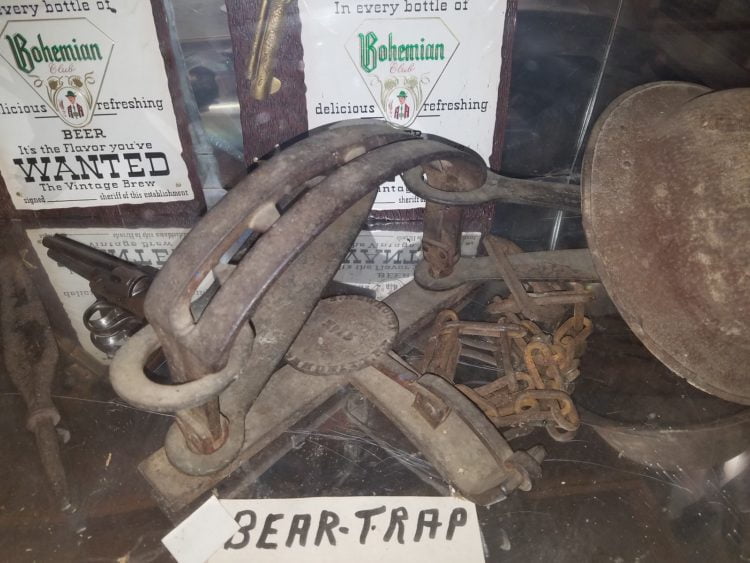 As a wilderness area, there is lots of wildlife. This is an 1800s bear trap. Photo credit: Mike Botan

You are probably wondering why a woman’s bedroom is an exhibit in the area.  It’s because Irish Immigrant Maggie Burdan Hall played a major role in the town’s history. 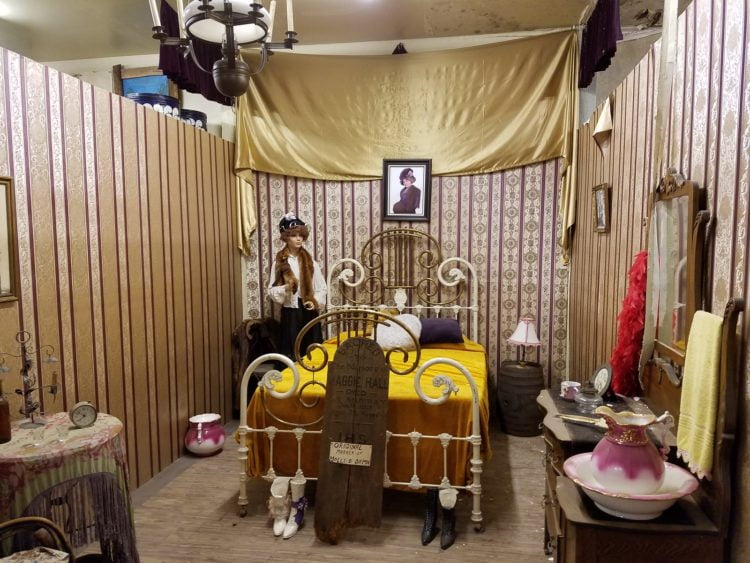 Born of wealthy parents and well educated, Maggie decided to come to America to seek her fortune.  After her “trust fund” husband was cut off, he forced Maggie into a life of prostitution to pay off his gambling debts.  From there, their marriage failed and Maggie decided to travel west.  She joined a pack train with a strong horse and provisions for the trip.

On the way, the pack train encountered a blizzard in Thompson Pass.  One woman and her child could not keep up and quickly fell behind.  Maggie saw their plight and stayed behind to help.  They had to spend a cold and snowy night on the trail but eventually made it to Murray.

The news of what Maggie had done reached Murray before her. Upon arrival, she was greeted by cheers and praise. She ordered a cabin and food for her new charges.

Now in Murray, Maggie opened a brothel.  It was the trade which she had been forced into by her husband and now knew well.  The brothel became quite popular and was a destination for the miners in the surrounding mountains.

Caring for the people of Murray

But it wasn’t the brothel that made Maggie a legend in the area.  Maggie cared about the people greatly.  She housed the homeless and fed the hungry and sick.  When smallpox came to Murray, it was Maggie that called for a town meeting to set up makeshift hospitals and nurse the sick.

She worked tirelessly to tend to the ill miners and their families.  But Maggie’s work had a cost.  Although the disease dissipated, Maggie became ill with tuberculosis and died in 1888 at the reported age of 35. 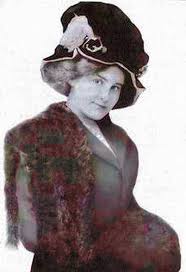 A colorized portrait of Maggie Hall Burdan who became to be known as Molly B’Damn. Photo credit: Flickr

It’s this kind of local history that makes the Sprag Pole museum interesting.  You get a feel for the life of the people of Murray.  How they worked, how they played and how they lived.

The Sprag Pole museum is a great and interesting stop hidden in a small town in the Idaho mountains.  Take the time to stop and browse through the exhibits.  Perhaps have some lunch and then ride through the dirt roads of the Coeur d’Alene National Forest.  We thoroughly enjoyed our time there and think you will too.

If you’d like to read and see more about the Sprag Pole museum and the Coeur d’Alene National Forest, you can check out our ride report in the forum.

Fuel Range
How Far Will You Go?