There had been previous reports that indicated worldwide production of the Hayabusa would stop.  However, Motor Sports Newswire said that this situation, as well as media reports, may have caused confusion and misunderstanding among U.S. consumers, media, and dealers. 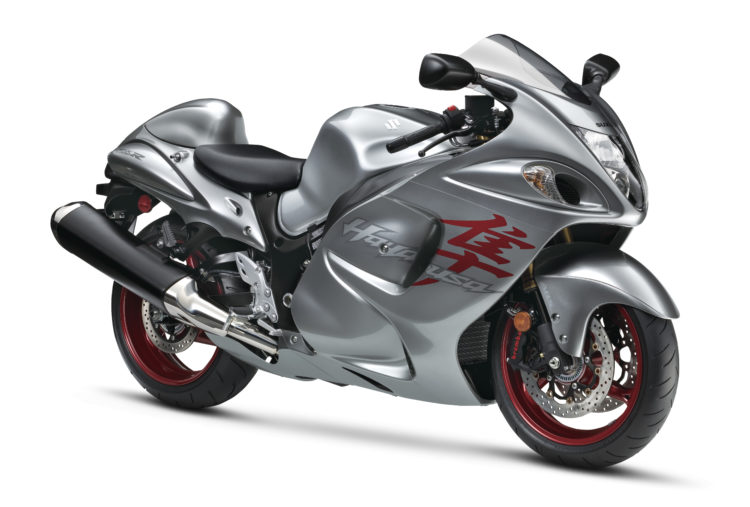 From its inception 20 years ago, the iconic Hayabusa motorcycle has been a visually- and technologically-stunning representation of Suzuki’s commitment to motorcycle performance. Literally tens of thousands of riders have owned this beloved model and it continues to be sought after even today. GT riders, drag racers, and customizers worldwide are obsessively devoted to the Hayabusa and we are looking forward to continuing its legacy. Suzuki Motor Corporation’s commitment to this model means a new generation of motorcyclists can experience the unmatched performance and style that the Hayabusa is known for globally.

So there you have it.  Due to differing emission regulations, the Hayabusa will continue in the US.  But Europe will not see any of the current design Hayabusa.

That does beg a question.  With a new Hayabusa rumored to be in process, will Europe get a new model first?  Will the US have to wait a year or two for the bike to be sold here?  Apparently, we’ll all have to wait and see.