Mass-produced motorcycles are everywhere and easy to spot and recognize.

BMW twin-cylinder arrangement is as familiar and unique to the brand as Harley’s V-Twin, or is the Moto Guzzi V-Twin more familiar to you.

Away from the big major brands, and in much smaller production, say 10 or fewer bikes ever built, would you agree that the iconic Britten V1000 is at the top of the list or very close to it. 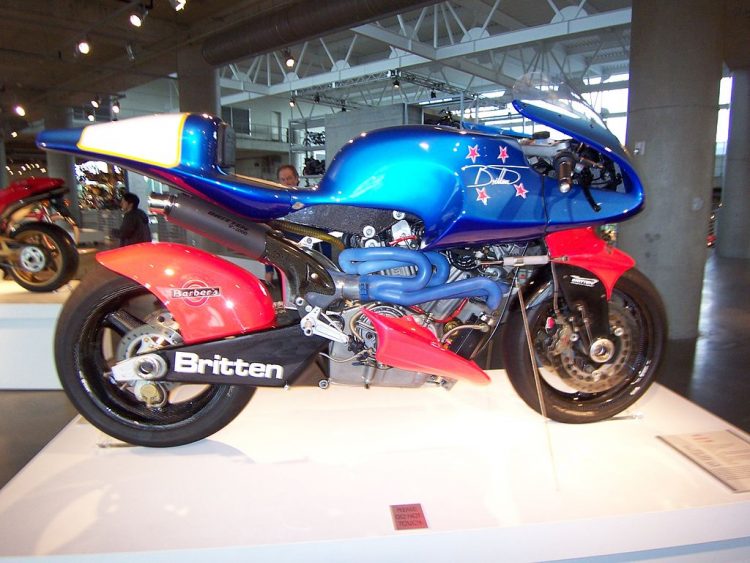 The Britten V1000 is a handbuilt race motorcycle designed and built by John Britten and a group of friends in Christchurch, New Zealand during the early 1990s. The bike went on to win the Battle of the Twins in Daytona International Speedway’s Daytona Bike Week festivities in the United States and set several world speed records.

The bike was designed from first principles and hosts a number of innovations including extensive use of carbon fibre, the radiator located under the seat, double wishbone front suspension, frameless chassis and engine data logging. 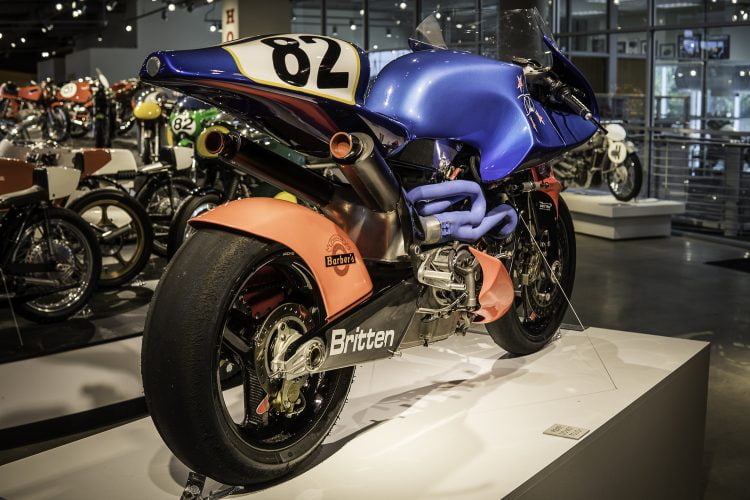 Want to buy one, an original…if you could find someone on the list below that would be willing to sell, the estimated price in 2016 was around $400,000 (MCN/ UK) – now a few years later, probably a lot more. 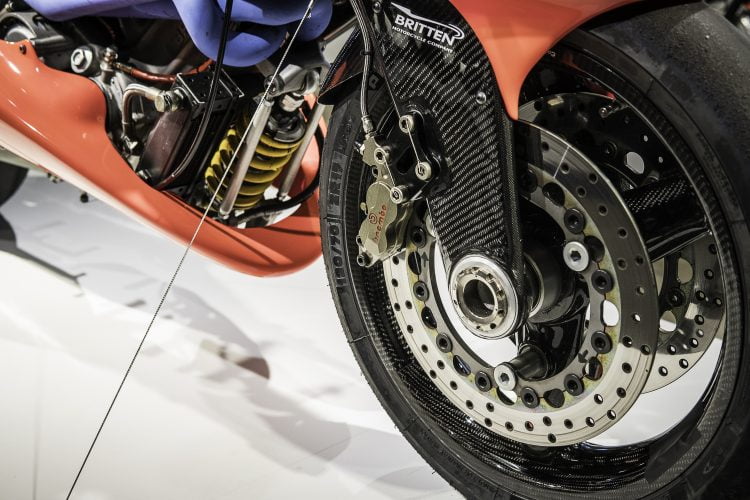 So where are the 10 Brittens now?

The number one bike, nicknamed The Cardinal, is still owned by Britten Motorcycles of Auckland, New Zealand. Number two is on display in the Museum of New Zealand in Wellington, three is owned by Roberto Crepaldi in Milan, four is owned by Jim Hunter in Massachusetts, USA, five is owned by Dr Mark Stewart in Michigan, USA, six is in the hands of Kevin Grant in Auckland and is the only one which is still running and used for track displays (MCN’s Adam Child rode this bike in 2013), seven is on display at the Barber Vintage Motorcycle Museum in Alabama, USA, eight is owned by Michael Canepa in California, Gary Turner of the Netherlands has number nine, and number 10 is in the hands of Michael Iannuccilli in Las Vegas, USA.

Never heard of a Britten, then maybe Captain America is a more familiar and recognizable bike? The originals, there were only two built, copies in later years…hundreds 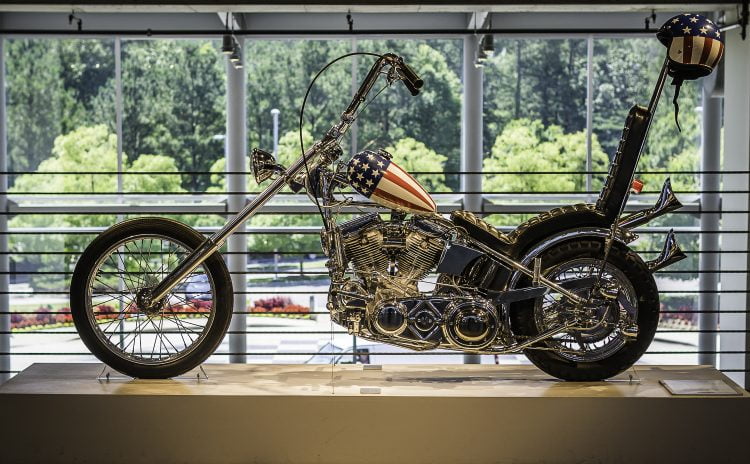 One of the main motorcycle characters from the movie Easyrider, looked like this bike (copy on display at the Barbar Museum). Sadly even if you had unlimited sums of money you could never own one of the two originals used in the movie, in perfect original condition, but you could get close. 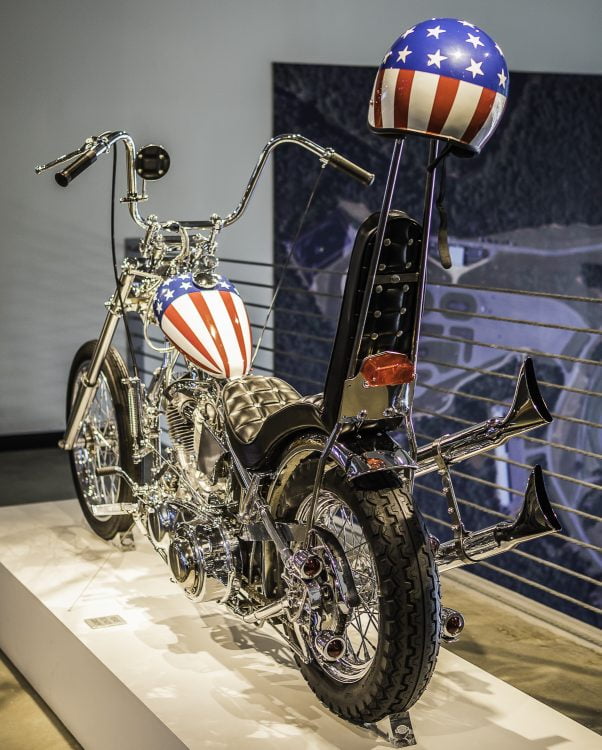 The main bike was demolished in the final crash scene of the movie, and then rebuilt by “Grizzly Adams” actor Dan Haggerty.

The actual location where that happened in Berwick Louisana, here.

The second bike, known sometimes as the backup bike, to be used if the main Captain America wasn’t working or was wrecked early on in filming, was stolen along with the two Billy Bikes, and most likely dismantled for parts before the movie was released. 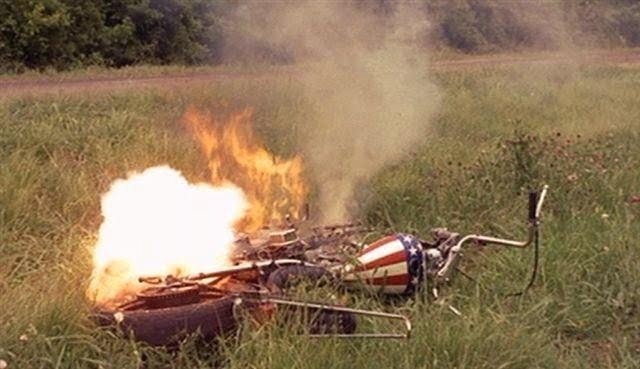 Who is the owner of the rebuilt Captain America? The one from the final scene, this is debatable, but the LA Times took on that story a few years back, when ‘it’ sold for $1.35 million: Uneasy riders: Which ‘Captain America’ chopper is the real film relic?

If the above two motorcycles are possibly the most recognizable ever made with a production of TEN OR LESS which motorcycle would you add to round out the top three?