Adventure motorcycling is all about breath-taking scenery, discovery, and the amazing people you meet on the road. Right? Not always: sometimes, life on the road is just plain freaky.

Here are some of the weirdest things I’ve done while traveling.

In Bolivia, foreigners are required to pay three times more for gas than locals who get their fuel subsidized by the government. While not a bad thing in itself, it creates mountains of paperwork for the gas station attendants, which is why they’re sometimes reluctant to sell fuel to foreigners. The easiest way to get fuel without annoying the gas station people is to park your bike outside the gas station and get some fuel by means of a jerry can.

Since I didn’t carry one back in 2013, an empty Fanta bottle served as my gas canister – however, in the photo, it does look like I’m filling my tank with Fanta. I still haven’t confirmed or denied rumors of  the soda pop tank.

In 2014, Rally Dakar was going to go through the small town of Uyuni, Bolivia. The entire country awaited in anticipation; in the meantime, I was making my way across the Dali Desert following the Lagunas Route in Southern Bolivia. I vaguely knew I had a chance of seeing the rally somewhere along the way, but I also had a more pressing issue: the nut on my rear wheel axle had decided to abandon ship due to endless rattling across washboard and ruts. Staring at my wobbly rear wheel, I tried to come up with a solution. Luckily, a local jeep transporting tourists to San Pedro de Atacama, Chile, happened to rumble by, and the driver stopped to help me. As he was rummaging in his tool box trying to find a nut for me, a group of wide-eyed travelers poured out of the truck to see what was up.

“Are you racing in the Dakar?”, a tall, blond guy in his twenties asked, looking at my bike.

“Not quite. I’m a pizza delivery girl for the Dakar riders”, I replied, pointing at my top box that did in fact look like it could contain a Domino’s. 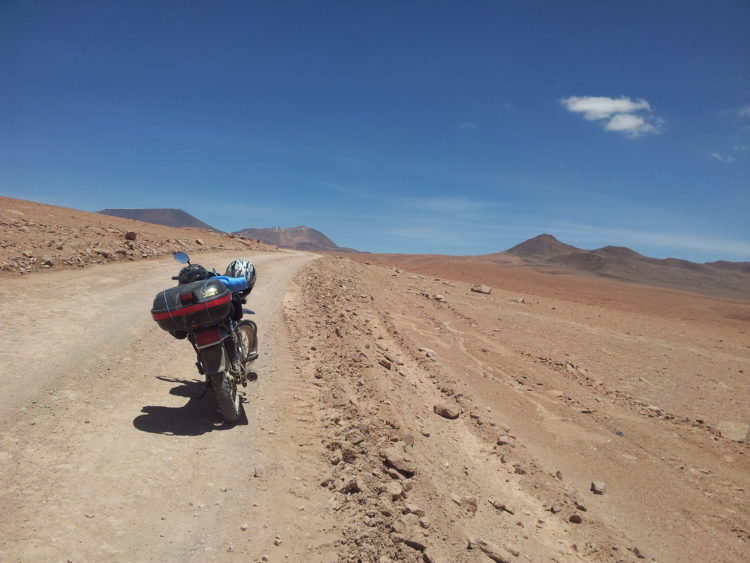 Did anyone order Hawaiian?

The tourists nodded and told me that it was kind of cool.

Just in case you think the weirdest things I’ve done while traveling all happened while I was riding my little Chinese bike in South America, that isn’t the case. Lucy, my DR650, has been involved in the world’s biggest claw game… 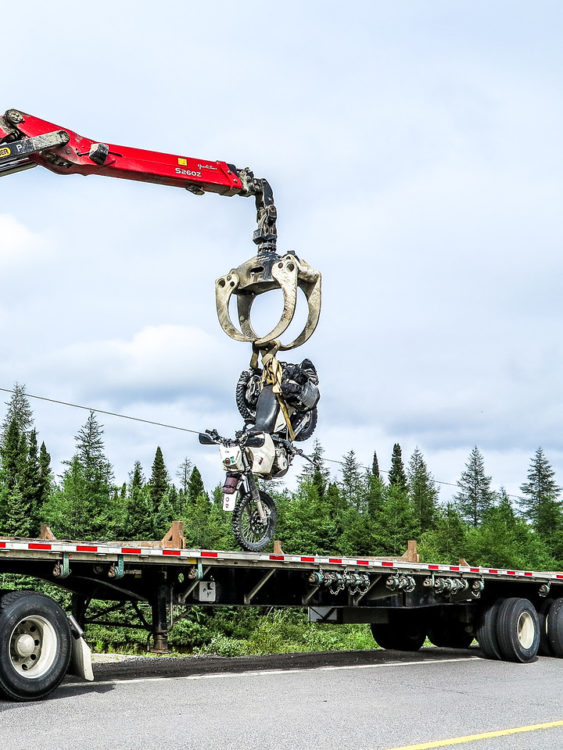 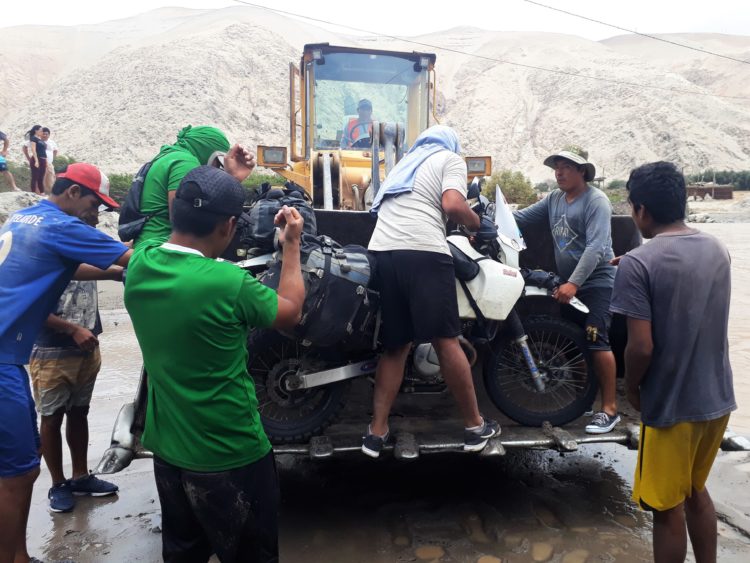 …and survived the Hellas Rally Raid in Europe, thanks mostly to the bike’s sturdiness, not the rider’s skill. 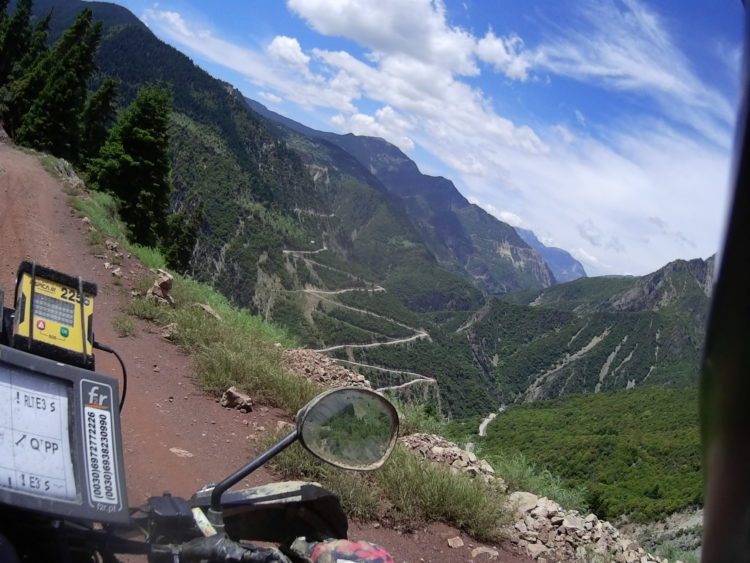 What are the weirdest things you’ve done while traveling? Let me know in the comments below!