Here’s news of a spectacular exhibition coming up, for our Australian readers. But it’s also a genuine Aussie opportunity for our overseas friends, many of whom keep telling me how much they’d like to visit Australia. Should you actually be planning to visit Down Under this year or next, I have good news for you. Include Queensland in your plans. Brisbane’s Gallery of Modern Art (GOMA) will be showing one of the most outstanding motorcycle exhibitions – ever. It is being curated by Professor Charles M Falco and film maker / writer Ultan Guilfoyle, the same people who put together the Guggenheim’s massively successful Art of the Motorcycle exhibition which drew over three million visitors.

If, like me, you missed that one you need to see this. At the official announcement of the exhibition, the curators promised that The Motorcycle would not be just a re-run of The Art of the Motorcycle. Professor Falco noted that neither of them would have been interested in a repeat, but the brief for this show was significantly different.

“What we are looking at is the motorcycle in the past, the present – and the future,” he said. 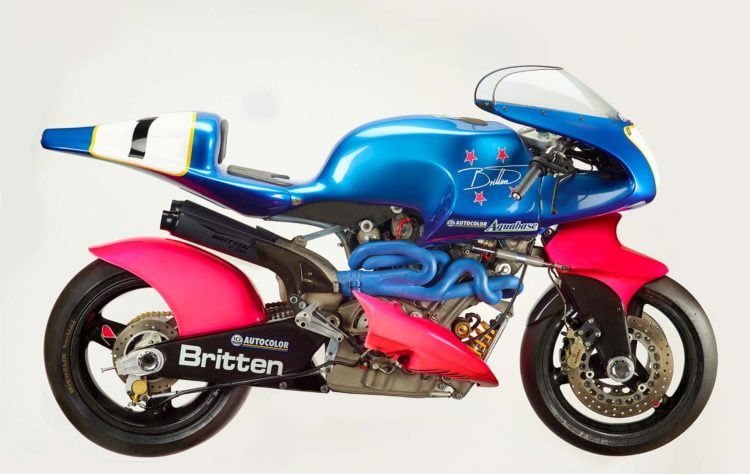 This exhibition is not just significant in itself. While it is clearly a major effort for GOMA, it also marks a growing understanding of motorcycles and motorcycling as integral parts of the transport and recreational landscape.

Queensland Minister for Science and the Arts, Leeanne Enoch, said at the announcement that The Motorcycle would feature the most innovative and influential motorcycles created over the last 150 years.

“From The Great Escape, Easy Rider and Arnold Schwarzenegger in Terminator 2, motorcycles have been a mainstay of popular culture for decades and continue to provide endless fascination for millions of people around the world,” she said. 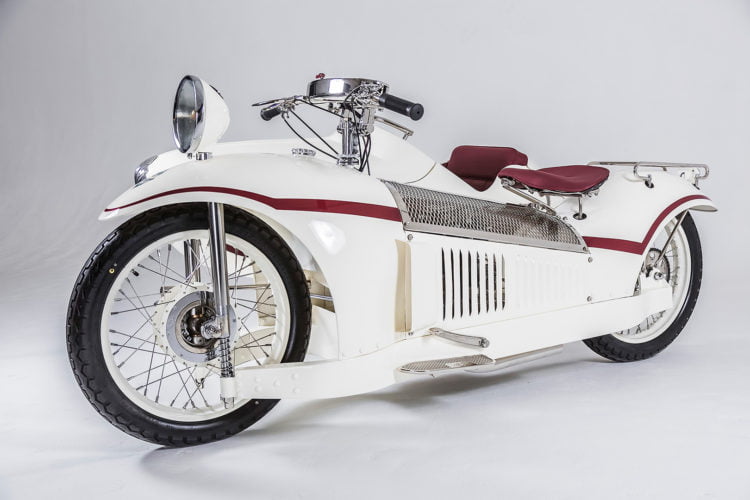 “The one-of-a-kind exhibition at GOMA is set to tap into the appeal of this iconic object of design and art through a thrilling and immersive installation experience that will not be shown anywhere else in the world and will be must-see for locals and visitors to Queensland,” the Minister continued.

“Tourists want to experience something they can’t get anywhere else when they’re on holiday,” Ms Jones said. 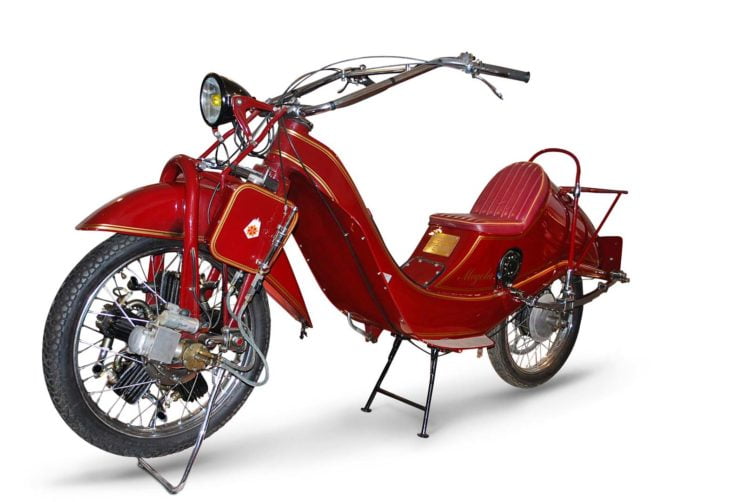 Highly unusual and superbly classy, the Megola was actually raced in its time.

Queensland Art Gallery Director Chris Saines said that The Motorcycle: Design, Art, Desire would feature more than 100 motorcycles from the 1860s to the present day, drawn from private and public collections across the globe.

“It includes the earliest 19th century steam-powered motorcycle, right through to electric motorcycles and exciting design propositions for the future,” Mr Saines said. “Over its 150-year history, the motorcycle has undergone extraordinary reinvention, from steam power to petrol-fueled internal combustion engines to battery, and from humble backyard creations to custom-made, high-tech chrome speed machines.

“More than just a means of transport, the motorcycle is a design object, with forms and styles that reflect innumerable cultural and societal influences. We look forward to presenting this comprehensive survey of a universal machine designed to inspire freedom and escape through affordable mobility. At this turning point in the way the world thinks about powered transport, The Motorcycle will be a timely celebration of exquisite design and a look at what the future holds.” 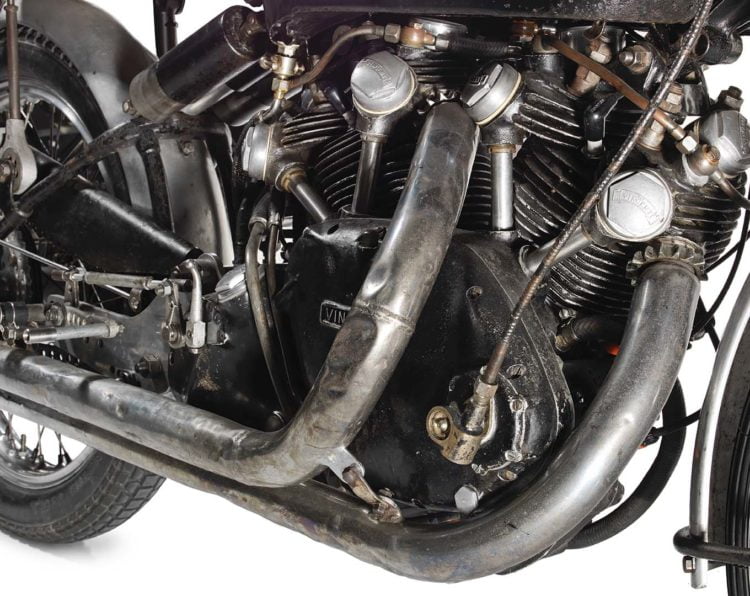 This Vincent 998cc Black Lightning achieved the highest price ever at Bonham’s.

He’s not kidding about the importance and fascination of the bikes, either. Included in the exhibition will be the 1951 Vincent Black Lightning that set an Australian land speed record in its day and more recently a world record for the highest price paid at auction for a motorcycle, as well as a Britten V1000 borrowed from the Wellington Te Papa museum.

Other displays include a 1868 Michaux-Perreaux, the first steam powered velocipede and oldest known motorcycle in the world along with a 1930s Triumph Speed Twin and a 1970s Ducati 750 SS. There will also be off-road motorcycles highlighting a rich history of bikes built for dust and dirt; customised motorcycles at the intersection of art and design; and ultra-modern electric motorcycles, demonstrating the future of transportation in the age of renewable energy. 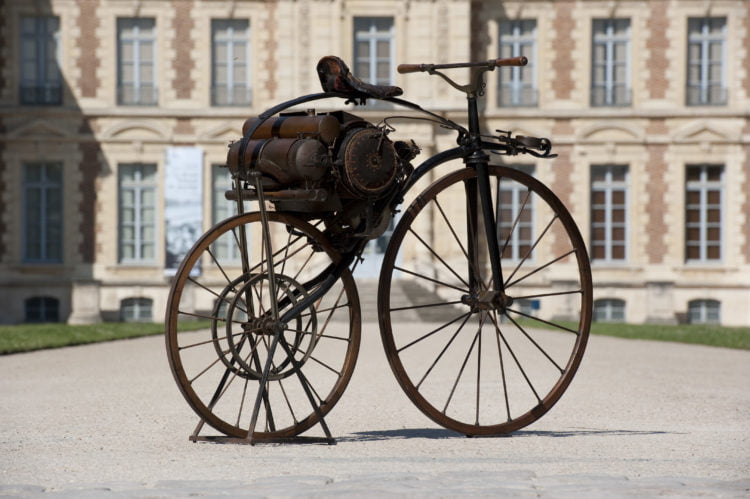 If Velocipedes are your thing, you will be well catered for.

There you have it; don’t blame me if you miss this show – I’ve warned you in plenty of time. The Motorcycle: Design, Art, Desire will run from the 28th of November this year to the 26th of April 2021 at the gallery on Brisbane’s South Bank. Tickets are now on sale at www.qagoma.qld.gov.au/themotorcycle , and I’m already planning to go more than once.