If you live in the snow belt in the US, winter may be when you park the bike(s) and wait out the weather.

Top up the tank, squirt in some stabilizer, spray some oil, tend to the battery — and maybe do some wrenching in the garage. And then dream of warmer weather.

We have it lucky.

In the UK, Christmas is a peak time for bike theft.

Like here, a lot of people put up their bikes for the winter. Unlike here, their garages (which are often stand-alone) get broken into with unsettling frequency. Bike thieves follow riders, see where they live, then come back and help themselves. If they’re determined, there’s not much you can do. 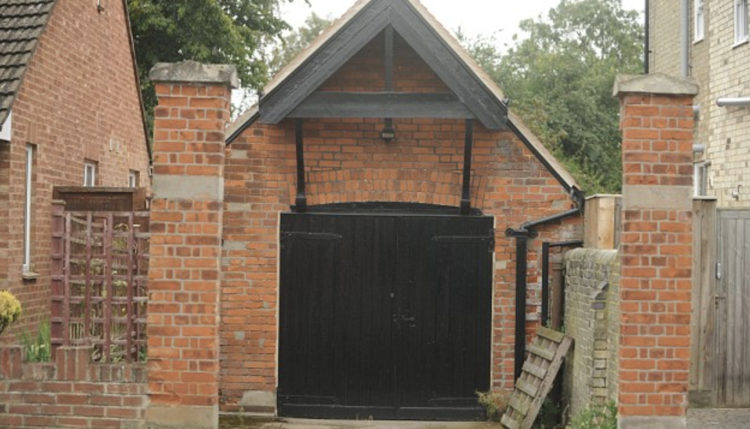 Residential garage in the UK

“This period of uncertainty coincides with a time of year when the bike gangs are at their full strength and focused on our notably understrength police service whose attention is understandably elsewhere.”
– Dr Ken German, UK expert on bike theft

“This period of uncertainty” refers to Brexit. If Britain leaves the European Union (EU) then British law enforcement may lose access to a pan-European centralized crime data bank that helps them foil gangs of thieves. It’s something that the International Association of Auto Theft Investigators, which encompasses 71 countries, is worried about.

The anticipation of that happening has the Brits on edge. With the loss of data, it might be easier for bike thieves to sneak stolen machines past customs and onto the continent. German says it’s a distinct possibility.

“Motorcyclists should remain on high alert to prevent their machines being stolen by the gangs who are currently exploring the weaknesses in UK security on the run up to our departure from the EU.”

Compared to our cousins in Blighty, the bike theft situation in the United States is almost rosy. While there was a jump in 2015 and 2016, overall the trend has been going down. The National Insurance Crime Bureau says bike theft has decreased by 30% over the decade.

So while we’re enjoying the nog, we might take a moment to spare a thought for others less fortunate — and maybe check the garage lock too.