Stage 3 of the Abu Dhabi Desert Challenge dropped Andrew Short from podium contention to 5th place overall.  A long and difficult stage, Short was doing well for most of the 430 KM stage.

During the 298 KM timed special stage that wandered south towards Saudi Arabia, Short showed excellent pace.  The FR 450 Husky was running well and Short was able to catch several riders that had started earlier than he had. 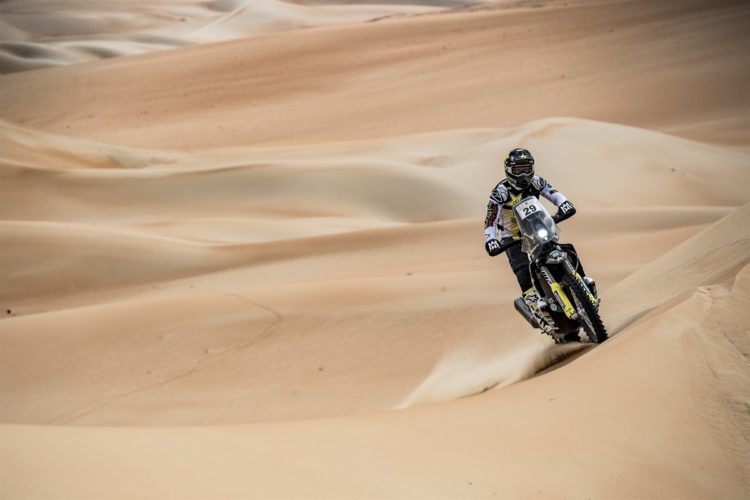 Unfortunately, Short what was forced to stop to deal with what was reported to be “a small technical issue”.  Short made “adjustments” to his machine and was able to carry on and finish the stage.

But the damage was done.  Short’s time of 4:40:51 dropped him to 11th on the stage and fifth overall with a total time of 11:45:00.  Catching the leader Sunderland will require Short to make up almost 45 minutes over the remaining two stages.

Short had this to say about his stage 3 finish:

“Overall, it was a really good day for me, it’s just a shame I had a small issue near the end of the stage. I set off with a good pace and when Sam passed me midway through the special, I was able to stick with him. The terrain after the fuel stop looked amazing – it was like a different planet out there with a mixture of white and red sand. Things were going really well, but unfortunately, with about 17 kilometres to go to the finish, I had a little issue with the bike. Thankfully, I was able to sort the problem but I lost some time doing so. It’s knocked my race result a little, but it’s better to fix it and get going again rather than the alternative.” 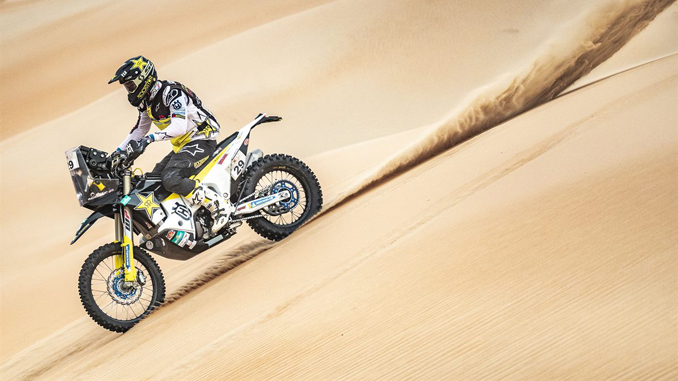 Short on the featureless sand of the UAE. Photo credit: Husqvarna

Still in the running for a podium

Anything can happen during rally competition so short is not out of the hunt.  But it’s clear he’s going to have to find some time and have the bike run flawlessly under him.

Indian Rolls Out The 2021 Chieftain Elite

North America will get the much-upgraded Honda NC750X