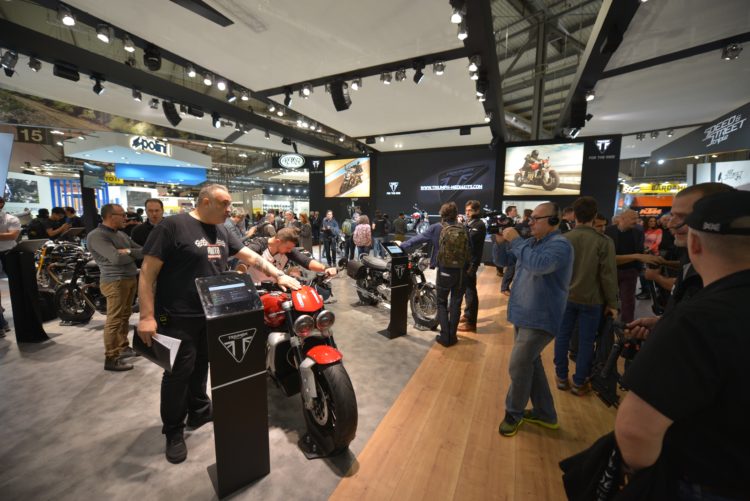 Triumph came out strong at EICMA this year, with some new exciting revisions of its successful models There was a restyle for the fast street and Speed Triple and new headlights for the adventurous Tiger; but the show was certainly stolen by the Triumph Rocket 3 R and GT.

This hybrid custom/touring motorcycle aims to take market share from the big sport cruiser market but bringing to the table a classic and more custom look.

The result is a thrilling inline three cylinder 2500cc engine with 167hp at a low 6000 rpm; these specs are what makes this motorcycle one of the most acclaimed of the show. 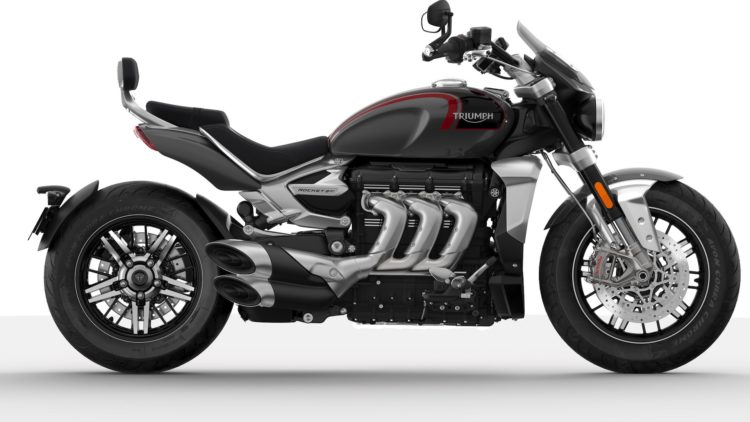 Along with the new look also comes an improvement in terms of weight, resulting in a 20 kg less weight than its predecessor.  Weight is usually a weak point for this kind of motorcycle so the British brand decided then to install the now popular “hill hold” system, to avoid accidental rollback on inclined surfaces.

Triumph didn’t leave technology aside for this one, equipping the bike with both cornering ABS and traction control. USB charging and Bluetooth connections are also available, along with a Google Navigation system and GoPro compatibility. Configurations will be manageable with a MyTriumph app that allows riders to customize some of the functionalities of the bike.

Triumph managed to deliver an exciting bike capable of attracting the attention of both young and old customers; a perfect fusion between the old style of custom bikes with the technology of modern touring bikes.