Triumph has released more information for its thoroughly revised Rocket 3 R and Rocket GT.  The new machines will be available in the US and Canada by December.

The British manufacturer says that the new Rocket 3 R is the ultimate muscle roadster with world-leading torque, control, comfort, and capability. 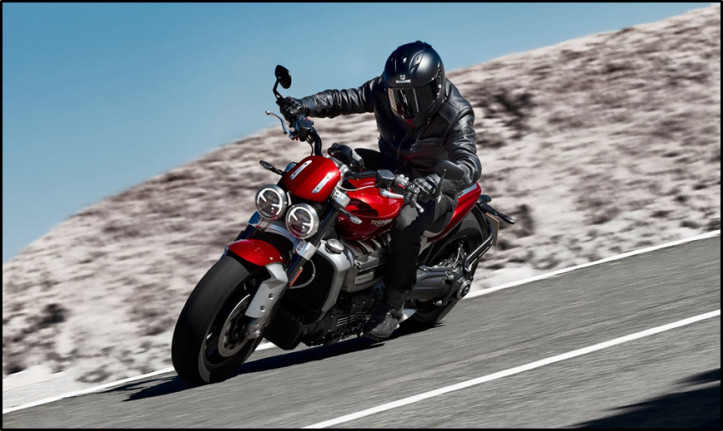 Triumph’s new 2020 Rocket 3 will be available in dealers by December.

The Rocket GT is the more touring-oriented model with superior comfort, a more laid back cruiser style, and touring capability.

Triumph backs up its muscle claims with the largest motorcycle engine from all but boutique manufacturers.  (Yeah, we know there are V-8 engined bikes out there).

Both machines feature Triumph’s all-new 2,500 cc triple engine.  Each produce a claimed 165 HP @ 6,000 RPM.  That figure is 11% more horsepower than its predecessor.  But perhaps more impressive is the engine’s torque. 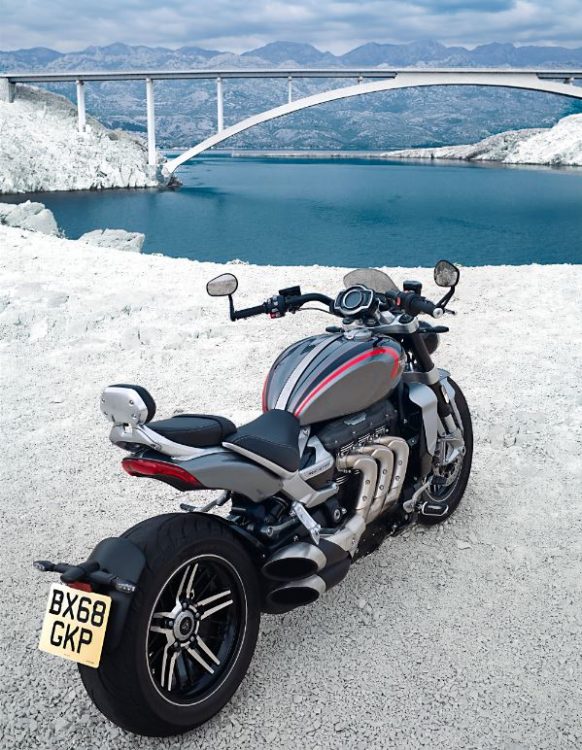 The Triumph Rocket GT is the more touring-oriented of the two new Rockets.

According to Triumph, the Rockets deliver the highest torque of any production motorcycle and provide 163 LB-FT @ 4,000 RPM of stump-pulling goodness.  That number should make most riders very, very happy.

The new machine is also claimed to be 88 pounds lighter than the model it replaces.  No matter how you cut it, that’s a lot of weight.

It’s apparent that Triumph has re-envisioned the Rocket.  More power and less weight must be good things, shouldn’t they? 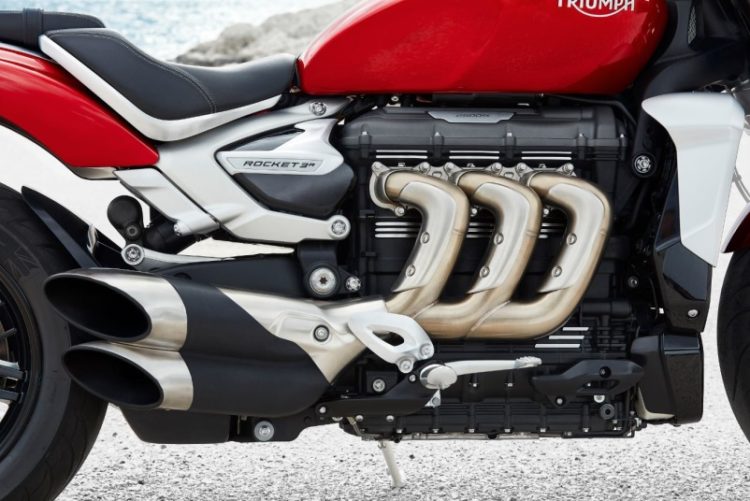 No matter how you look at it, the Rockets pack a huge engine.

Well, we’re going to find out.  We’ll be test riding the new Rockets soon and will have a full review in the not too distant future.