The Triumph Rocket III began life as a marketing exercise.

Eager to break into the US cruiser market, in 1998 Triumph began drawing up a design based on their theory that since bigger is better in the US, they needed to make a bigger bike.

The Rocket III was originally given an inline-three 1600 cc motor and radical design elements.

But then Yamaha released the Road Star Warrior (1670 cc) and Honda the VTX1800. At the same time, focus groups in the States rejected the look of the original concept. 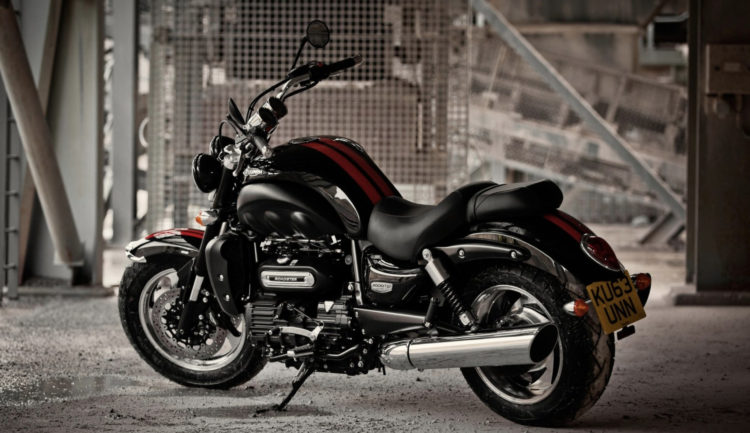 Since the Rocket III was a bike based more on an idea than a need, the designed was pared down and simplified. And the cc’s got a boost.

The final result was a half-ton motorcycle with a 2294 cc engine. A beast with massive torque that handled well, given its size and mass. 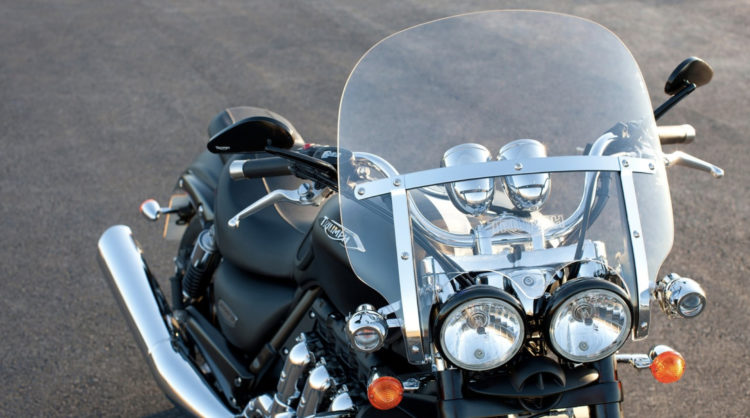 The Rocket III never made much of an impact on its target market, though.

After a brief sojourn, Triumph are reportedly about to relaunch the Rocket III. 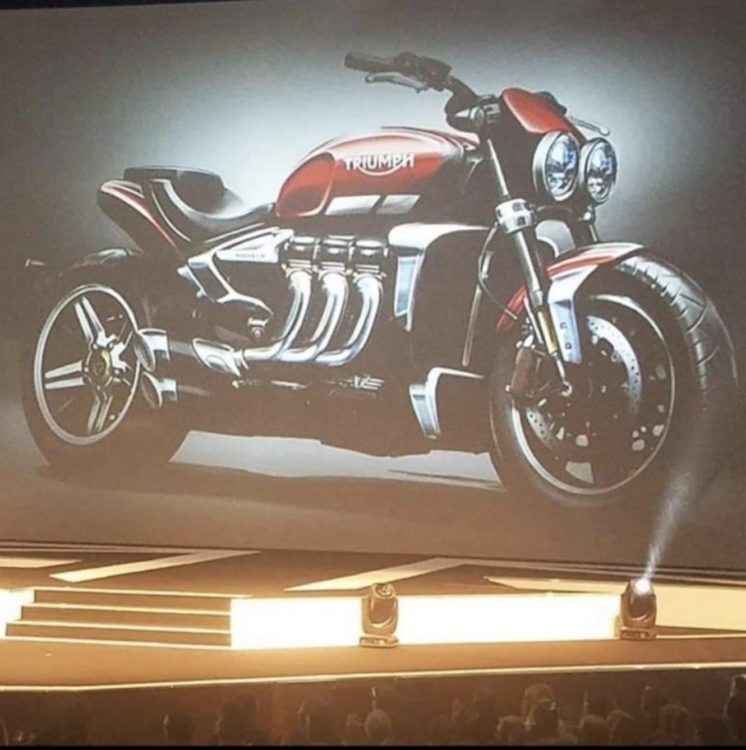 And true to form, they’re making it bigger, this time to fend off the Ducati Diavel. In a closed-door meeting with British dealers in October, Triumph showed a drawing, and rolled across the stage a test mule, sporting a 2500 cc engine that will make a reported 180 horsepower.

It retains the single-sided swingarm that incorporates a shaft drive. Observers say it now has a single shock (which may hint at a chassis redesign) and a shorter twin exhaust. 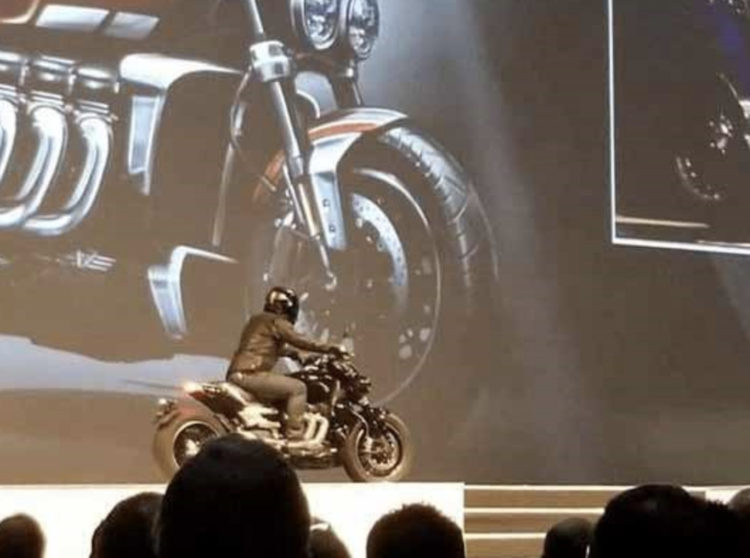 Officially, Triumph are keeping mum about the revamped Rocket III (although those “leaks” from the dealers-only meeting might well be their own work, to generate buzz.).

But reports suggest they’ll announce it in early 2019, with sales to begin in the summer. No word on price, which touched $16,000 for the previous incarnation.