It may be that the tide is turning.  Two more “major” motorcycle manufacturers have provided hints that they too are looking to produce electric motorcycles.  Recently Honda unveiled a concept electric dirt bike and now, both Kawasaki and Triumph have appeared to jump on the bandwagon.

The two drawings expose some interesting features of the machine.  One drawing shows what appears to be a battery pack positioned below a dummy fuel tank. It also shows a large air scoop positioned at the front of the bike (Drawing items 50 and 50a).  Its location suggests that the scooped air may be used to cool the battery and/or the motor. 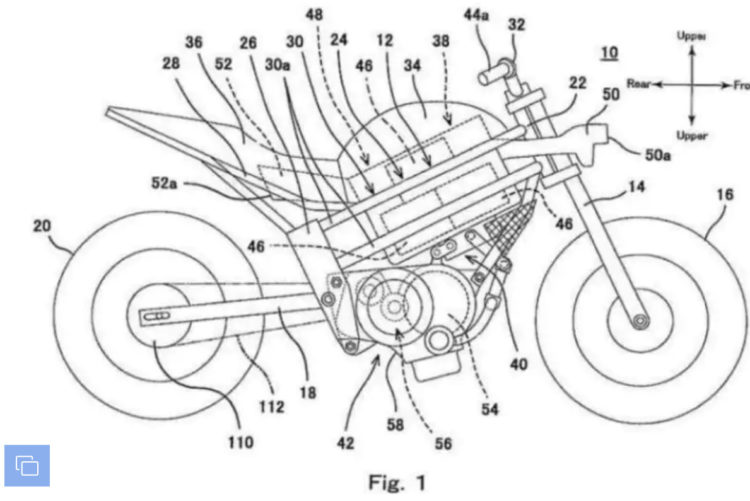 The drawings also point to a potential gearbox.  A gearbox would certainly make the bike feel more like a motorcycle.  It’s too early to know for sure whether Kawasaki will bring an electric motorcycle to market.  But it’s clear that Kawasaki has more than a passing interest in electrically powered motorcycles.  Whatever they has up their sleeve, it will be interesting to have the “major” manufacturers playing in the electric motorcycle market. 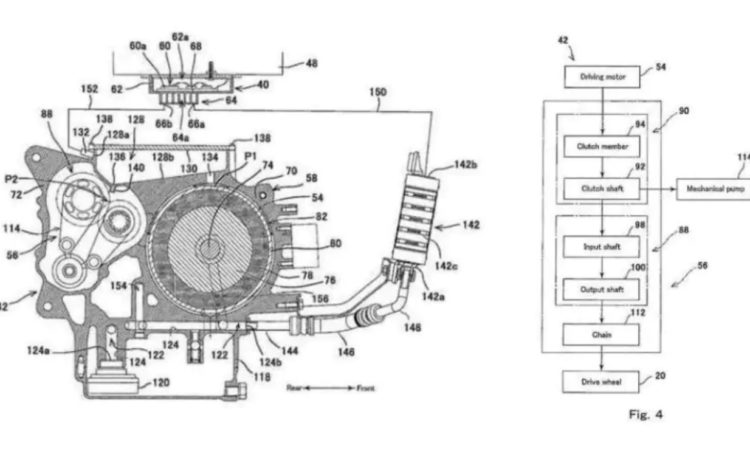 We’ll keep you up to date as details emerge.

How to ADV on a vintage bike